Within the next week the SUP world will see a new Standup Paddling World Tour World Champion crowned. There’s bound to be upsets from local wildcards, heated battles for the crowns, and of course, an epic display of the world’s best SUP surfers all in one place. 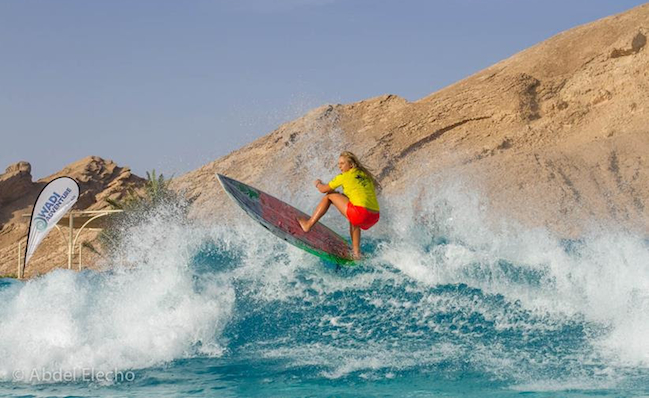 Izzi Gomez took the win in Abu Dhabi at stop #3 of the SUP World Tour earlier this year.

Young gun, Izzi Gomez (Starboard), has already secured the world title on the women’s side of the draw, but that won’t stop her from putting all her cards on the table and aiming to end her dream year on a high note. Izzi won’t find it an easy task though, she will have tough competition with #2 ranked surfer, and 2013 World Champ, Nicole Pacelli (FCS SUP) who is looking for a big win.

Then, we have an on-fire Candice Appleby (Surftech) who is coming off of a series of wins and successes in both the surf and race scenes giving her a ton of confidence. We can’t count out Europe’s shining star, Iballa Moreno (Starboard), either. She will be in her home court, looking to take the win for all of Europe. And of course, the wildcards. The wildcards here will be sure to cause an upset or two, with their home court advantage and local expertise. 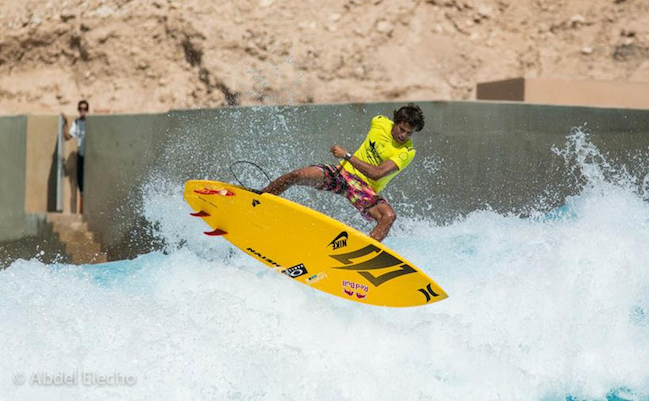 Kai Lenny, on his way to winning stop #3 in Abu Dhabi.

The men’s world title is up for grabs and it’s going to be a blood bath between Kai Lenny (Naish) and Caio Vaz (Art in Surf) to see who will take the title. These two have been neck and neck all year, both with two wins under their belts, Kai in Abu Dhabi and Huntington Beach, and Caio in Hawaii and Brazil. Kai has a slight lead over Caio, but nothing to be comfortable with. Kai has been on a recent tear of wins in both the surf and race scene and he has all the momentum pushing him towards the win but, you can bet that Caio is hungry for another win this year and will be hunting down Kai with all his might. 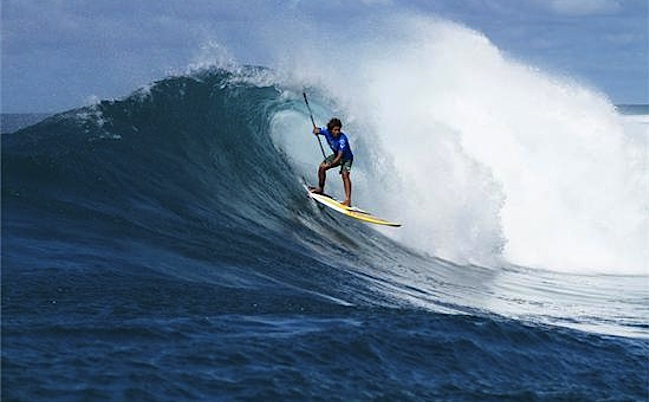 Other forces to be reckoned with this event are the usuals, Starboard athletes Sean Poynter and Zane Schweitzer, as well as the recent standout, Mo Freitas (Focus SUP) and young Tahitian, Poenaiki Raioha (F-One), who put himself on the radar with his older competitors after coming in second place at stop #4 in Huntington Beach.

The end of the season for the Standup World Tour will be sure to heat up at the La Torche Pro France. You won’t want to miss any of the action! Luckily, the Waterman’s League will be providing a live webcast so check out all the action on our homepage here!

For more info on the La Torche Pro France, head to the Waterman's League webpage here.