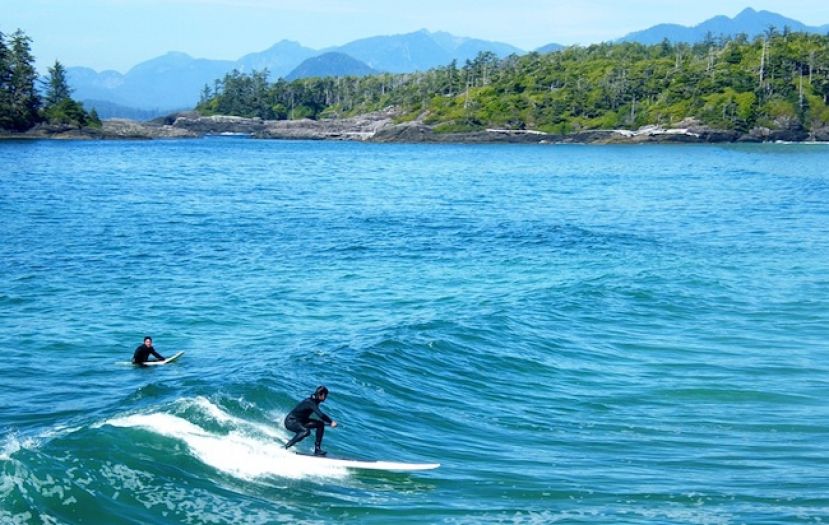 As Canada's surf capital, Tofino is a fitting host for the first sanctioned stand up paddleboard surf contests ever held in Canadian surf. The 1st Annual Tofino Paddle Surf SUP Invitational presented by Wolf in the Fog runs Saturday October 25 and Sunday October 26 at the Vancouver Island surfing destination. Find out more here.

"The best SUP surfers in the country will be here competing for the national crown, but we also have an amateur division for anyone that just wants to come out and compete in a fun, supportive atmosphere," says Catherine Bruhwiler, the contest organizer and owner of Tofino Paddle Surf. "It's going to be a really exciting to see all the best surfers, all in one place."

While called an invitational, the event is also open to anyone in three categories, pro-men's, women's and amateur men. As the official sanctioned Canadian Surfing Association Qualifying Event the winners of the pro and women categories will represent Canada at the 2015 ISA World SUP Games in Nicaragua. For everyone else, there's a huge draw prize bin and a raffle in support of SURF'S UP, a charity that takes autistic kids and their families paddling in Tofino, with dry suits, carbon fibre paddles and surf SUP boards up for grabs.

The event really starts on Friday night, at a pre-contest registration and competitor meeting at the Tofino Brewery. Judges will be on hand to explain the heat format and the scoring system. Unlike regular surfing, SUP surfing is scored on not just the wave riding, but also the paddling through the waves, adding to the challenge.

"The winners are going to have to be really well rounded SUP paddlers," says Bruhwiler.

The contest begins on Saturday morning, the actual venue will be decided on the morning of depending on weather and swell conditions, and runs through the day with heats in the various divisions. The top two surfers in each heat move on to the next round. The competition continues through Sunday. There's also a body surfing expression session for those that prefer their waves without accoutrement. An awards banquet follows the surfing at Wolf in the Fog, a Tofino restaurant specializing in local ingredients.

Heats are filling up with competitors coming from Tofino, Victoria and the rest of Vancouver Island, Vancouver and also much farther east. A surprisingly large contingent are flying in from Ontario and Nova Scotia to challenge for the title.

"This will be the first time we're going to have a truly national battle for who will represent Canada at the World's," say Bruhwiler. "I think the competition will be fierce. It's going to be a fantastic weekend for stand up paddling in Canada."

Find out more at tofinopaddlesurf.com under Surf.