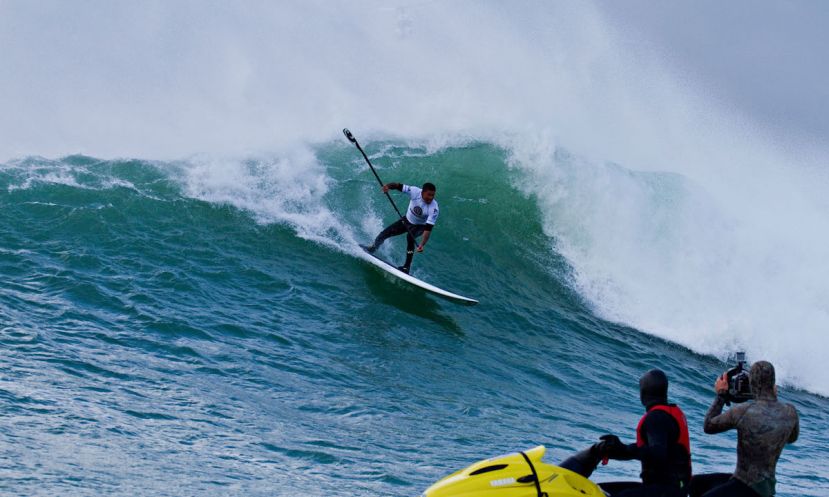 AUCKLAND, New Zealand - The Ultimate Waterman is partnering with Dolphin Surf Craft to give its athletes the opportunity to ride boards developed and manufactured using world leading technology by New Zealand company Kinaroad. Kinaroad has developed revolutionary design software and a propriety robotic shaping solution that enables precision shaping and increased efficiencies. Based in Auckland, the company is selling the technology to board manufacturers around the globe and has the backing of Callaghan Innovation.

The search to find the world’s best all-round waterman takes place between March 12-20 in Auckland and throughout New Zealand. Eight of the world’s finest waterman will compete in eight disciplines: short and longboard; stand-up paddle and endurance; waka-ama; big wave paddle in surfing; underwater strength run and swim; prone paddle board.

Dolphin Surf Craft will give athletes the chance to get customized boards from its stand up paddle brand “DEEP Ocean Boards” and its prone paddle board brand “Dolphin Surf Craft”. While a few of the athletes are sponsored and will ride their own boards, the majority are set to take up this opportunity. The partnership means that these brands will be seen internationally including in a documentary series that will be produced by New Zealand production company AJS Films on behalf of Red Bull TV.

Greg Townsend, chief executive of The Ultimate Waterman and Surfing New Zealand, says part of his vision when developing the event was to give the opportunity for New Zealand surfing and its associated businesses to gain exposure on the world-stage. “Dolphin Surf Craft is an example of a business using innovative New Zealand technology in the development of its boards. We’re pleased that we can partner with this company to help our athletes perform at their best,” says Townsend.

Jo Percy of Dolphin Surf Craft NZ says becoming the preferred equipment supplier for The Ultimate Waterman provides a good opportunity to get valuable feedback on the product. “We can’t wait to have guys of this calibre riding our boards. We hope to get feedback from them which we can use for further development of some exciting new technology we are testing with Kinaroad. We also hope the exposure will open more doors for us internationally for our DEEP Ocean Board range,” says Jo Percy of Dolphin Surf Craft.

Each board will be custom made to each athlete’s specifications, such as their paddle style and weight. The board will then reflect each individual's personal preference including design and colour and is planned to feature the athlete’s country of origin and personal signature.

Confirmed locations for the competition and public events are Piha, Takapuna Beach and Auckland Viaduct in Auckland. Other potential competition locations include Great Barrier in the Auckland region; Coromandel Peninsula, Gisborne and Mahia on the East Cost of the North Island; Raglan on the West Coast of the North Island; Fiordland, Dunedin (North and South coasts) and Catlins in the South Island. Final competition locations for each discipline will be determined by where the surf conditions are best and are decided between 1-2 days prior.

To see more news on The Ultimate Waterman, click HERE.

More in this category: « Purps Welcomes Candice Appleby To The Team Kayalu Introduces Kayalite-SUP™ Light For Stand Up Paddle Boards »