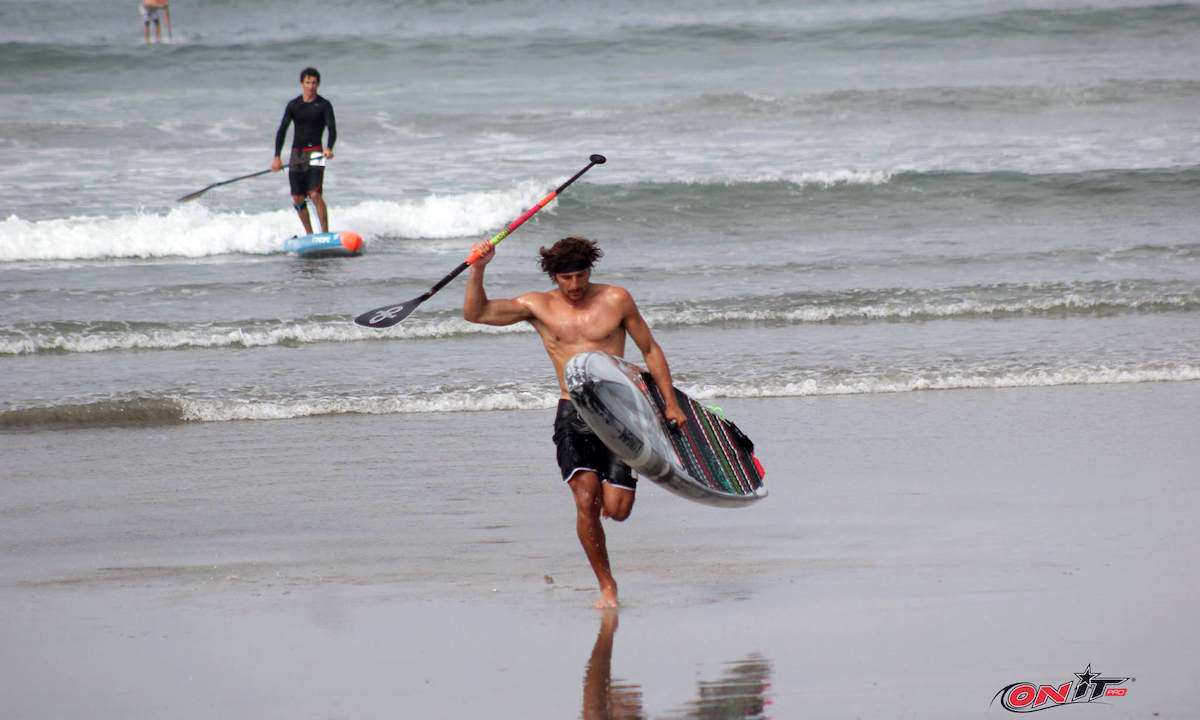 Giorgio Gomez coming up the beach for the win in the Men's Technical race. | Photo: Onit.Pro

OCEANSIDE, California - After a weekend filled with anticipation and excitement surrounding who would make team USA for the 2017 ISA World SUP and Paddleboard Championships we’re happy to announce the athletes that made the cut.

As the first trials event for team USA in years all the best up-and-coming athletes from across the country showed up to Oceanside North Jetty to compete for their spot on team USA. In the men’s technical sprint races darkhorse Giorgio Gomez who’s better known for his stand up surfing blew away the spectators by getting a quick lead at the start of the race and holding it all the way through to the finish, securing one of two spot for the men’s racing on team USA. It was truly a battle for second between Slater Trout and Ryan Funk for the second and final spot on the team. Funk was able to finish just ahead of Trout securing his ticket to Denmark in just a few months.

For the ladies, it was no surprise that Candice Appleby showed up and proved to everyone why she not only is a former Gold Medalist at the ISA Games but also why she deserved once again to represent the USA in 2017. Appleby controlled the technical race for the ladies and came out on top to no one’s surprise. Like the men’s race it was a battle for second place with APP World Champion Fiona Wylde who looked to be the one to get the second spot but ultimately lost out to young Jade Howsen who ousted Wylde in the sprint up the beach to the finish.

The surfing portion of the USA team trials was just as exciting as the racing. 2x ISA Gold Medalist Sean Poynter showed up and wow’d the crowd posting huge scores throughout the entire event securing the top spot heading into Denmark. Doing double duty in this event didn’t slow down Giorgio Gomez as he made it to the finals in the surf division and secured the second slot on the surfing team. Gomez is the only competitor to have qualified for both surfing and racing on team USA. 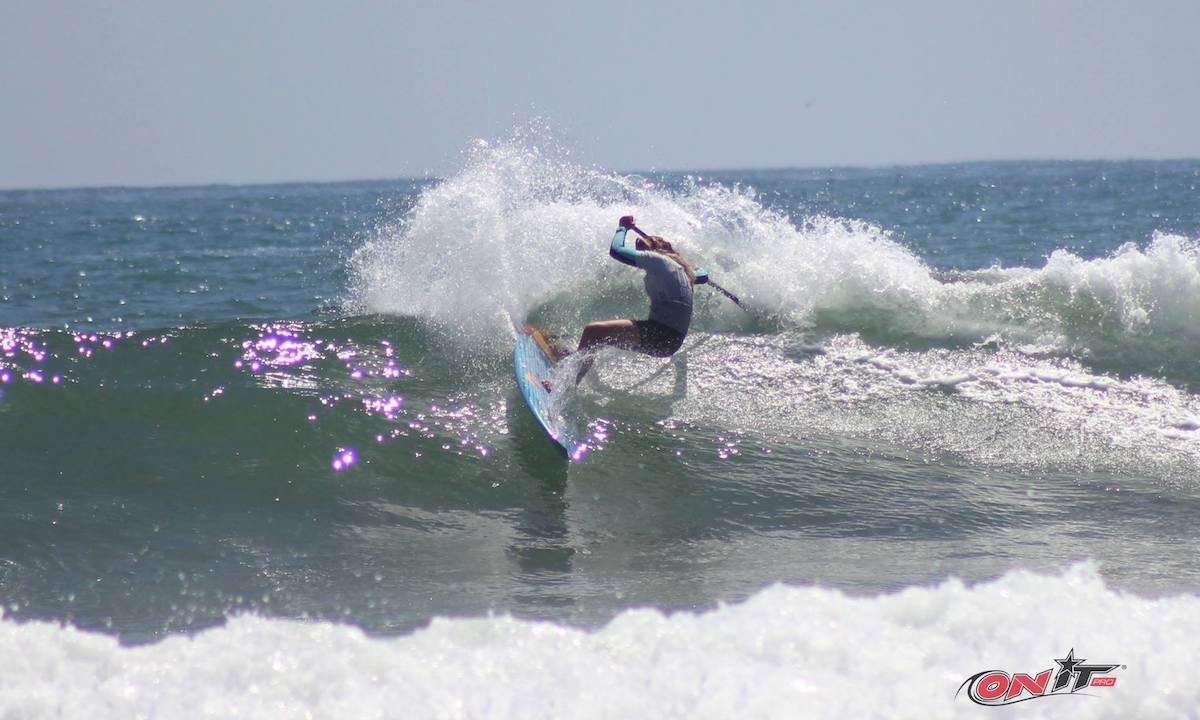 For the ladies it was a battle between former ISA Gold Medalists Izzi Gomez and Emmy Merrill who hold three Gold Medals combined (2 - Emmy Merril, 1 - Izzi Gomez). In typical fashion for the World Champ and Gold Medalist Izzi Gomez, progressive and powerful surfing were on display easily earning herself the top spot on the women’s USA surf team. Merrill, who has been taking a break from competition over the past few years to focus on her studies showed no slowing down and gained the second spot on the team behind Gomez and just ahead of Candice Appleby. 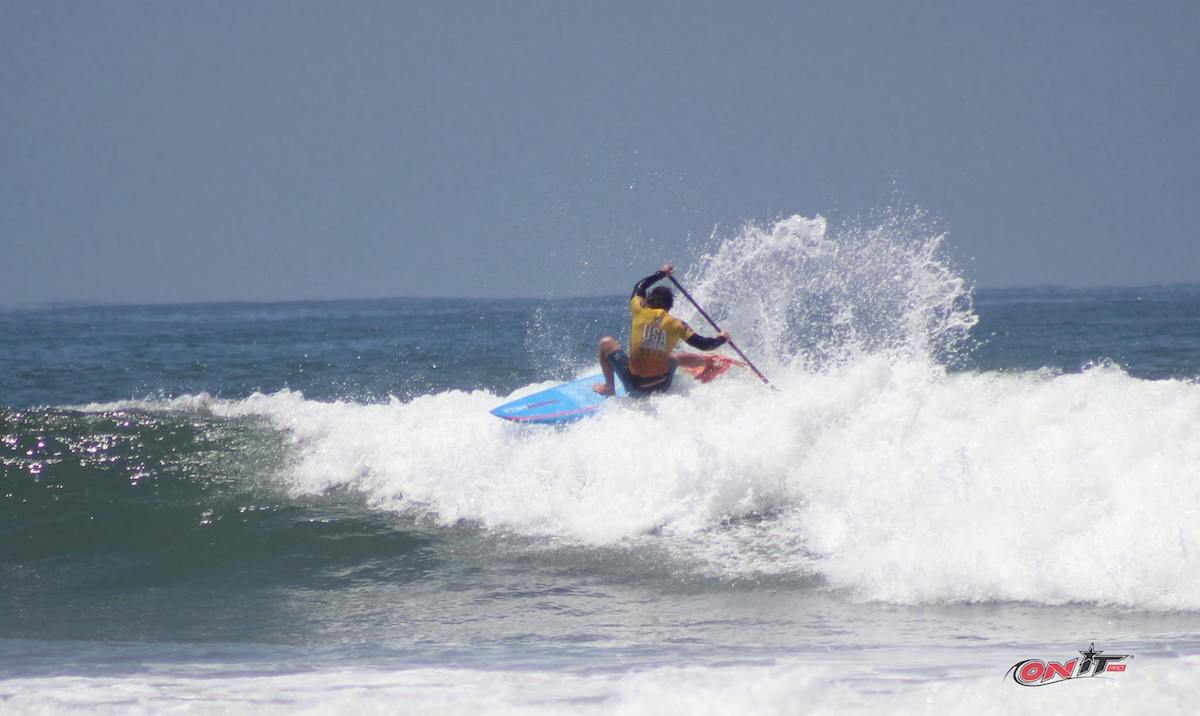 While only 4 spots were available per discipline (two men, two women) the event showcased the exceptional talent of the USA athletes. The current pros showed up and performed and the up-and-coming youth came to put their names on the international map and did just that. Congratulations to all competitors on an exceptional job.

For more news on the ISA SUP and Paddleboard Championships click HERE.