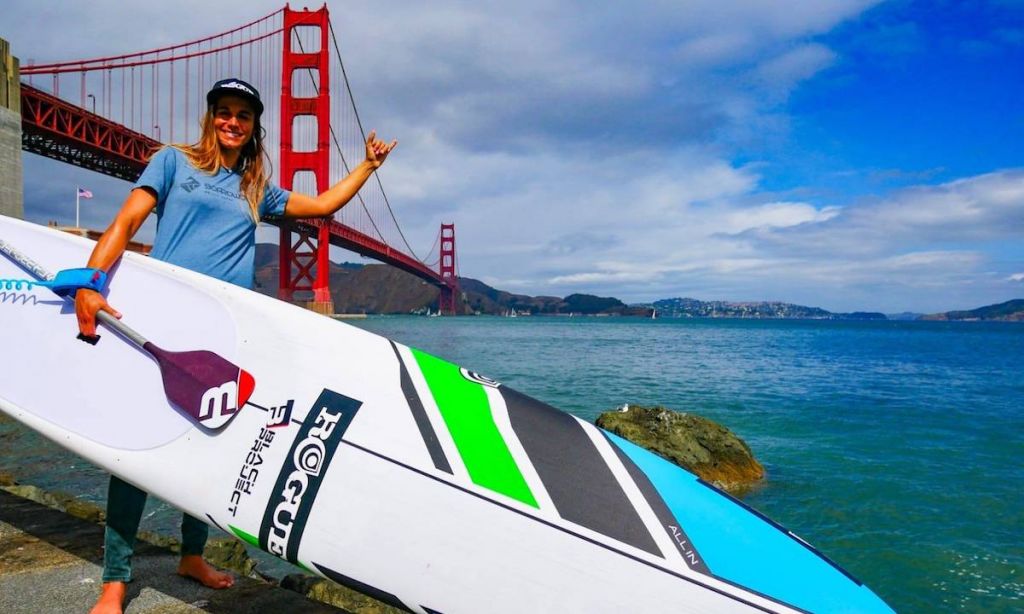 SAN FRANCISCO, California - At the start of September, French rider Olivia Piana said farewell to her then sponsor 425 Pro, thanking the brand and giving them her well wishes. Her unexpected departure had many guessing as to what would ultimately be her next move. Fast forward a month and on Wednesday, October 3, 2018, all rumors have been laid to rest as the #2 World Ranked paddler has officially announced her partnership with Rogue and Boardworks.

Her switch comes just in time for one of the largest races of the year, the Pacific Paddle Games in Dana Point, CA. With a new board under her feet, it will be exciting to see how the new Rogue athlete competes against a highly stacked field. Alongside fellow Boardworks powerhouses Mo Freitas, Fernando Stalla, and Lara Claydon, the Boardworks team is looking mighty strong heading into the final weeks of the season.

More in this category: « Seychelle and Michael Booth Take Out Battle Of The Bay World Title Showdown To Go Down At Pacific Paddle Games »