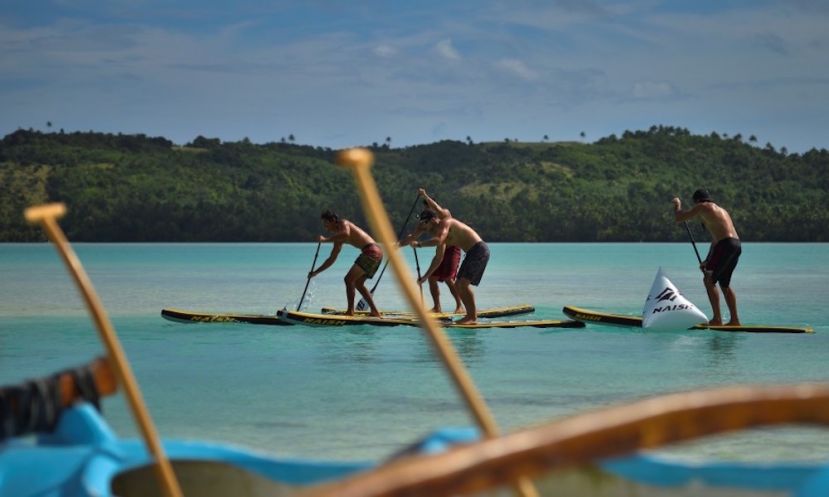 ASIA - When anyone hears KTA (Kiteboard Tour Asia), they think kiteboarding, which is fair enough as that is what they have been spearheading in the Asia region and sometimes further since they were founded back in 2009. But, you could never accuse the KTA of becoming routine or following the norm and it seems they have done it again.

Their new X-Champs format has hit the scene with quite an impact. Not only has it mixed up the kiting formats to link old and new school freestyle disciplines, {named by the KTA as Freestyle X with tech driven high-jumping WOO Big Air competitions and all levels TT kiteboard racing} it has gone a step further and hooked in stand up paddle (SUP) Racing.

SUP has of course been used by the kiteboarding world as a handy standby for the dreaded ‘no-wind’ scenario, but for the KTA X-Champs SUP is no side-show and sits on equal footing with its kiting counterparts. Although the X-Champs has now officially announced that the KTA is getting behind SUP, it has connected with SUP Racing before, most notably at the Cook Islands Aquafest and the Myanmar Wave Riders Cup.

For kiteboarders, SUP is a natural board partner to their sport. It means time on the water when the wind is not playing ball and of course it’s awesome cross-over training. The KTA was however pleased to see that it was not only the kiteboarders who took part in the SUP Racing at the Vietnam X-Champs, but also a number of SUP specialists, who wanted to see what all the fuss was about and soak up some of that KTA atmosphere.

With brand partners Starboard, SUP Racing looks like it is here to stay as part of the KTA X-Champs for the future. In addition the KTA crew is also looking at further opportunities to work with the SUP world and grow the sport further in the region. So watch this space as they say and feel free to drop the KTA a PM if you want to get involved further.