Awards
updated 8:00 AM PST, Mar 1, 2020
Headlines:
Nutritional Tips for Finding Balance On : Professional and competitive stand-up pa
Tenth Anniversary Carolina Cup Gains Key: The Carolina Cup, one of the largest gat
Weekly Recap 2/25/2020: Welcome to the Supconnect Weekly Recap,
SUP Surfing - Things To Know: Ever wonder what you need to know when i
SUP Pictures By Sam Aiken Photography: In our photography series that showcases
4 Hot Spots In Southern Oregon: The whole state of Oregon is absolutely
Tricks for Making SUP-ing Just as Easy a: Older adults who participate in regular
SIC Maui Signs Lincoln Dews to Global Te: SIC Maui just announced that champion pa
5 Tips To Help You Have A Successful SUP: With the SUP racing season right around
Weekly Recap 2/18/2020: Welcome to the Supconnect Weekly Recap, 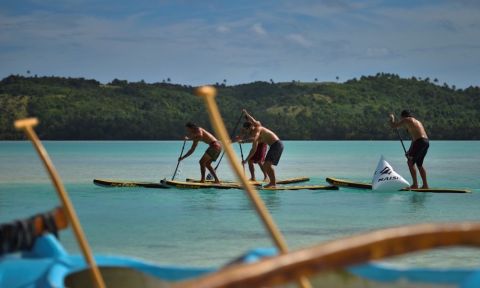 When anyone hears KTA (Kiteboard Tour Asia), they think kiteboarding, which is fair enough as that is what they have been spearheading in the Asia region and sometimes further since they were founded back in 2009. But, you could never accuse the KTA of becoming routine or following the norm and it seems they have done it again with their inclusion of stand up paddle racing.