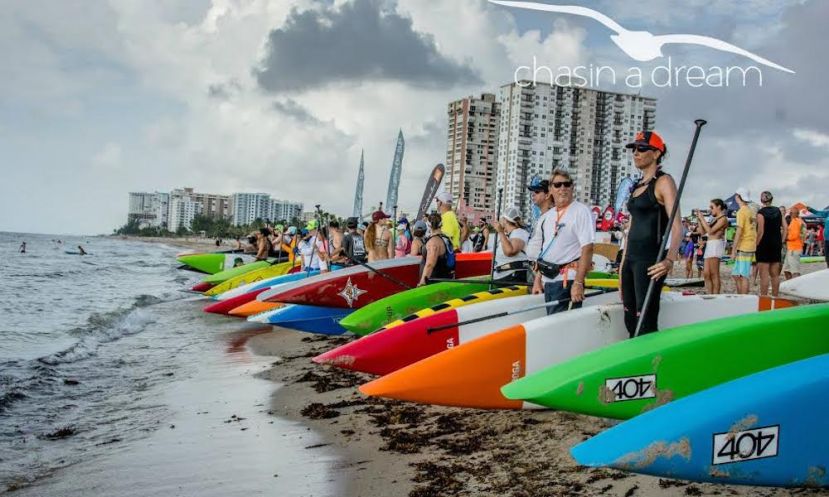 The 2015 RK Sunshine SUP Series kicked off its first race on June 27 2015 in Pompano Beach, Florida.

POMPANO BEACH, Florida - The 2015 RK Sunshine SUP Series kicked off its first race on June 27 2015 in Pompano Beach, Florida. This year the race was hosted by Island Water Sports and brought in over 100 racers, the youngest racer 12 years old and the oldest 75 from everywhere in Florida, the US and even the Caribbean, some racers the top in the Nation. This event benefits the Broward Childrens Center.

Race Directors, Roray Kam and Victoria Burgess, bring this standup paddle board race series twice a year to Pompano Beach, Florida, which features a 3 mile recreational race and a 6 mile elite race. The race is an ocean race and includes buoy turns and a beach run in between laps.

The morning of the race was beautiful with off shore winds and a flat ocean, however as the races approached, so did a storm over the land. The winds started kicking up and created some chop on the ocean, which presented fun but challenging conditions. After the first buoy turn, racers headed South into the headwind/chop, however the run on the way back was a fun downwind section. Hovie team rider Kieran Grant, the Elite mens 14’ champion, stated, “That was a fun race, super fun downwind and it was brutal hot!!” 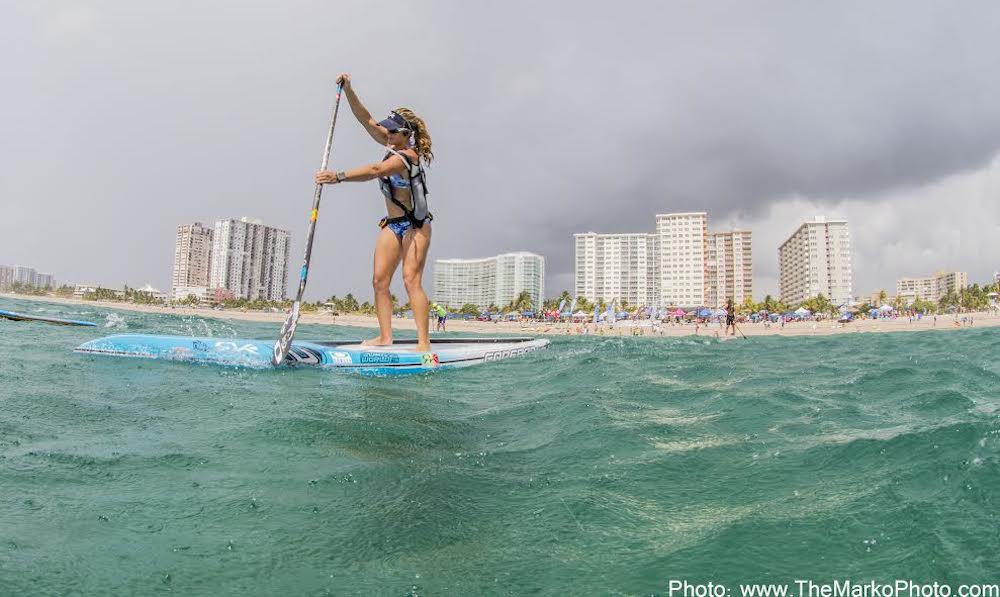 The Womens' 12'6 division was taken by Victoria Burgess with a strong finish. | Photo: Marko Photo

After the recreational race and elite race, the kids race and tandem race took place. “We love having the kids and tandem races,” stated Director Victoria Burgess. “Yeah, the competition during the main races is fierce, but then you see the little ones on the boards or you team up with a friend to tandem battle and you cant stop laughing. It closes out the day with remembering what this sport is all about, the comrade and fun of the paddle community.”

“We strive to bring the ALOHA and true meaning of the love for the ocean to everyone through this race, in and out of the water,” Director Roray Kam says. “It is truly a fun filled beach day for everyone.” The next race will be held on Pompano Beach, August 22, 2015. Stay tuned for more info and event previews for the Sunshine SUP Series.