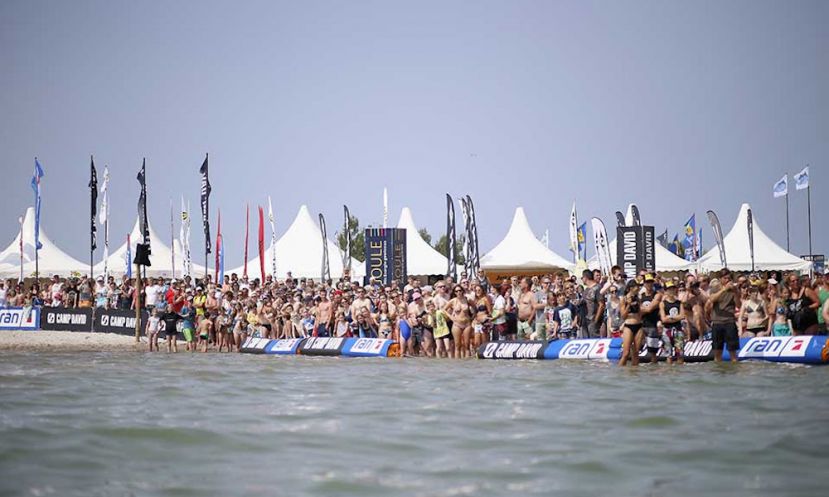 The scene is set for one of the most dramatic showdowns of the year as the Mercedes-Benz SUP World Cup will kick off on the 24th. | Photo Courtesy: Waterman League

SCHARBEUTZ, Germany - The German stop on the Stand Up World Series has long been a gold standard for the sport of Stand Up Paddling, with a unique festival atmosphere, thousands of spectators and show to remember featuring the World's very best athletes. In 2016, the bar will be set even higher, as Mercedes-Benz has stepped up as a Title Partner and the event will be hosted in an exciting new venue that will bring the event to life for athletes and spectators alike.

With $25,000 prize-money at stake, vital points on the World Championship Series up for grabs and the world watching on, the stage is well and truly set for a memorable weekend of racing from the 24th - 26th June in Scharbeutz, Germany at the Mercedes-Benz SUP World Cup. Check out the trailer below and stay tuned for build up, live updates and highlights from this all important 2nd stop on the Stand Up World Series at www.watermanleague.com 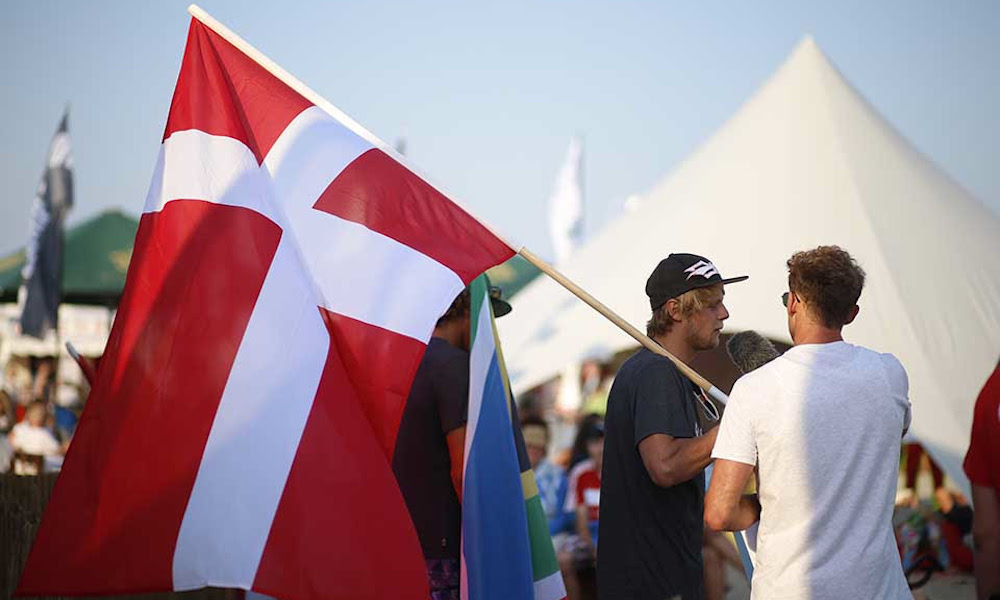 Casper Steinfath will be wearing the yellow jersey with the target well and truly on his back coming into stop 2 of the World Series. | Photo Courtesy: Waterman League

Naish SUP’s Casper Steinfath has been going from strength to strength on the World Championship Series, finishing in a well deserved 3rd place overall last year, winning the European Cup last summer and now coming into 2016 refreshed, well trained and hungrier than ever. His performance in Japan was a testament to this, as he was able to overcome one of the toughest fields of competition yet to take the win at Stop 1 of the 2016 Stand Up World Series. As a result, he will be wearing the yellow jersey coming into Germany and will have a target squarely on his back, as he will look to continue his winning form and maintain his position on top of the World. He will gain confidence from the fact that he will be just over the water from his homeland of Denmark, as there will no doubt be a fair share of Danish representatives on site to cheer on their Champion.

However, behind him is an exciting roster of talent, all waiting to take him down here at the Mercedes-Benz SUP World Cup in Germany, from the usual suspects such as 2014 World Champion Connor Baxter (Starboard), the Italian Leonard Nika (Starboard), the Frenchman Arthur Arutkin (Fanatic) and the ever dangerous Australian Jake Jensen (Fanatic).

Watch out also for the phenomenal talent from the North Shore of Oahu Mo Freitas (Focus SUP) and the up and coming, not so dark horse now, Michael Booth (Starboard) from Australia not to mention the brothers from Hungary, Bruno & Daniel Hasulyo (Starboard) and of course the veteran and powerhouse from France, Eric Terrien (BIC SUP). 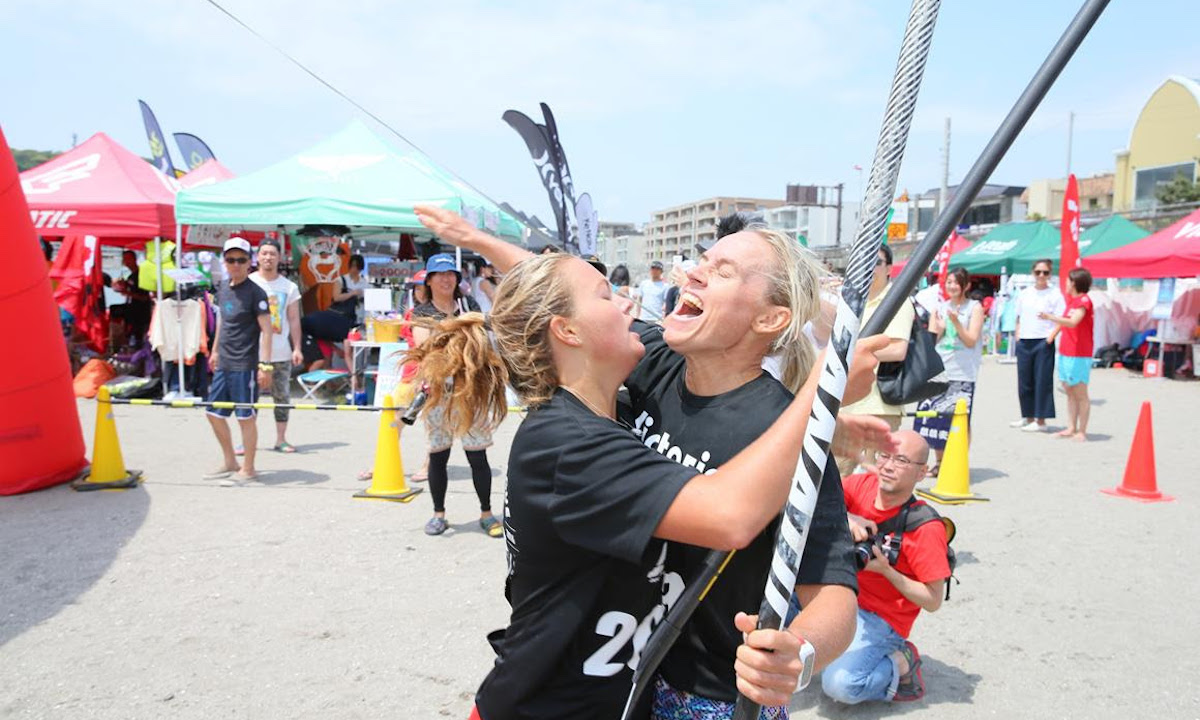 Angela Jackson is sitting on top of the leaderboard coming into stop 2 of the 2016 World Series with a wealth of talent to challenge. | Photo Courtesy: Waterman League

Angela Jackson put on an impressive performance at Stop 1 of the Stand Up World Series in Japan, where she finished in 2nd in the long distance and won the sprints, creating a tie with good friend Fiona Wylde (Werner Paddles, Starboard). With a count back calculated by time, Angie was pronounced the winner, taking the all important 1st win of the series, and garnering the yellow jersey coming into stop 2 in Germany. However, there is no doubt that Fiona Wylde is on a tear, and will be hungrier than ever coming off such a close finish in Japan, and proving herself to be such a force to be reckoned with in the long distance racing. We will be expecting big things from Fiona in Germany.

Candice Appleby (Infinity SUP) finished in 3rd in Japan, but will be looking to bring back that winning feeling over the 2016 season as we can expect fireworks as we progress through the year here on the Stand Up World Series and behind her, the wealth of European talent to be represented in Germany is not to be ignored:

SIC Maui’s Sonni Honscheid will without doubt be the local favorite, but let's not forget Manca Notar (Starboard) from Slovenia, Olivia Piana from France and a whole host of other talent from across Europe that will be stepping up to be counted in 2016. One thing is for sure, it is set to be one of the most competitive stops yet, as the women will be out in force and there to provide a show like no other at the 2016 Mercedes-Benz SUP World Cup. 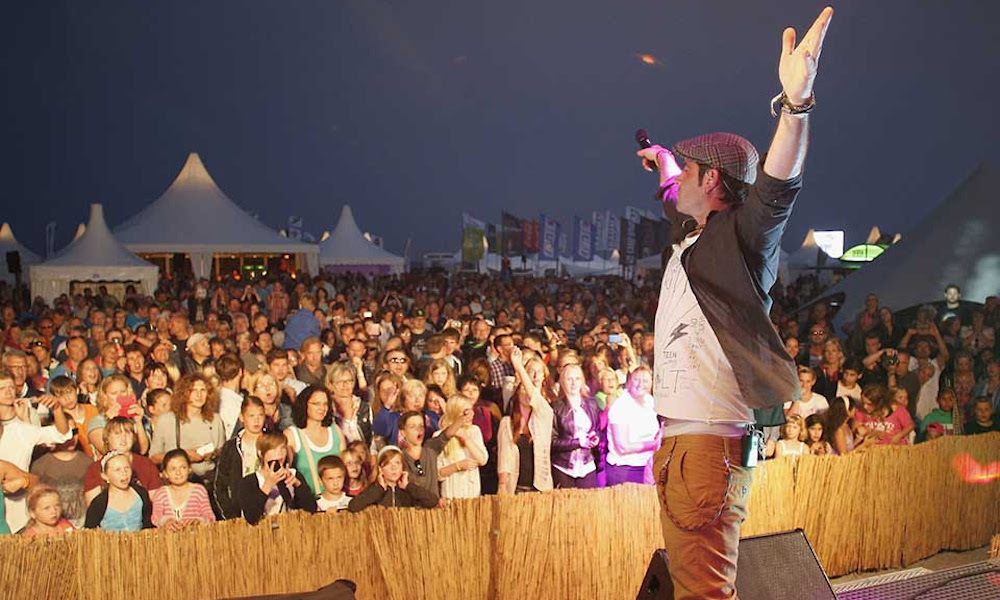 The show doesn't stop there, with a full schedule of day and evening entertainment as Germany celebrates the World's best. | Photo Courtesy: Waterman League

Aside from the Celebrity Racing, the dynamic Super Lap format for the long distance and the exciting new venue of Scharbeutz from a competitive standpoint, the event will deliver so much more to its athletes and spectators. From on site entertainment day and night, to a full social schedule, amateur racing, demos and clinics, it is all happening at the 2016 Mercedes-Benz SUP World Cup, so come join us in Scharbeutz.

Whatever happens, it will be a show to remember and a battle for the ages, so make sure to stay tuned to the World Series Facebook page and watermanleague.com for build up, trailers, live updates and highlights from this dramatic second stop of the 2016 Stand Up World Series. Check out the trailer for the event in the video below.

To see more news on the Stand Up World Series, click HERE.