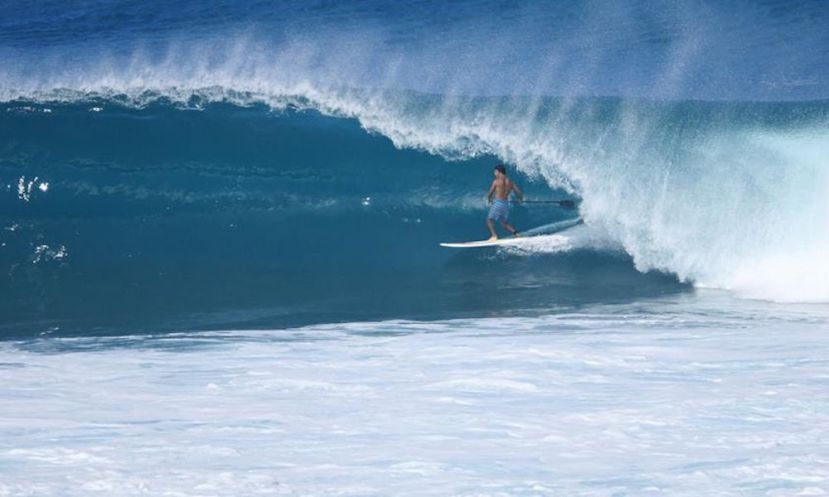 OAHU, Hawaii - After a spectacular showdown at Pipeline and Backdoor in 2016 that saw Mo Freitas (Focus SUP) put on an impressive display of skill and bravado to take the win, 2017 sees the return of the prestigious Stand Up Paddle component of the Backdoor Shootout in memory of Duke Kahanamoku.

Held at one of the World's most revered breaks, this unique event celebrates Hawaii talent in the unique Shootout format, battling it out for the prestige of being crowned Champion at the infamous Ehukai Beach Park.

As an invite only event, the featured athletes from Hawaii are selected by a panel based on their overall ability, but also their capability of taking on the challenging line up at Pipeline. As a result, the usual suspects such as Kai Lenny (Naish), Mo Freitas (Focus SUP) and Zane Schweitzer (Starboard) are involved, but also some of the legends of the spot and celebrated Watermen here in the Islands such as Kainoa McGee, Keali'i Mamala and Noland Keaulana. Here is the full list of Invitees:

The holding period will run from the 4th - 14th January, with one of the 4 days of competition being dedicated to the Stand Up, Longboard and Bodysurf divisions and it will all be live broadcast at www.immersedtv.com. Check out the highlights from last year's event in the video below.