Awards
updated 7:00 AM PDT, Aug 14, 2022
Headlines:
Global Database of Paddle Boarding Locat: A next-generation database of paddle boa
How To Ride The Line On Your Stand Up Pa: So you've gotten the hang of catching wa
Paddle Boarding Tampa, Florida: Built around the beautiful Caribbean Gul
3 Foundational Tips for Stand Up Paddle : Breathe. Focus. Center. Regardless of ex
Weekly Recap 08/09/2022: Welcome to the Supconnect Weekly Recap,
Supconnect Awards: The People's Choice 2: With the 2022 Supconnect Awards closed a
2022 Supconnect Awards Winners Announced: After more than six weeks of deliberatio
Announcing 2022's Gear of the Year Winne: After more than 6 weeks of deliberation
US Paddleboarders Benefit from savvy nav: Leading inflatable paddleboard brand, Re
4 Tips For Bass Fishing From Your SUP: A: Whether you’re an angler or a paddle boa 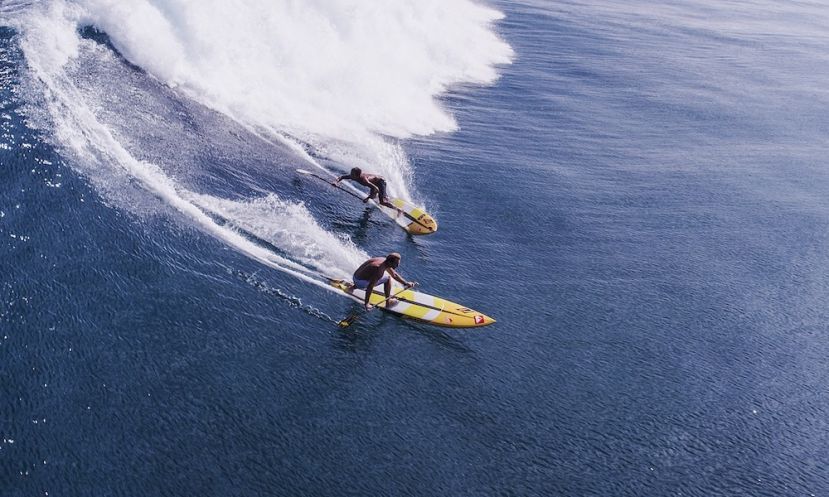 Kai Lenny and Robby Naish share a wave during the filming of 'The Search For Freedom.'

SAN DIEGO, California - The Search For Freedom is the story of a cultural revolution fueled by the human desire to live in the moment and do what makes you feel the most alive. We discover how an electrifying new world came about through pure energy and imagination and the infinite possibilities of self-expression available to anyone willing to drop in. This documentary, written and directed by Jon Long (IMAX® Extreme), is a visceral, visual experience told through the eyes some of the brightest pioneers, legends, visionaries and champions of surfing, snowboarding, skiing, skateboarding, mountain biking and more.

This revolution has been televised, but the film explores the human stories behind this movement that has spilled into primetime. Ski film Godfather Warren Miller explains that, "The basic instinct of a human being is his search for freedom." The film explores how living in the moment and doing what makes you feel most alive can be key to that freedom.

“I wanted to tell a bigger story about this movement," says Long, “Despite appearances, what drives the characters in this film is not so very different from the fuel that successful artists, scientists and entrepreneurs run on: passion, creativity, grit, and a willingness to try new things and fail.”

In The Search For Freedom, these characters are searching for something larger than themselves, whether that's an ocean, a mountain or a city street. By exploring timeless themes such as pushing your comfort zone, risk, fear and the unquenchable desire to learn, the film unravels the cultural implications of these lifestyles through candid conversation and some of the finest adventure footage ever assembled. 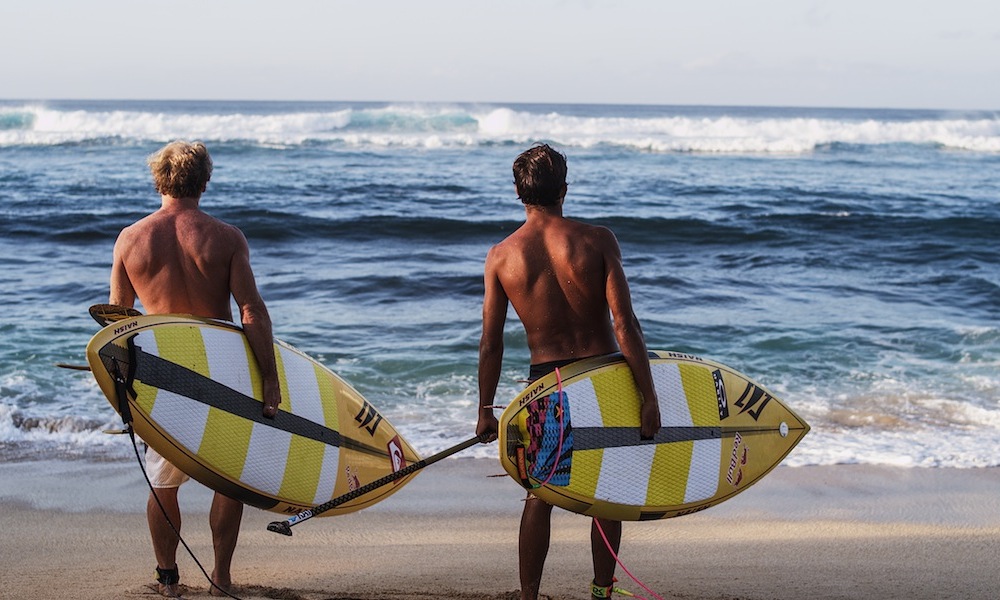 Robby Naish (left) and Kai Lenny (right) during filming for The Search For Freedom.

But how did we arrive in this world where surfing imagery in NYC subway ads greets bankers and municipal skateparks share space with baseball diamonds? Despite recent "media darling" status, these high-adrenaline activities only exploded in the last few decades because of their inherent power to change lives. Many claim that the freedom experienced when you are riding a moving wave, becoming part of that wave for an instant, is impossible to shake. It's a state of grace. And it's the same whether you're sliding on snow, skateboarding on concrete, or mountain biking through a rainforest.

Veteran surf publisher Steve Pezman taps into the source: "The wave is forming in front of you, the wave is over your head, your wake is disappearing, your footprints are washed from the beach. There’s no material production from having done it. There’s no depletion. There’s no creation. It’s just an aesthetic instant." That aesthetic instant is the real subject of The Search for Freedom.

Athlete after athlete seems to have dropped everything in their previous life to pursue these sports full time, chasing that First Day Feeling. As World Champion board rider Kai Lenny (Naish), 21, puts it: "[You] instantly feel like nothing else in the world exists. Nothing else matters. You’re living in the moment. Big waves are relative, you know? I think everyone’s a big wave surfer. If the waves seem big to you, you know...it’s all relative."

In The Search For Freedom, We meet world champions, weekend warriors, and everyone in between, and they all seem to be chasing the feeling they got on their first day. Check out the trailer below.