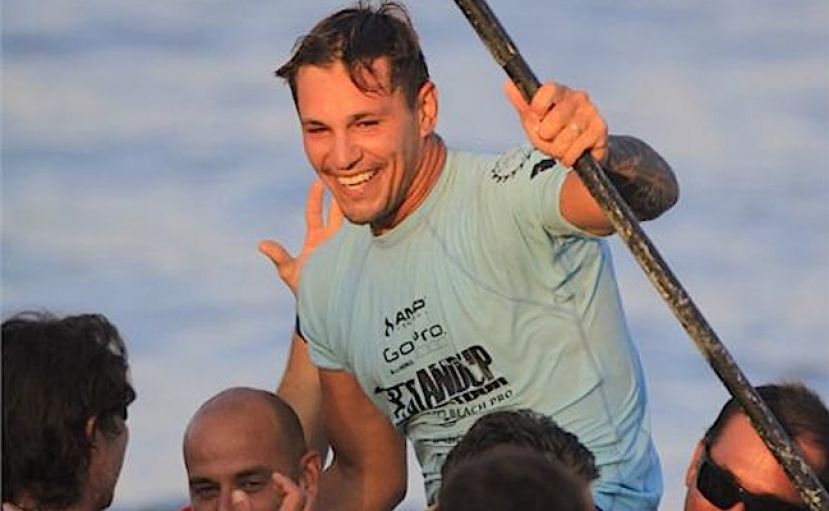 UBATUBA, Brasil - After 3 days of intense action in Itamamabuca Beach in the beautiful region of Ubatuba Brazil, Leco Salazar stormed to victory in a star studded fleet to secure the win at Stop 2 of the 2013 Stand Up World Tour. After narrowly advancing out of Semi final number 1, Leco got on a roll during the final, finding the right waves in a tricky line-up to post a string of scores in the excellent range and secured the all important win at home in Brazil.

This is his 3rd World Tour win in Brazil out of the 4 years that the tour has been in that location and is his 4th win on the Tour as a whole.  This demonstrates not only Leco's supreme expertise in Brazilian beach break conditions, but also his ability to perform in front of the home crowd.

Congratulations to world champion Leco Salazar for taking the win at the Ubatuba Pro 2013.  Caio Vaz was second, Justin Holland came in third and Mo Freitas was fourth.

This stop two of the Women's 2013 Stand Up World Tour event also proved a huge success as athletes from the US, UK, Spain and beyond matched up against the very best in Brazil, for an exciting elimination of women's action. As expected, current World Ratings leader Nicole Pacelli was on great form, making it all the way to the final, but had to submit to the critical surfing of last year's winner, Kate Brandi who went onto win the event.

Below you will find all the latest results from the overall standings in the World Tour.

More in this category: « US SUP Tour Starts Friday with $10,000 Total Purse US SUP Tour Back In Southern California »