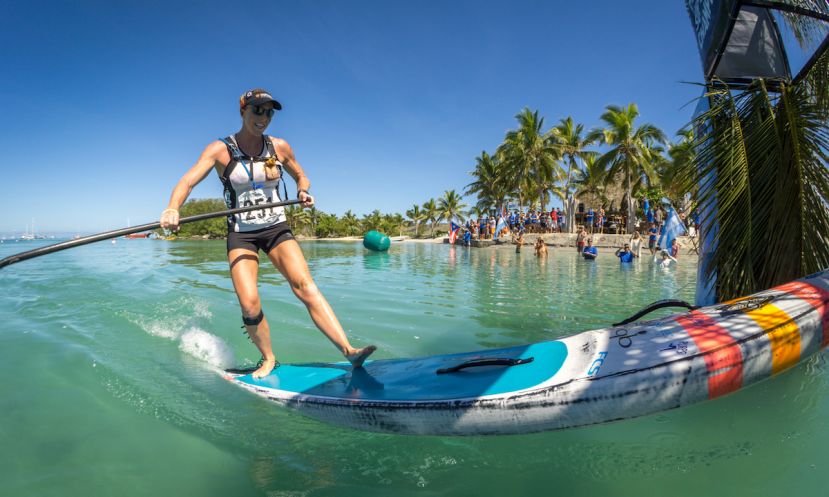 Brown’s Gold Medal on the back of Starboard SUP athlete Michael Booth’s Gold Medal in the SUP Men’s Distance Race on Thursday propelled Australia into the lead in the team point standings with two days of competition remaining. Team France and Team USA are close on Australia’s heels, respectively in second and third place.

ISA President Fernando Aguerre greeted each of the competitors, including the Gold Medalists as they crossed the finish line at Musket Cove. “These amazing, strong women put their full world-class talent on display in this distance race,” said Aguerre. “Candice and Harriet proved that they are true World Champions by delivering dominant, commanding performance on the water today.” 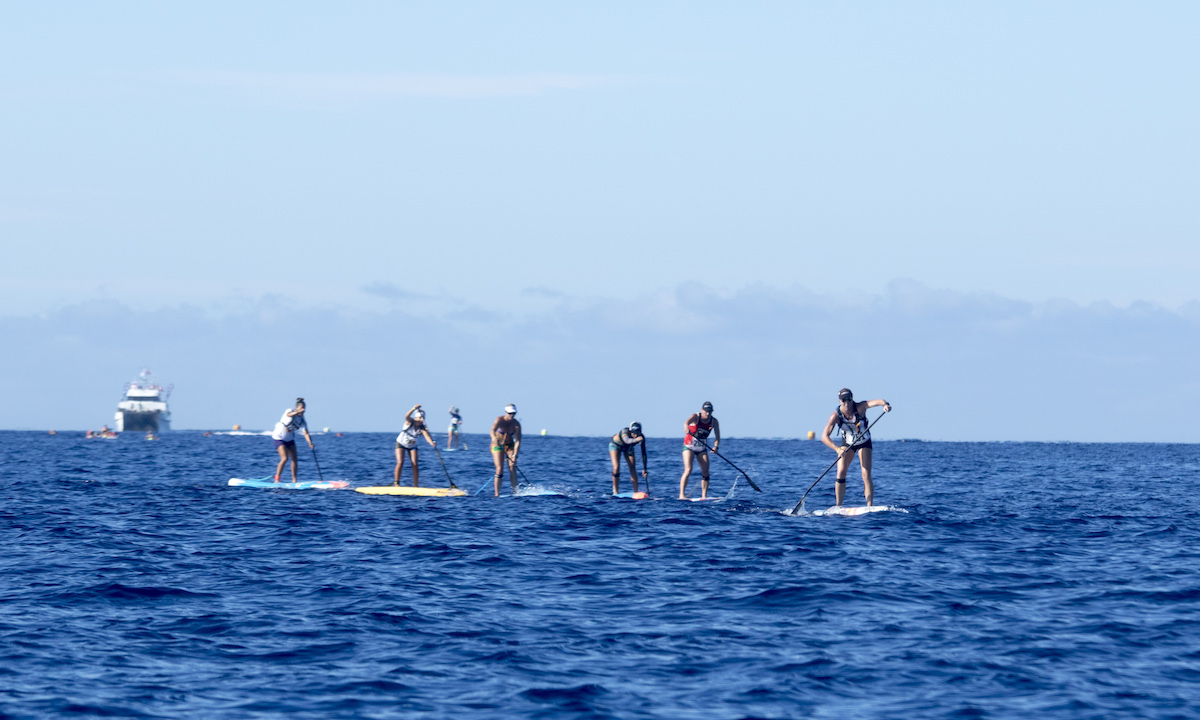 “After three days of exciting racing, we are ready for the SUP Surfing Finals, which could turn out to be a truly historic day for the sport. With a massive swell headed toward one of the best reef breaks in the world, we are going to be in for quite a show tomorrow.”

The Women’s SUP Racers took off from the start line at Cloudbreak first. The 2015 Gold Medalist, USA’s Candice Appleby, quickly jumped out to the front of the pack and by the time she was passing the island of Namotu, she had built a solid 100-meter lead on her closest competitor, France’s Olivia Piana (Starboard).

Appleby’s lead only grew, however she nearly made a costly mistake and lost track of the last buoy before Musket Cove. Recognizing her error, she corrected her course and appropriately rounded the buoy, crossing the finish line in dominant fashion with the well-deserved Gold Medal. Appleby was followed by France’s Piana with the Silver, Spain’s Laura Quetglas with the Bronze and Slovenia’s 19 year-old Manca Notar (Naish) with the Copper, the first ISA Medal ever for a Slovenian athlete. Notar is the first ever Slovenian athlete at an ISA event. 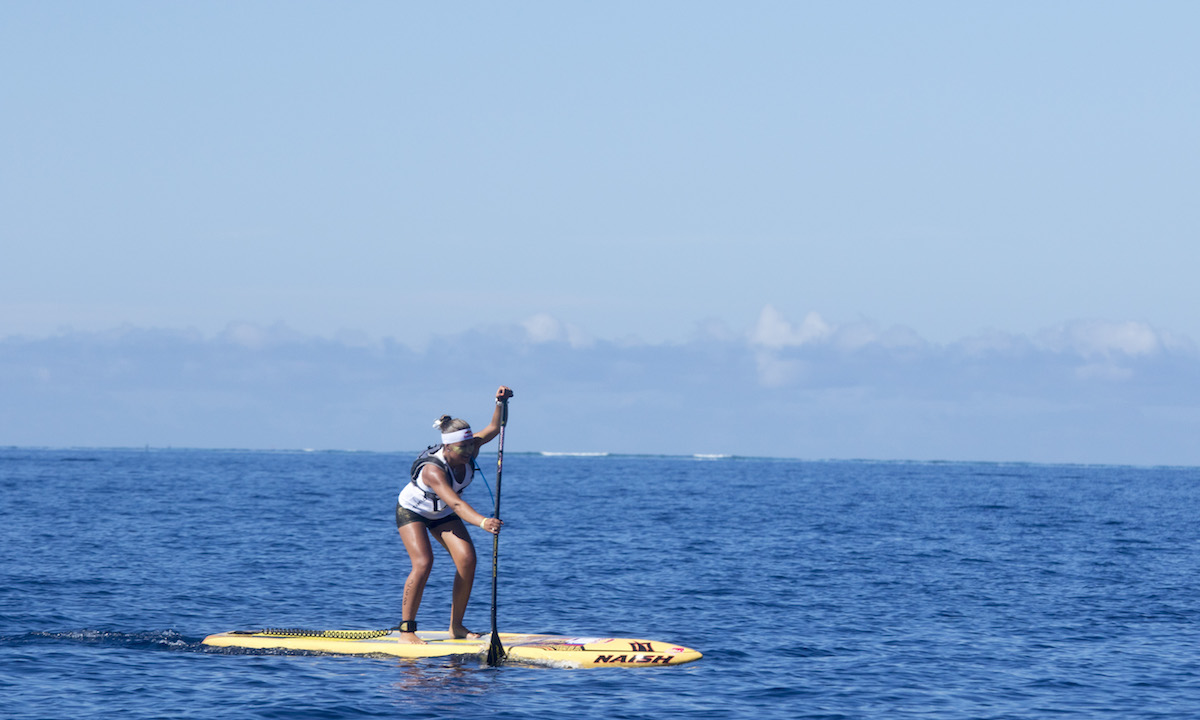 It’s amazing to win Gold for the second time in the Distance Race,” said Appleby. “It was a really hot course out there today with challenging conditions.” Appleby continued, “This event is really exciting because of the Olympic style format. I think the ISA is doing a great job of trying to propel our sport to the next level. Representing my country is like nothing I’ve ever experienced before.”

The Women’s Paddleboard Distance Race took off from Cloudbreak after the SUP racers and a two-woman race quickly developed. Australia’s Brown, who had already won the Gold Medal in the Technical Race, and New Zealand’s Dannielle McKenzie, who took the Silver in Technical Race, jumped out ahead of the pack at a blistering pace. Both riders chose their own routes and remained neck and neck all the way to the final straightaway towards the finish at Musket Cove, surpassing nearly the whole field of SUP racers despite starting the race a minute after them.

After an intense sprint in the final 100 meters, Australia’s Brown managed to build less than a board length lead to cross the line first and win the Gold Medal ahead of McKenzie who took the Silver. Minutes off the leaders, Bronze and Copper were earned by France’s Flora Manciet and South Africa’s Anna Notten. 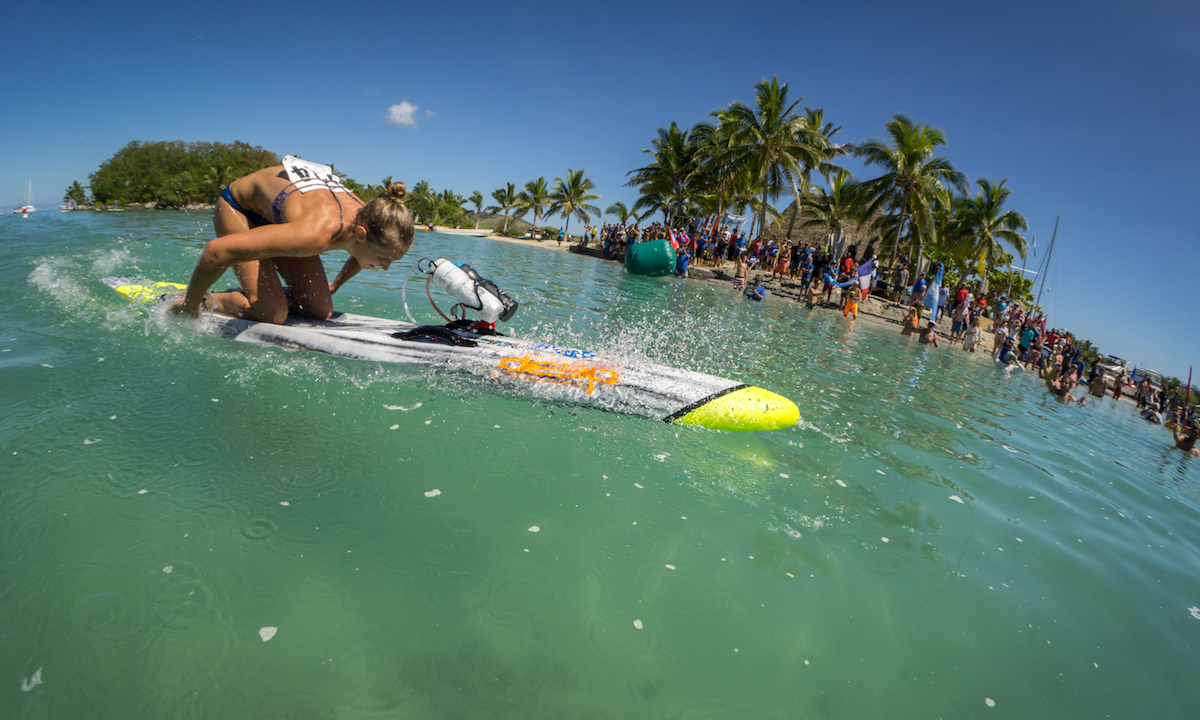 Australia's Harriet Brown at the finish to claim Gold for her country. | Photo: ISA / Sean Evans

“It was amazing having all the Aussies out there during the race as I was paddling,” said Brown. “I could hear them cheering for me and waving the flag. Danielle McKenzie and I are really good friends and we decided that we would pull away from the pack together. We worked in unison, but on that second to last buoy we stopped talking and knew it was going to be a sprint to the finish.”

The most emotional moment of the event occurred at the end of day of racing as 16-year-old SUP Racer from India, Tanvi Jagadish, showed an inspiring display of courage and determination. Representing her country in their first appearance in an ISA World Championship, Jagadish pushed through to finish the race and was greeted by parade of fellow athletes who had waited for her arrival. They accompanied her to the finish along the side of the course cheering and encouraging her in a grand display of camaraderie within the international SUP community, with tears in her eyes. 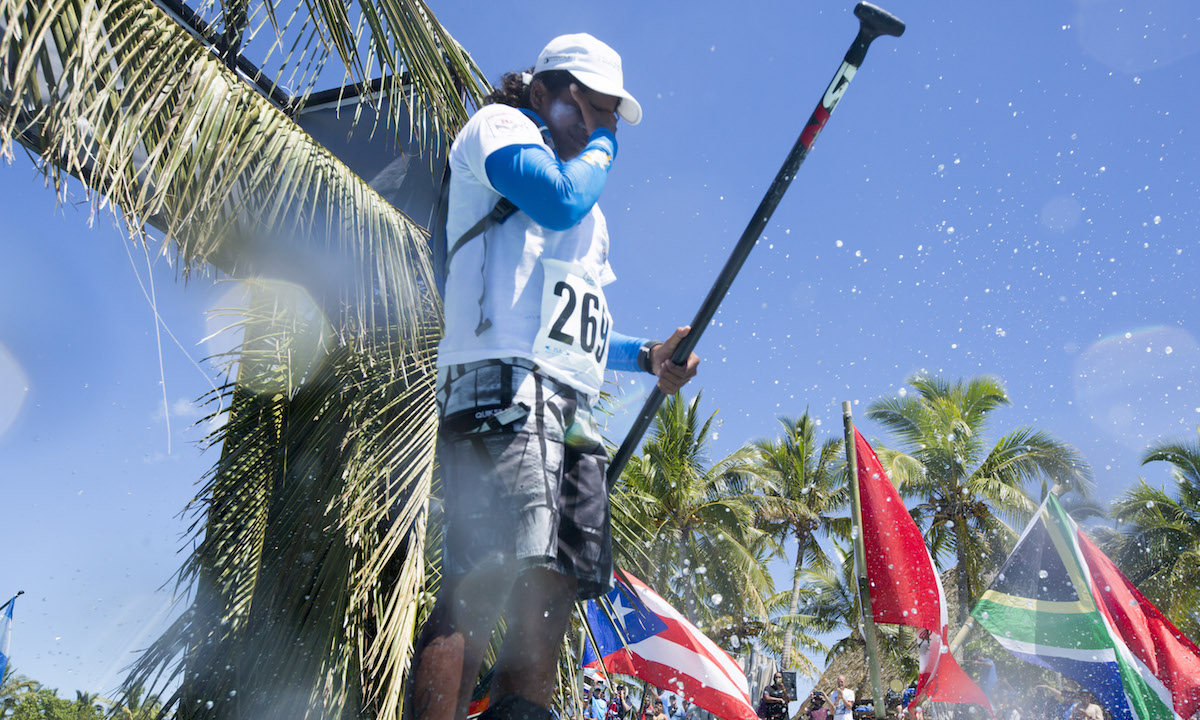 India's Tanvi Jagadish getting emotional after her finish in the race. | Photo: ISA / Ben Reed

“I have so much passion in learning surfing and StandUp paddling from when I was 8 years-old, but nobody supported me much because I was a girl,” Jagadish said after the race with emotion in her eyes, “But I never gave up because I badly wanted to do it and I really wanted to support more girls’ participation in the world of sports… and now I have this opportunity to represent India.”

The schedule for the remainder of the competition window is the following:

More in this category: « Fiona Wylde Rips Down Under King Of The Cut Attracts Big Names »