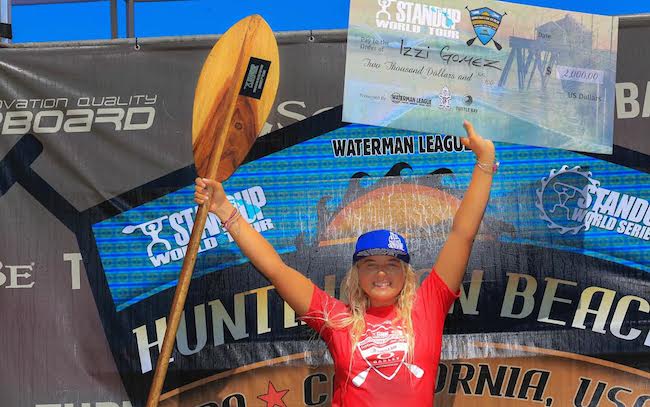 HUNTINGTON BEACH, California - At the second to last stop of the Stand Up World Tour and Stand Up World Series at the Huntington Beach Pro, Izzi Gomez and Connor Baxter won their first World Titles with some of the most progressive SUP surfing and racing we’ve ever seen.

Izzi (Starboard) had fierce competition, battling it out with the likes of Candice Appleby (Ocean Minded), Nicole Pacelli (FCS SUP), and Fiona Wylde (Werner), to name a few. At such a young age, Izzi showed strength and power in her progressive surfing and ultimately came out on top to take the Huntington Beach Pro, which secured her the win for the World Title. Izzi was beyond excited to win her first title saying, "So Stoked! Thank you Stand Up World Tour for hosting such an exciting event! I am so thankful for my family, friends, fans, and sponsors for believing in me! All of you have helped in so many ways big & small, every little bit counts!" 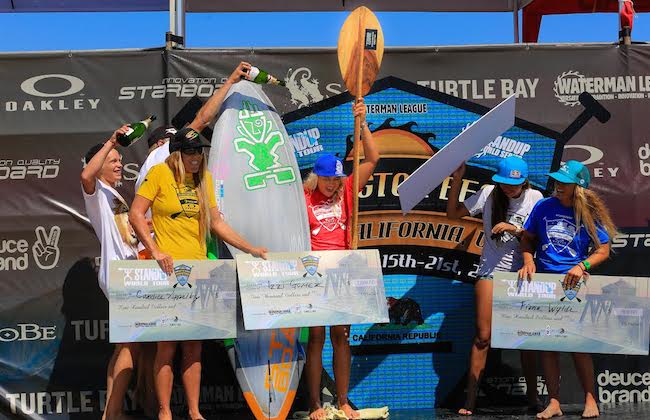 For the men, Kai Lenny (Naish) came out with the victory, pushing him to the top of the rankings going in to the last event of the season. In the final, Kai matched up against up-and-coming Tahitian, Poenaiki Raioha, who helped to put Kai in the lead by taking out current World #1 Caio Vaz in the semis. Kai dominated the final with his two 9-point rides and showed the Tahitian phenom that he had victory on his mind. 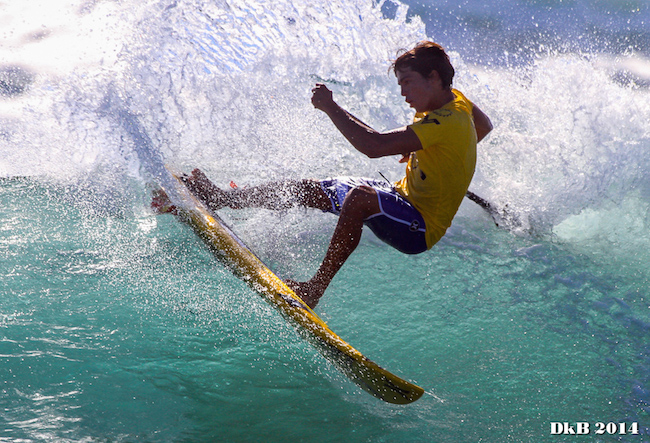 With the Women’s World Title decided, stop #4 of the Stand Up World Tour will heat up with the men in a close battle to decide who will be the 2014 Men’s World Champion. The top contenders will be battling it out at the La Torche Pro, France towards the end of October.

On the race side of things, Connor Baxter won his first Men's World Title for the SUP World Series! Connor (Starboard) was in a heated battle with Aussie Jake Jensen for most of the race and it really heated up in the last two laps when Jake and Connor were going back and forth for the lead. In the end, Connor ended up catching a wave and making it to the finish line just before Jake to win the title.

In the women's racing events, Candice Appleby showed up and absolutely dominated. She won both the race sprints and the distance race. Candice was psyched on her victories saying, “I'm so stoked on a great finish to a really long week of competition in Huntington Beach. I ended up backing up my surf sprint win, with a win in the distance race, to take the Stand Up World Series Huntington Beach Pro Race title against some incredible athletes. With a 3rd place in the Surfing Competition earlier in the week, I also earned the Stand Up World Tour HB Pro Grand Slam Title.”

With coinciding events at Huntington Beach over the weekend (the Stand Up World Tour and Stand Up World Series) top athletes from each event were in the running to win the "Grand Slam Crown." With Candice's wins in the racing and coming in equal third in the surf, she easily took the Grand Slam Crown for the women. For the men, it was the young Hawaiian, Mo Frietas, who took the crown. Mo lost in the semis to eventual winner Kai Lenny for the surf, and combined with his second overall finish in the racing he landed at the top of the podium.

The Huntington Beach Pro was one of the most exciting events we've seen all year and we are so stoked to see Izzi Gomez and Connor Baxter win their first world titles! We look forward to the last events of the year and are eagerly awaiting to see who will win the Men's Stand Up World Tour and the Women's Stand Up World Series.

To get the full scoop on results and happenings of the Huntington Beach Pro, click here.