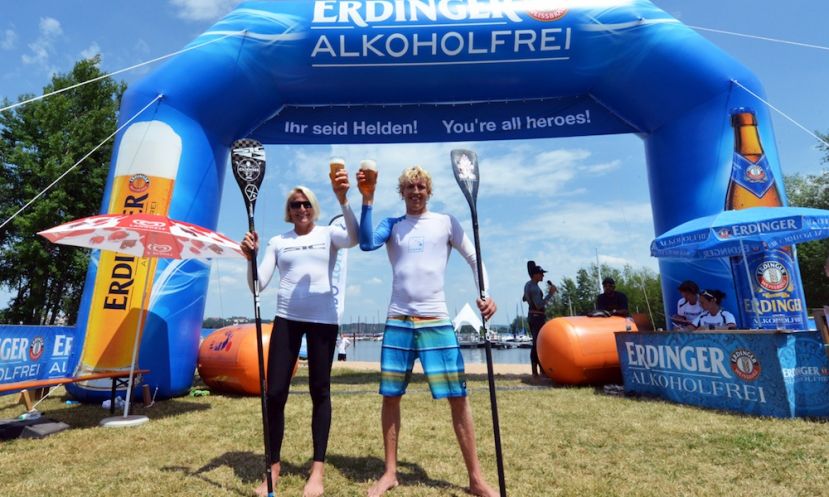 BROMBACHSEE, Germany - In a stacked field of 91 elite racers, Connor Baxter and Sonni Hönscheid have won the 2015 Lost Mills International SUP Race, during Week 3 of the Euro SUP Tour. The race lasted 18km on an extremely hot day where endurance and training prior to the race made for a key factor in succeeding during this grueling race.

The start of the Lost Mills distance race was jam-packed to say the least with a record of 91 elite competitors on the elite race start line. Tight quarters left the front runners battling for position for the majority of the first part of the race. This made for quite the exciting start for the spectators.

In the ladies sector of the race, it was SIC Maui's Sonni Honscheid who has been on a tear in Europe winning back-to-back events at the SUP Race Cup in St. Maxime and the Port Adriano SUP Race so she was riding on a wave of confidence coming into this event. Sonni was back-and-forth with Angie Jackson during the race displaying an epic battle for spectators, but Sonni kicked her gears into full throttle and took the lead finishing in first overall for the ladies, making for her third straight win on the Euro Tour.

Find a SUP Event near you! Check out the Supconnect Events Calendar. 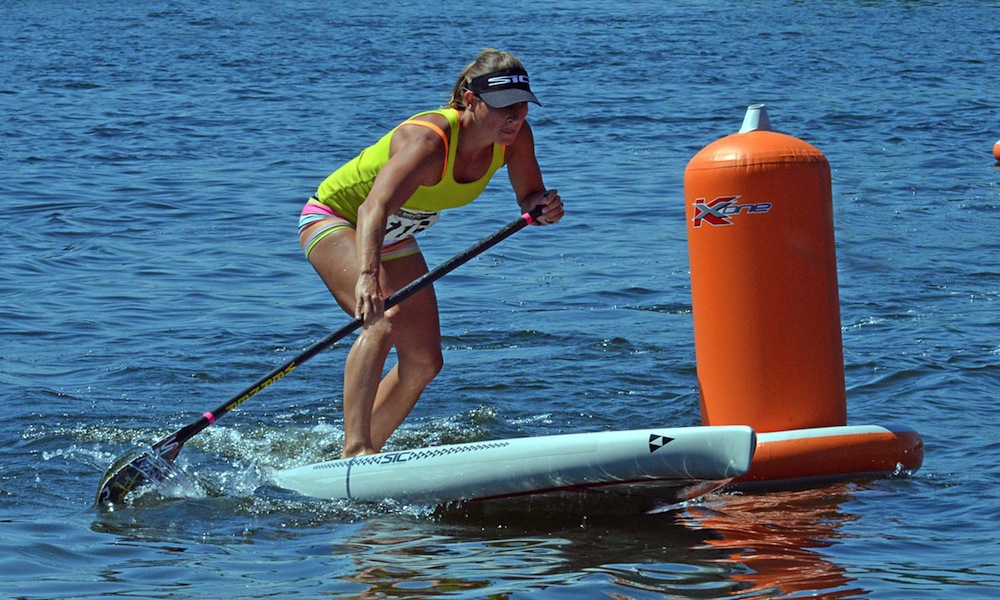 Lina Augaitis backed her win last year with another win in the 'Fastest Paddler On Earth' sprint race.

In the coveted 'Fastest Paddler On Earth' sprint race, last years winner Lina Augaitis (SIC Maui) once again proved that she is the 'Fastest Paddler' beating out fellow competitors for the title. For the men, it was up-and-comer Starboard athlete Trevor Tunnington who took the title as the 'Fastest Paddler' upsetting the Danish Viking, Casper Steinfath who was in the lead prior to Trevor's timed race trial. Trevor held strong throughout the entire sprint and broke Casper's time by 2 seconds.

Next stop is the Bilbao World SUP Challenge in Bilbao, Spain, on June 13th & 14th. See a full list of results as well as more photos from the Lost Mills race here.