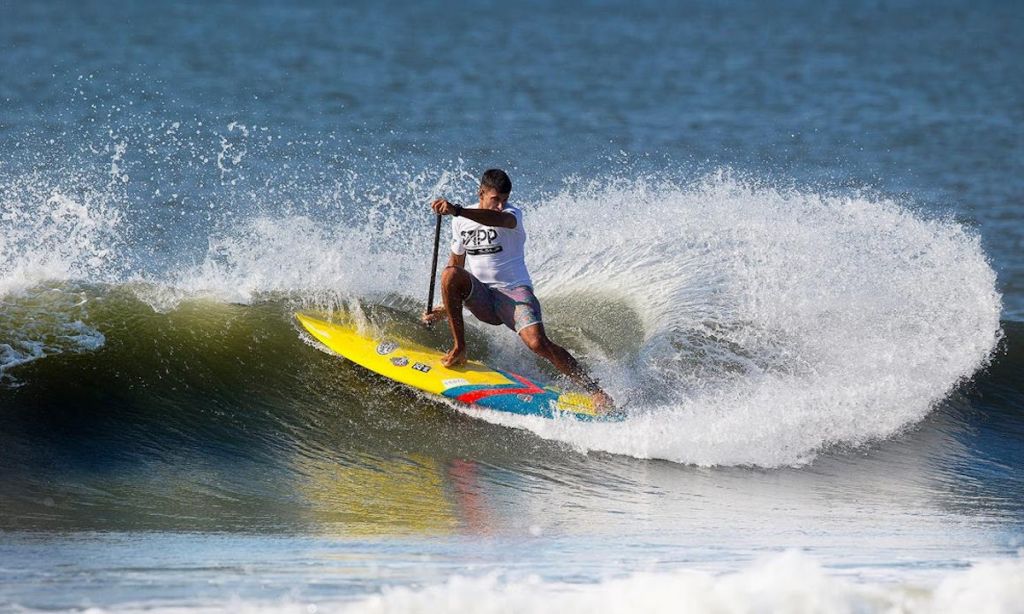 LONG BEACH, New York - The first day of the APP World Surfing Tour's competition in Long Beach, New York brought together a vast pool of talent, the likes of which a SUP Surf contest has never seen before, much less in such close proximity to the island of Manhattan. World Class SUP Surfing athletes including Kai Lenny, Mo Freitas (Boardworks), Zane Schweitzer (Starboard), Leco Salaza, Izzi Gomez, Shakira Westdorp and Candice Appleby (Infinity) came to the beach to put on display the razzle and dazzle of what a SUP Surfing competition can look like when held to a standard and structure like that of the APP World Tour.

The Men's first rounds were held in small, clean surf with the athletes making the most of the optimal conditions by using their 20-minute heats to score many waves and put their trademark moves to the test.

Mo Freitas shone brightly as well as Izzi Gomez and other renowned surfers from an international cast. The Men's Rounds stretched into the heat of the day with good battles between professional athletes like Mo Freitas and Zane Schweitzer, as well as Airton Cozzolino and Alex Pinto. 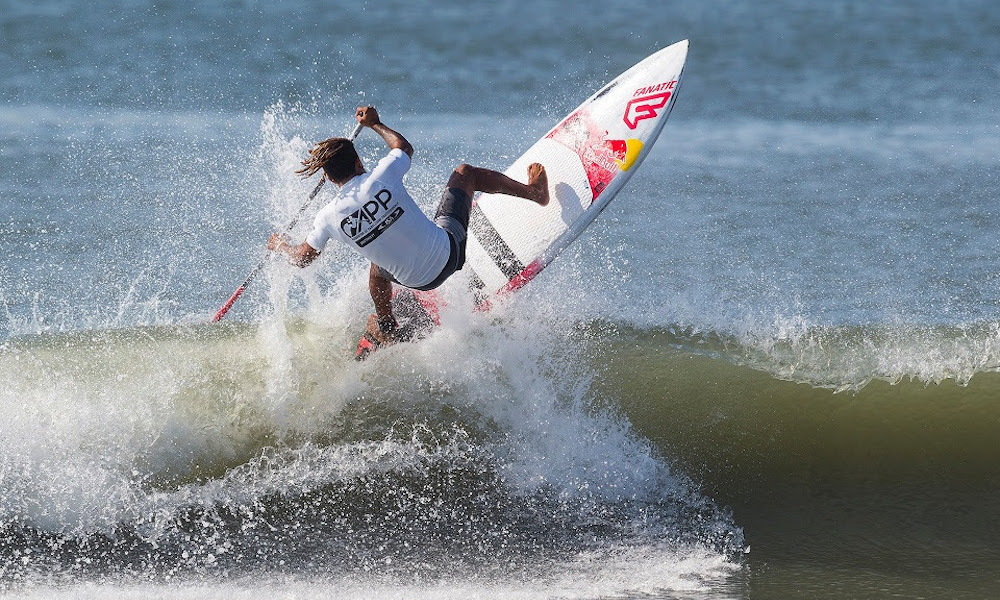 Working hard to maintain momentum in the two foot surf, the men drew lines along the wave faces, turned cutbacks into 360s and found ways to connect the peaks for maximum wave rideage. Standouts from a full day of action also included 2012 World Champion Leco Salazar and Wildcards Wellington Reis and Luiz Diniz from Brazil.

On land, surf coach and legendary surfer Ian Cairns watched carefully as the surfers threaded their way across the sandbars, found areas to pump and grind their paddles deep into the waves for high performance top turns and to maximize their respective performances. 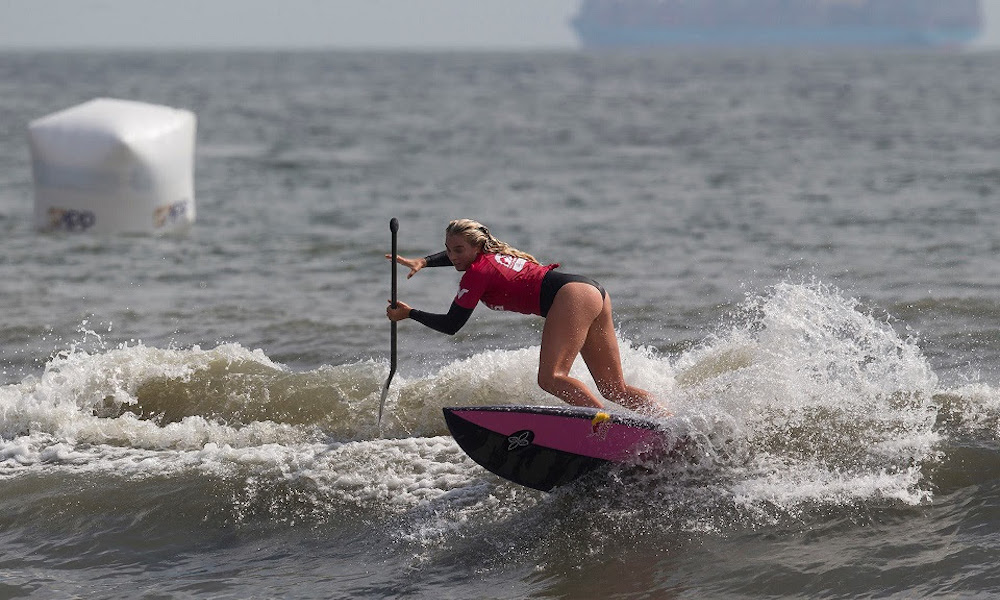 On the female side of things, it's hard not to notice the supreme young talent of Izzi Gomez who, even in small surf with considerable wind texture on it, found ways to gather momentum and slash her way down the the line. Her competitors included Australia's impressive talent Shakira Westdorp, Brazil’s waterwoman Nicole Pacelli, Hawaii's Annie Reickert (Naish) and California’s Candice Appleby.

Looking strong and focused in the surf, Izzi used both knowledge and skill to perform at the highest level, reading the wave, surfing with style and leveraging her already legendary style to maneuver herself into and out of some pretty tricky situations.

Stay tuned for more coverage throughout the rest of the week as the NY SUP Open comes to a finish. 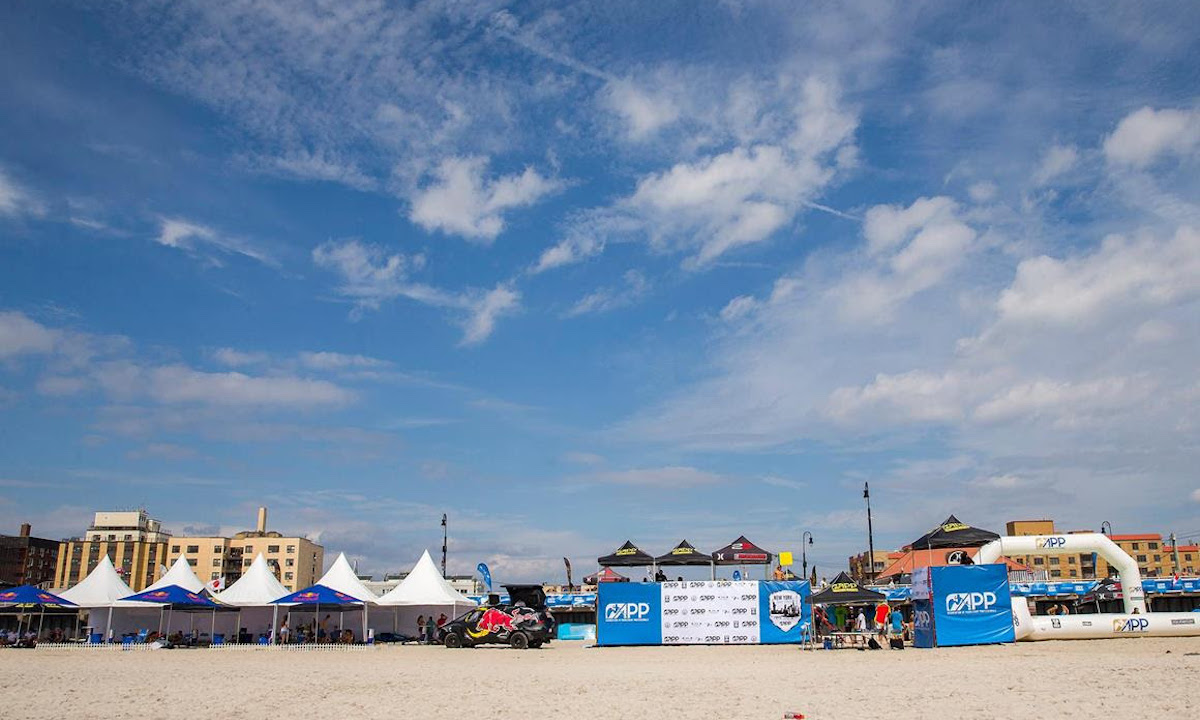 The APP World Tour produces a complete inventory of programming, including live and post produced broadcasts from its events, with distribution to over 100 countries worldwide via premier global networks such as CBS Sports and Fox Sports Asia & Australia. More Information is available at appworldtour.com and fans can follow events @appworldtour on Facebook & Instagram. For more information on the APP's City Paddle Festivals please visit citypaddlefestivals.com