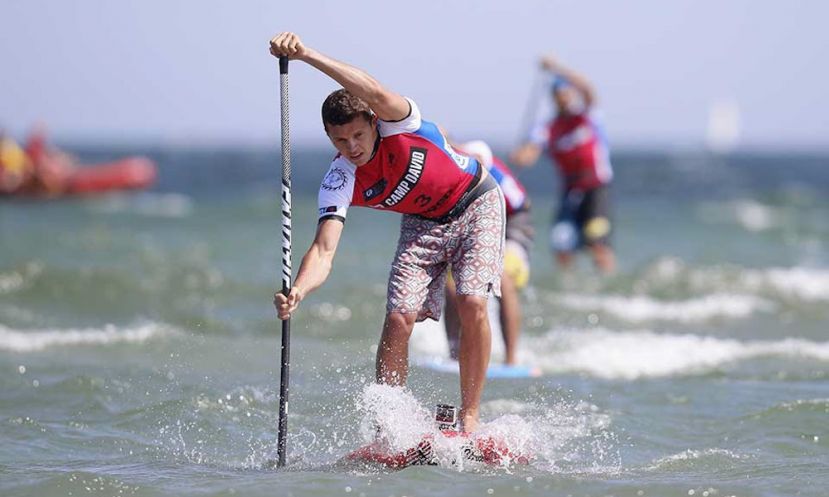 The Mercedes-Benz SUP World Cup, stop 2 on the 2016 Stand Up World Series will kick off in a month's time in Scharbeutz, Germany. | Photo Courtesy: Waterman League

SCHARBEUTZ, Germany - The Waterman League is proud to announce its return to Germany for the Mercedes-Benz SUP World Cup, stop 2 of the 2016 Stand Up World Series that will take place from the 24th - 26th June at the beautiful coastal town of Scharbeutz with $25,000 in prize money. The German stop on the World Series has been a flagship event over the years, so we are excited to return to Germany for an all new edition, this time brought to you by Mercedes-Benz and hosted in the ideal venue of Scharbeutz.

The weekend will kick off on Friday with Celebrity Relays, entertainment and registration for all athletes, followed by the long distance day on Saturday, featuring the Pro division 10km course and amateur 6km & 3km races, with the Pro Division once again taking advantage of the Super Lap format in this predominantly flat water location. Sunday will see youth and entry level racing, followed by the celebrated World Series Sprints as the Grand Finale in the afternoon. As the biggest race in Europe, the weekend will deliver spectacular racing for Pros and Amateurs alike and an unparalleled experience for the spectators on site.

Entries are now open HERE and stay tuned as we build up to this exciting 2nd stop of the 2016 Stand Up World Series at www.watermanleague.com 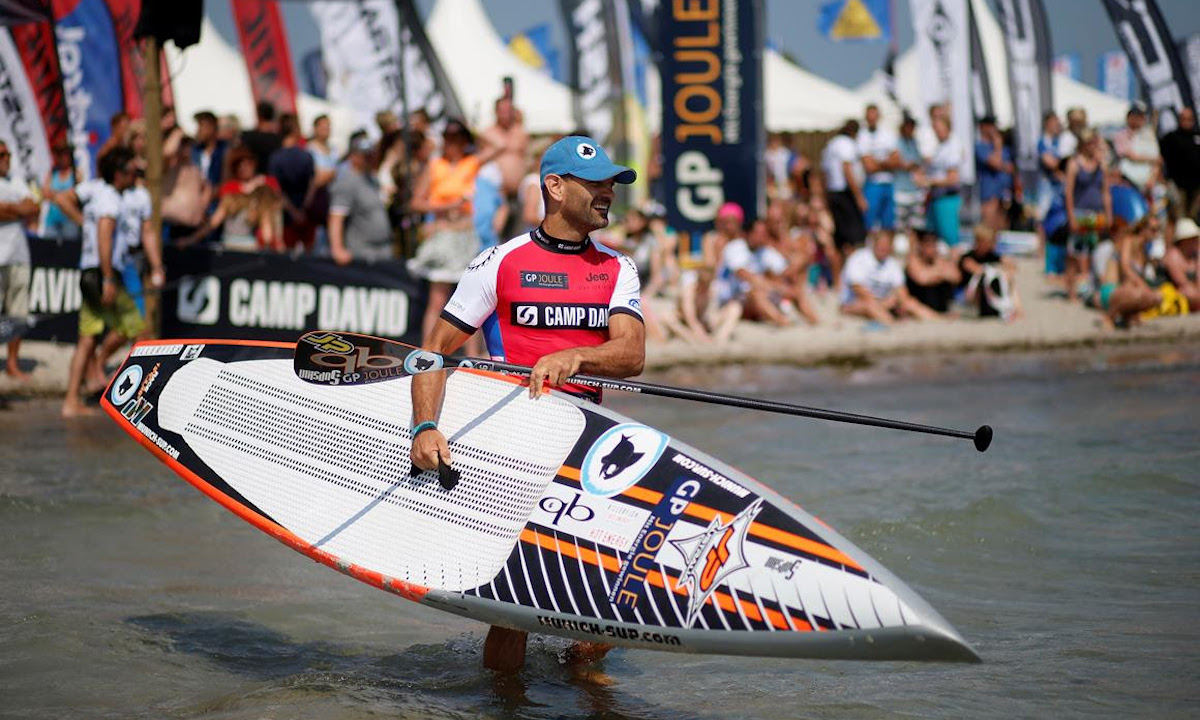 14ft Class to be adopted for the World Series Division at Stop 2 of the 2016 World Series, the Mercedes-Benz SUP World Cup. | Photo Courtesy: Waterman League

Breaking news from the Waterman League is that due to popular demand in Europe and a majority vote by the industry and athletes alike, it has been decided to adopt the 14' class for the Pro division Racing for this year's Mercedes-Benz SUP World Cup.

While the Waterman League were hesitant to make this switch after the beginning of the season, the decision was put out to vote across the industry and athlete representatives and the majority secured it. As outlined below, full details on how this impacts the rest of the season and events will be announced next week, together with the final and official calender for the remainder of the 2016 season. 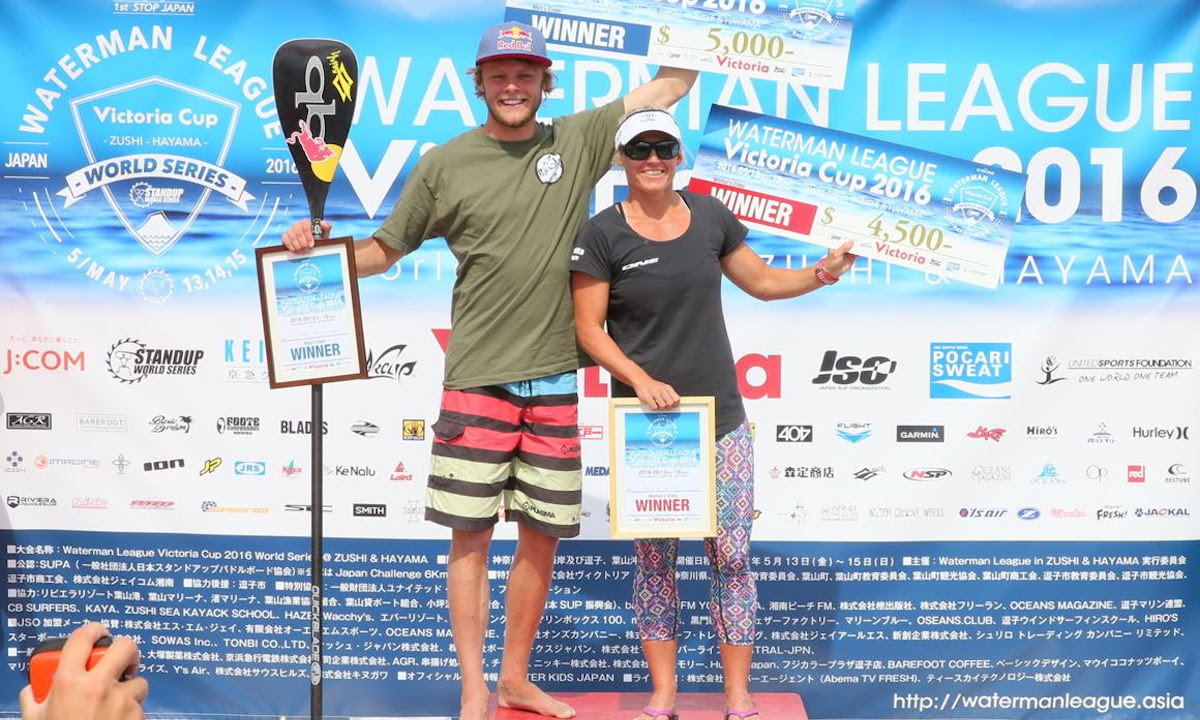 Coming into Stop 2 in Germany, the competition will be fierce, as Casper Steinfath & Angie Jackson will have targets on their backs. | Photo Courtesy: Waterman League

The competition will be intense coming into Stop #2 of the 2016 Stand Up World Series in Germany, as the World's best will be stepping up to do battle in Scharbeutz.

Casper Steinfath (Naish) made history at the Victoria Cup in Japan by taking the much deserved win, dethroning the two previous World Champions, Naish teammate Kai Lenny and Connor Baxter (Starboard) in the process and showing the world that he has what it takes. Coming into the European leg, Casper will be feeling at home, but racing with a newly found target on his back as the competition is getting fiercer and fiercer for the top spot, as the Title Race will become increasingly interesting after this all important stop in Germany.

In the women's fleet, there is no doubt that Europe is a hot spot for World Class women paddlers, as we anticipate the likes of SIC Maui’s Sonni Honscheid, Manca Notar (Starboard), Ana Zulaika Aranburu (BIC Sport), Celine Guesdon (BIC Sport) and Susak Molinero making their presences felt here at Stop #2 of the Stand Up World Series.

However, Angie Jackson proved once again that she has what it takes and is more prepared than ever to make a challenge for the World Title in 2016, while 2015 World Champion Candice Appleby (Infinity SUP) will be looking for redemption after finishing 3rd in Japan, and clearly wanting to take back the yellow jersey. Meanwhile, the young talent Fiona Wylde (Werner Paddles) has shown her worth and is no doubt primed for big things in 2016, currently sitting in 2nd after Japan, and clearly demonstrating that she knows how to win.

Whatever happens, it will be a major battle, so make sure to stay tuned for all the action at www.watermanleague.com

Official Information regarding the remainder of the 2016 season for both the World Tour & Series to be announced next week. | Photo Courtesy: Waterman League

There is a lot happening over at the Waterman League and we are preparing for some big things both for the remainder of 2016, but looking ahead to 2017 - 19. Initial announcements will follow next week, inclusive of final and official information about the remainder of the 2016 season.