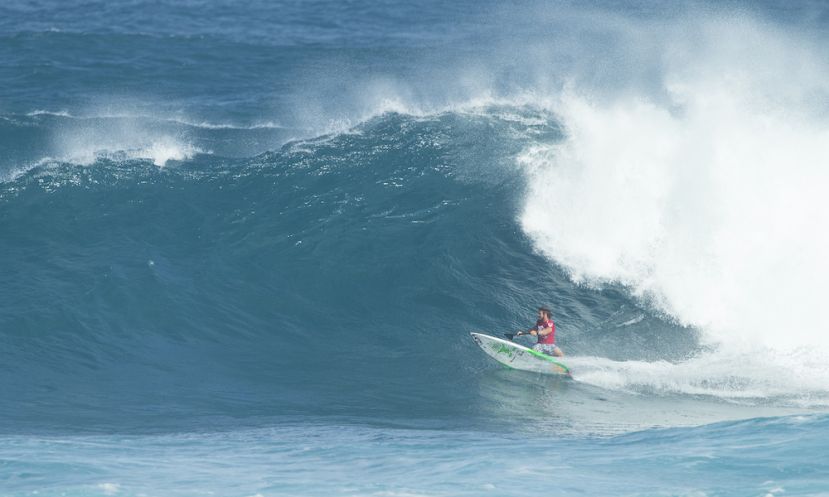 OAHU, Hawaii - Day 2 of the #SunsetBeachPro produces some incredible surfing in testing conditions. Zane Schweitzer (Starboard) produced some of the best surfing of his #SUWT career to score the highest heat total of the competition so far. A 9.77 and a 8.33 (total: 18.1) in Round 1 of the #SunsetBeachPro was clearly the stand out score of the day. The Maui youngster showed he has an excellent array of talent and composure to score highly in any conditions.

Starboard teammate Sean Poynter also looked at home with the wind adding another dimension for the athletes to cope with. A solid 13.26 score (6.93 & 6.33) saw the Californian progress to Round 3 and continue his hunt for a third successive win on the #SUWT after his back to back wins in France & Morocco at the end of last season. 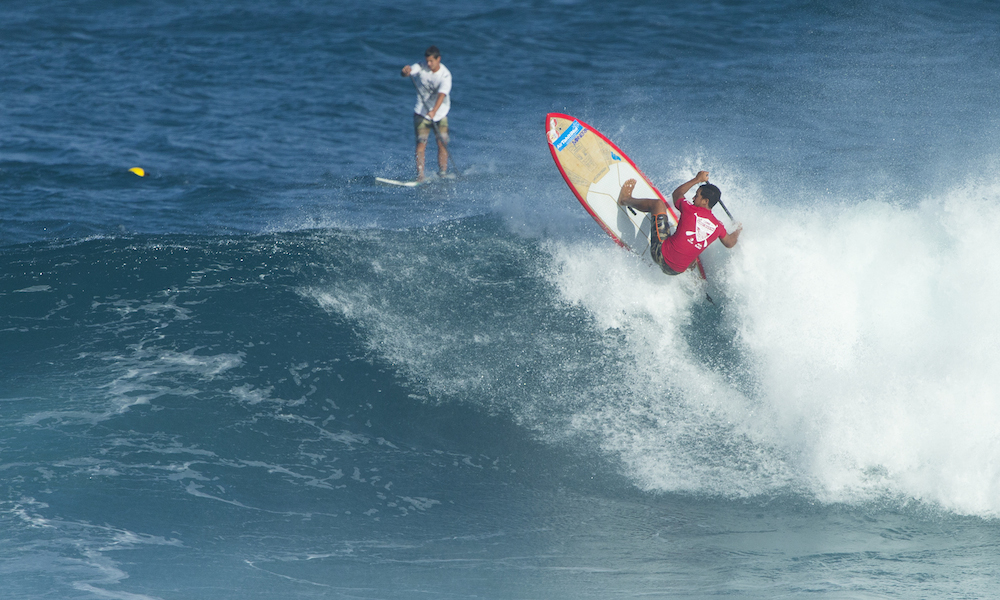 Poenaiki Raioha (F-One) continues where he finished at the end of last season and dominated his heat here at Sunset. A 13.5 score (6.67 & 6.83) saw him snatch the third highest score on Day 2. The young Tahitian, who finished 4th on tour last year, gave the audience watching on the beach a display of powerful surfing, with some critical turns and stylish manoeuvers: he will definately be one to watch this year.

Another young talent putting on a phenomenal performance in today's tricky conditions was the young Peruvian talent, Sebastian Gomez. As son of Jose Gomez, a big wave surfing legend in Peru, it is clear that his father's talent did not bypass young Sebastian, as he posted one of the highest single wave scores of the event so far. Watch out for Sebastian in Round 3 when competition resumes. 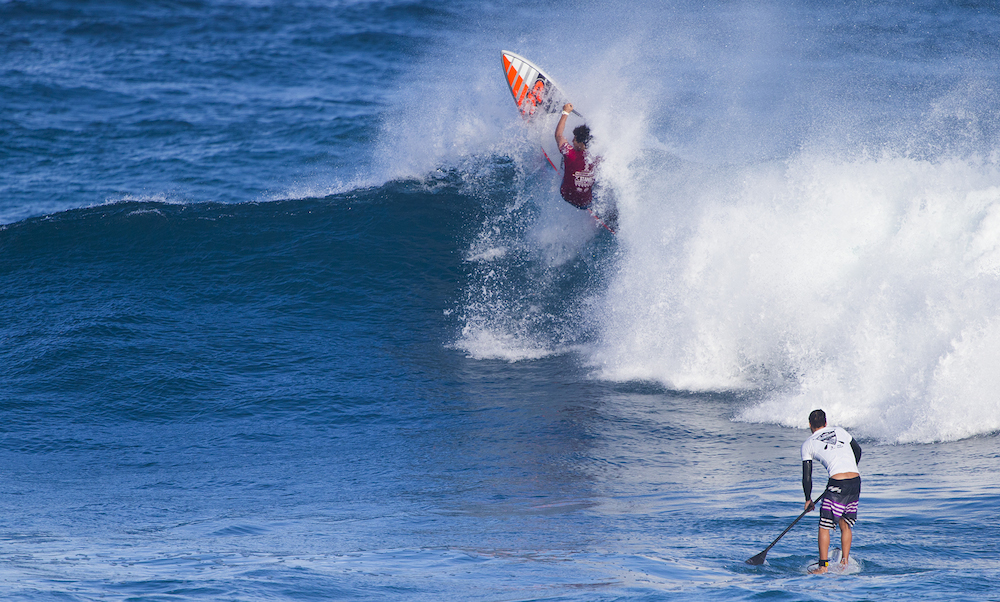 Keahi De Aboitiz (JP-Australia) returning from a broken leg that caused him to miss the final two Stand Up World Tour 2014 events, scored a solid 11.74 (6.67 & 5.07) to advance through to Round 3. In a stacked Heat 5 of Round 1, Keahi found the right waves and made the most of them with some precision cut backs. While he did advance through American Matt Becker could not match the Australians dominance as Keahi looks strong going into Round 3.

Fellow Australian Beau Nixon (Naish, FCS SUP) put on some last minute heroics in his round 1 heat, jumping from 4th to 1st with a 6.1 & 7.33 to advance through to Round 3. 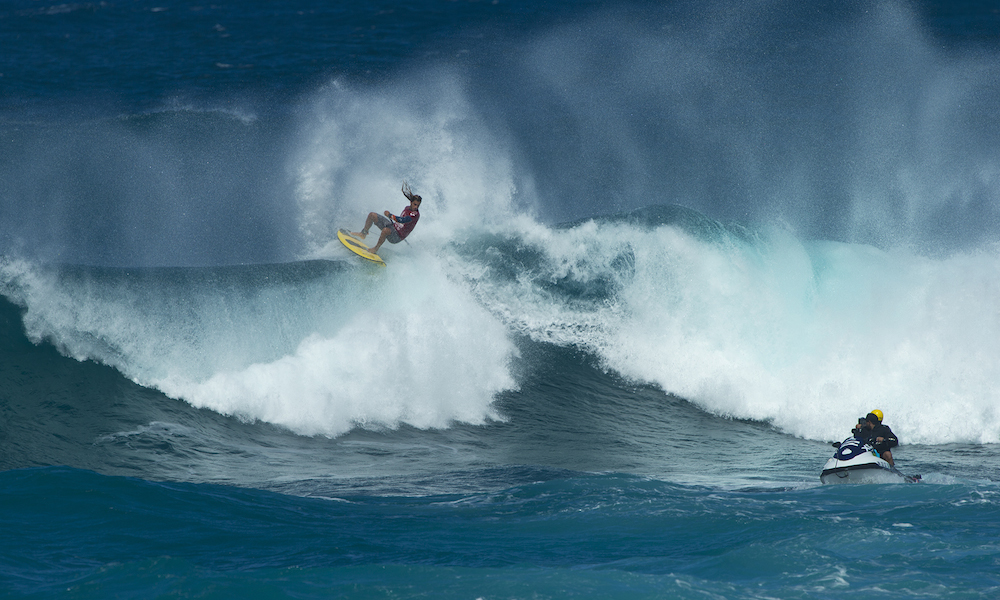 Brazilian Ian Vaz ripped his way thru the Repercharge making it into R3. | Photo: Brian Bielmann

Current #SunsetBeachPro Champion Caio Vaz (Art in Surf) looked comfortable in Round 1 finishing 1st (12.2) in heat 12. Meanwhile his brother, Ian Vaz (Art in Surf) needed the second round repechage to progress but pulled it off with some style, scoring the second highest heat total of the day (7.1 & 7.4) 14.5. Kainoa Texeira (7.17) & Yuri Daberkow (13.9) both took out their second round repechage heats and Leco Salazar (New Advance) finished with the highest second place finish (11.4) to progress into the third round.

For more highlights, photos, and news from the event head to the Waterman League website.