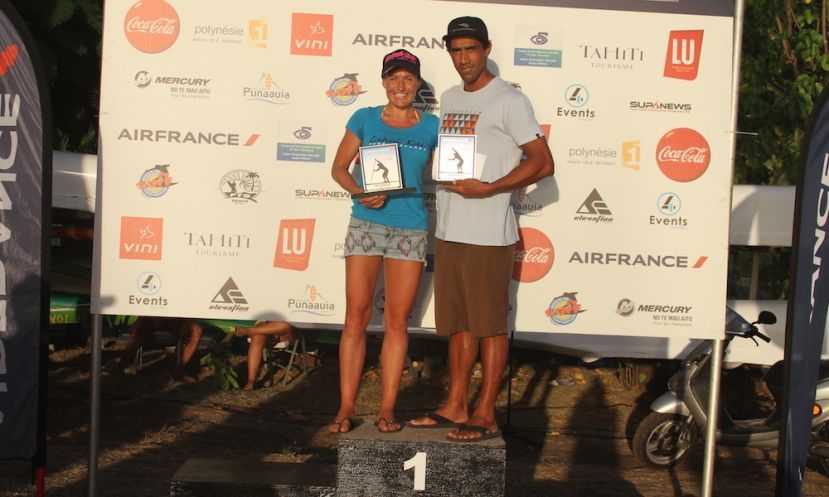 TAHITI, French Polynesia - It was an insanely beautiful day here in Tahiti for the second annual Air France Paddle Festival. Not only were the beaches packed, but the ocean was filled with hundreds of racers that took part in the festival. Both elite athletes and amateur paddlers alike joined together and participated in what’s sure to become the South Pacific’s largest stand up paddling competition.

The competition was fierce between the athletes as Tahiti is known to breed some of the best paddlers in the world. That being said, it was no surprise that the Tahitian Beast himself, SIC Maui athlete Georges Cronsteadt, took home the victory after a solid showing and leading throughout the entire Elite Race.

On the women’s side of things it was Kiwi Annabel Anderson to come out on top against some of Tahiti’s best female paddlers. It wasn’t until a few days before the event that Annabel had decided to participate in the festival as she was coming off of a bad case of the flu. Annabel wasn’t at 100 percent, but it sure didn’t show as she came in looking strong.

The sprint races and lagoon races were also a blast and it was awesome to see folks who have only recently introduced to stand up paddling and having them already compete and race in such an awesome event. 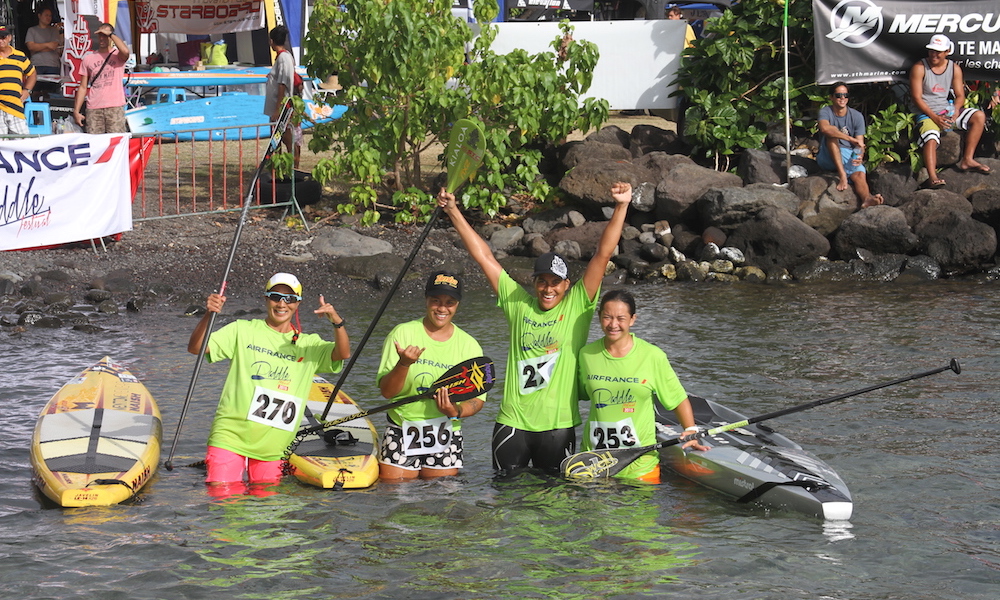 The ladies' Sprinters. The winner was Hinatea Bernardino (second from the right). | Photo: Supconnect

Stay tuned for the full writeup and results for the Air France Paddle Festival in the next couple of days!

To check out SUP events near you, take a look at the Supconnect Events Calendar here.

More in this category: « Parents and Son to Compete in Carolina Cup's 'Graveyard' Race The Jobe SUP Philosophy »