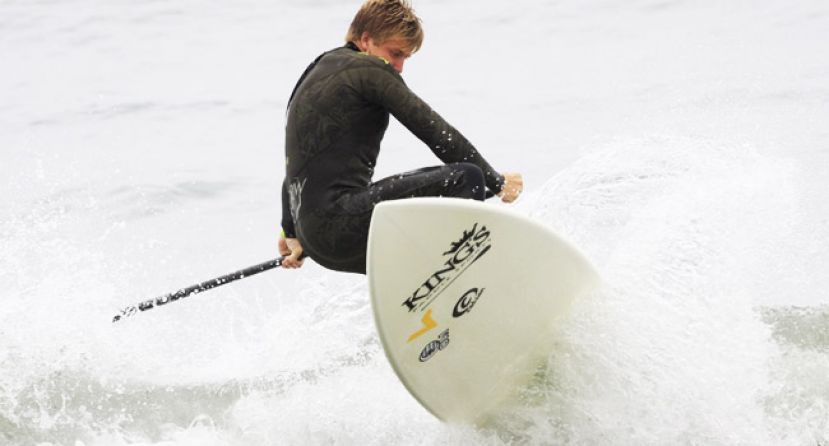 SAN DIEGO, California – On August 14th and 15th, stand up paddle surfers from southern California converged south of the Oceanside Pier in San Diego, CA for a round of competitive sup’ing, as the sports enthusiasts would put it. A part of the Oceanside Longboard Association, the stand up paddle surfing division was held in waist high surf and overcast skies, but with lots of spectators and participants on hand. Chuck Glynn, Carlsbad local, claimed the top spot on the podium, followed by Scott Chandler, Oceanside club member, in second and Jeremy Porfilio, from Malibu, in third.

Oceanside Longboard Association was one of the first high-profile surf clubs to introduce a stand up paddle division in its event. Arguably the largest sup surfing contest in Southern California, the event has previously featured names like Rick Thomas, Tom English, and Whitney Guild, all pioneers of the sport, and also professional longboarders like Noah Shimabukuro and Kai Sallas, from Oceanside and Hawaii, respectively. With the growing number of stand up paddle events, athletes are scattering in many different directions, but Oceanside will always be able to claim its landmark status during the early days of the sport.