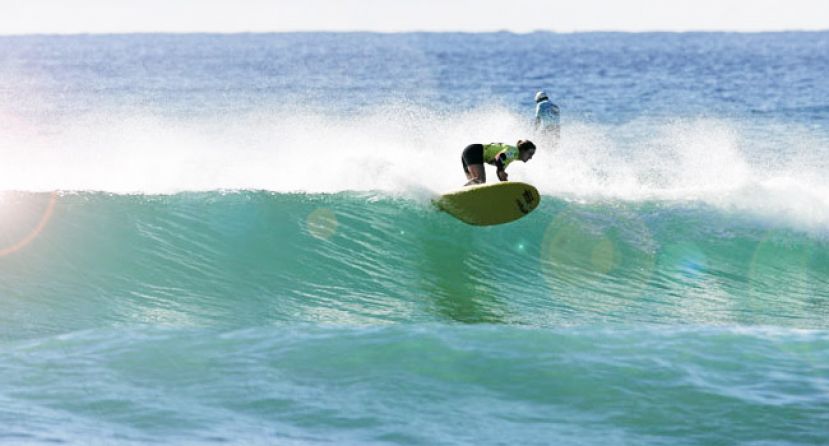 Town Beach provided the ideal arena for the maiden final, pumping out some of the best conditions seen for a final of a stand up paddleboarding event in Australia since the fledging sport boomed in the country.

Web, who competed in the final on a borrowed board, looked in sync with the highly contestable conditions on offer, mixing some powerful backhand moves with a smooth flow to take the crown.

“It feels so good to be a part of SUP history,” said Web. “All the girls were ripping in the final, so I feel privileged to come away with the crown.” The second annual open men’s final was also decided, with former Australian Longboard Champion Jackson Close (Currumbin, Qld) edging out Tweed Head’s Beau Nixon,  the Sunshine Coast’s Keahi De Aboitz (Noosa) and Coffs Harbour’s Sinclair Black in a high scoring final.

“I felt I redeemed myself with my win today after a poor finish in the longboard division last week,” said Close. “It was a great result. There were some fun waves and I’m really happy I came away with the title.”

Competition will continue tomorrow with day four of the Australian Open Surfmasters Titles. Next call 6.45am.

The Running Schedule for both the Australian Longboard Titles and Australian Open Surfmasters will be released on a day-by-day basis as swell and weather conditions will affect scheduling. An event hotline will be operating for the event which will feature a recorded message updated at 6:45am each morning with the confirmed daily schedule and contest venue. Please call the Event Hotline on 0458 247 212 after 6:45am each day of event for Event Hotline message.