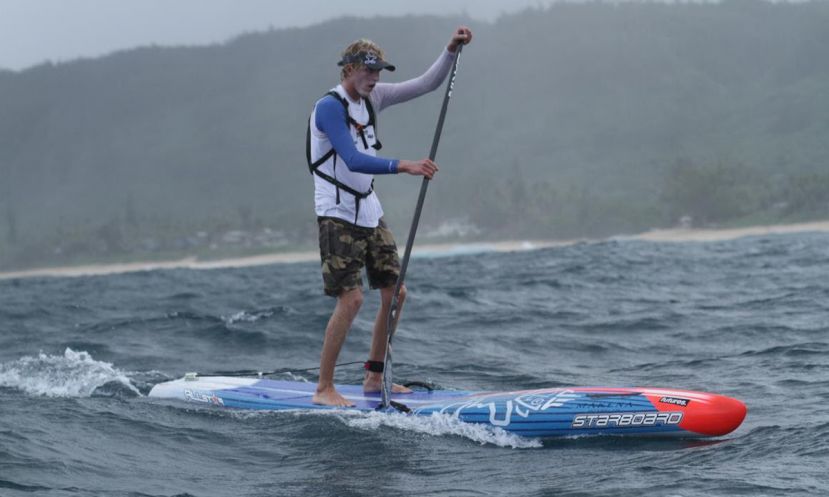 OAHU, Hawaii - The first day of the World Series Finals at Turtle Bay presented by Naish saw Connor Baxter dominate in the long distance race to take the well deserved victory. Steady tradewinds, pumping NNW swell, and intermittent rain squalls provided some dramatic conditions for the World's best, as they battled their way down the iconic 13 mile iconic course from Turtle Bay to Haleiwa. Connor took the lead early, and then steadily built on his lead to finish just over 4 minutes ahead of 2nd place finisher and current ratings leader Naish athlete, Kai Lenny.

With the World Title in the balance, it will all come down to the wire on the final day of competition at Turtle Bay with the infamous World Series Sprints, a day that will decide not only the overall event win, but the 2015 World Title. 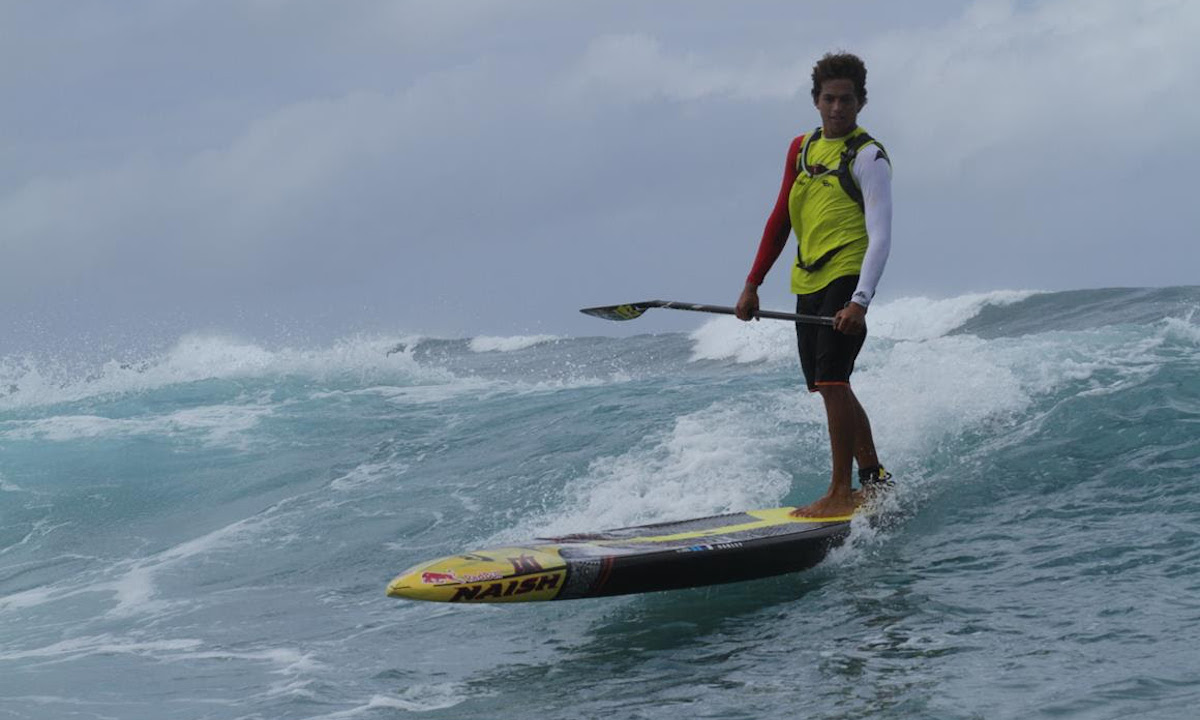 Kai Lenny came into today as the Ratings Leader, with 2 wins out of 3 this year and a solid track record at the World Series Finals at Turtle Bay. While Connor Baxter (Starboard), definitely found his form in today's race, a second place for Kai in today's race still very much keeps him in the running for not only the event Title, but the World Title. It will once again, all come down to the final day of competition here at Turtle Bay, as World Championship Titles will be decided in the dramatic World Series Sprints.

With a solid NNW swell predicted to hold through tomorrow, the action promises to be intense.

CLICK HERE to see more news and highlights from the 2015 Stand Up World Series. 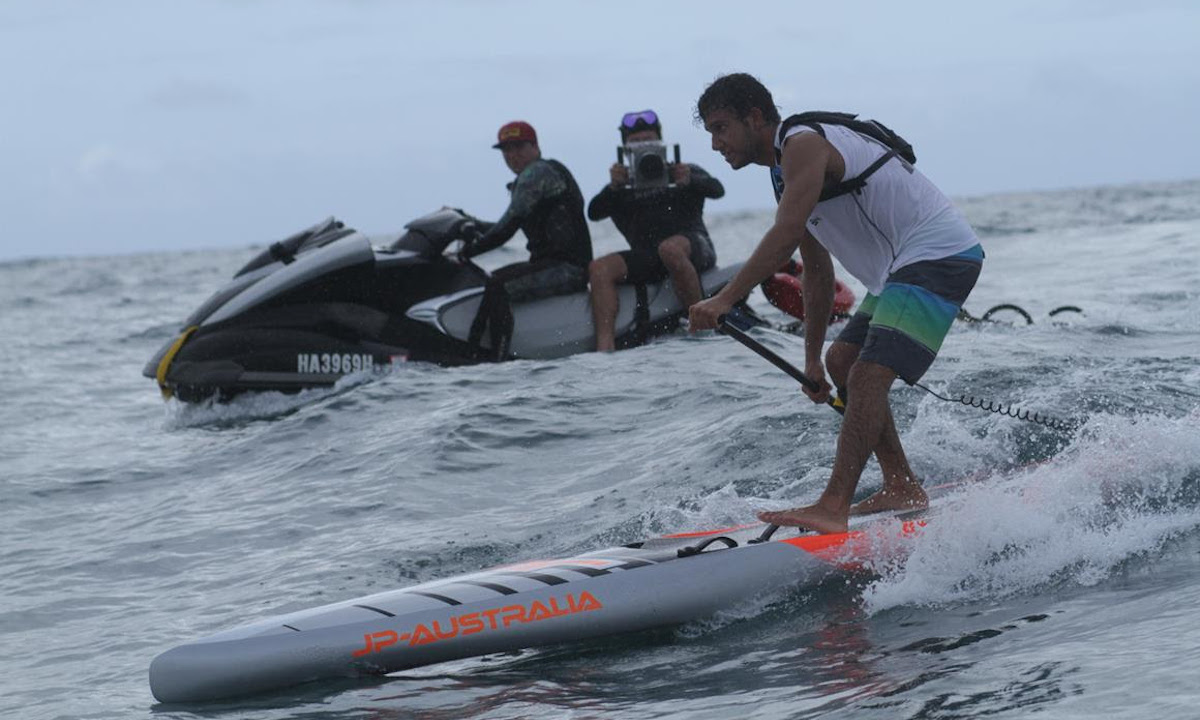 Vinnicius Martins (JP Australia) continues to assert himself on the global Racing scene with another impressive performance in today's long distance race, finishing in 3rd place and strengthening his position in the overall ratings coming into the final day of action. Vinnicius has proven time and time again that he has a real talent for open ocean racing, with strong finishes at many of the downwind focused races around the globe. Saturday’s performance only confirms this amongst the World Class collection of paddlers, as this young talent from Brazil continues to go from strength to strength. 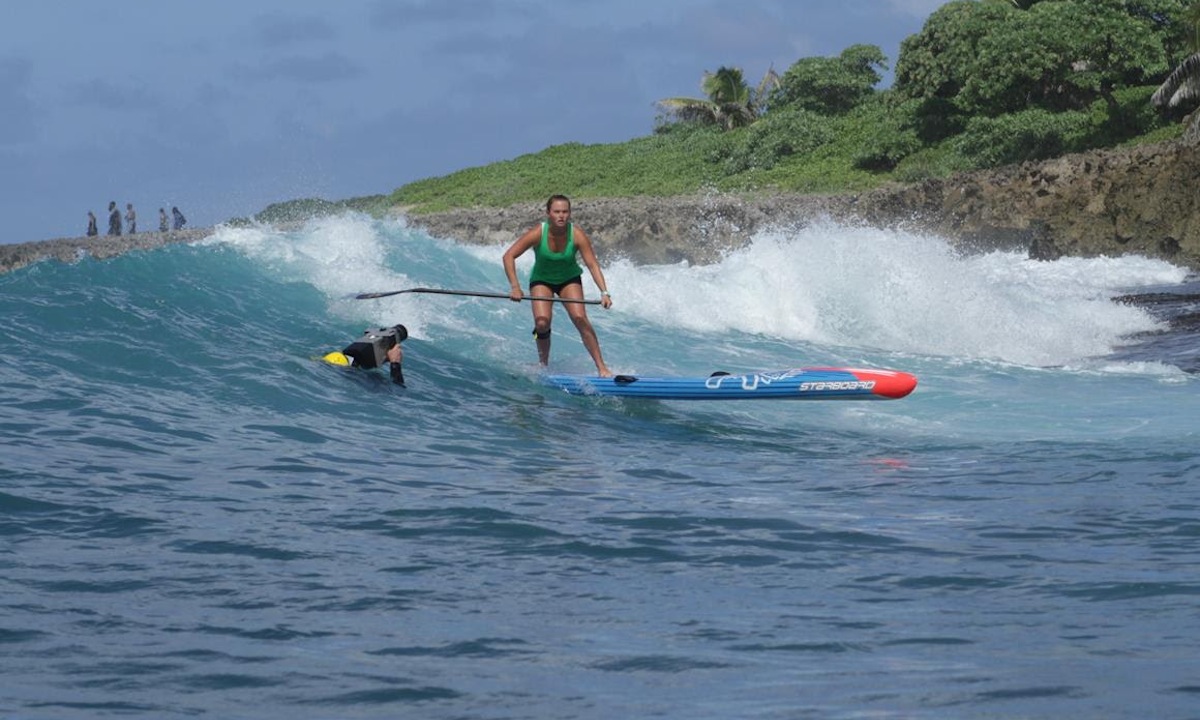 Starboard and Werner Paddles athlete, Fiona Wylde has proven herself to be one of the most well rounded athletes in the sport, and once again today, brought together her surfing and racing talent to dominate the Women's Long Distance Race, finishing an incredible 8 minutes ahead of 2nd place finisher, the newly crowned World Champion Candice Appleby (Infinity). Coming into the second day of racing at the World Series Finals at Turtle Bay, presented by Naish, Fiona has gained confidence from Saturday’s staggering win and is reveling in the idea of surf racing Sunday, with the swell expected to hold and the conditions set to turn on for the dramatic and exciting World Series Sprints.

Fiona will be looking to consolidate on her finish Saturday, but also strive to move up the World Series rankings prior to the year end. 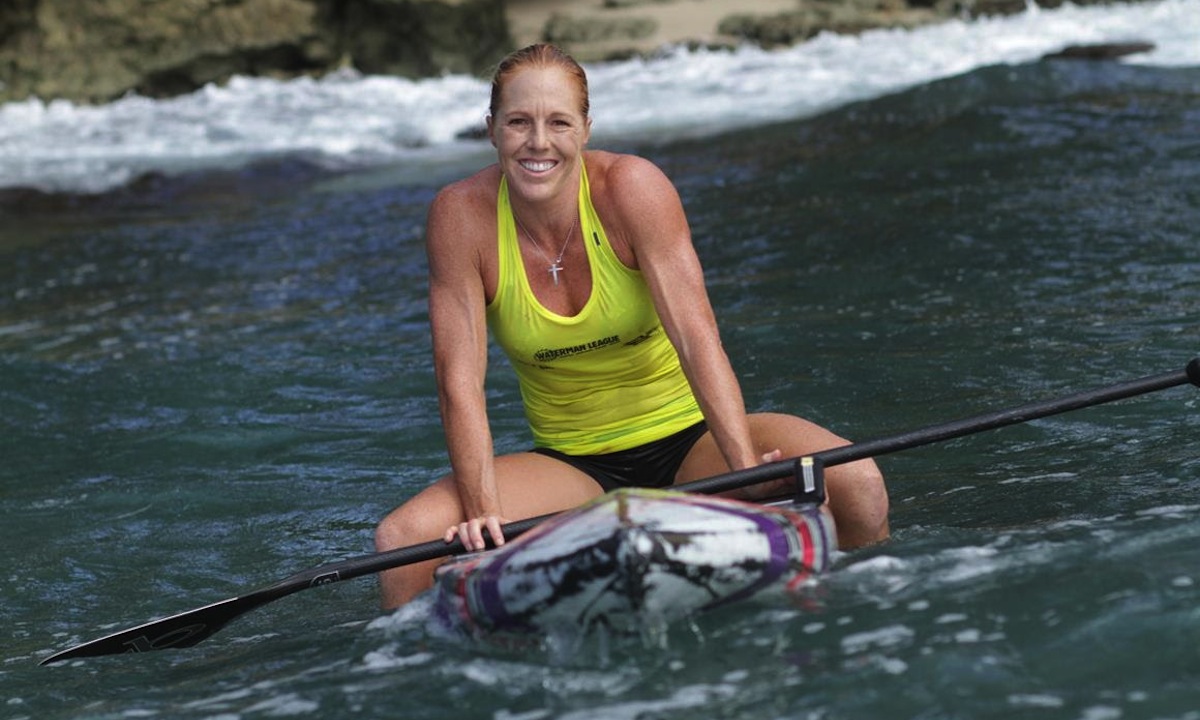 2015 World Champion Candice Appleby finishes in 2nd in the long distance, as she will now be preparing for a comeback tomorrow. | Photo Courtesy: Waterman League

Candice Appleby (Infinity) is coming off an incredible (and it should be noted) unbeaten year, having secured the World Title in advance of the Final event of the year out at Turtle Bay. While the points will make no difference for her with the job already done, the prestige of this Final Hawaiian event is significant for this phenomenal Champion from San Clemente as she wants to close the year on a high here at the World Series Finals. While she was not able to overcome the on form young talent, Fiona Wylde (Starboard) to take the win in the long distance today, she did enough to finish in 2nd place and set herself up for what will without doubt be a spectacular final day of racing here on Oahu's Fabled North Shore and a dramatic finish to this year's World Series Finals at Turtle Bay, presented by Naish. 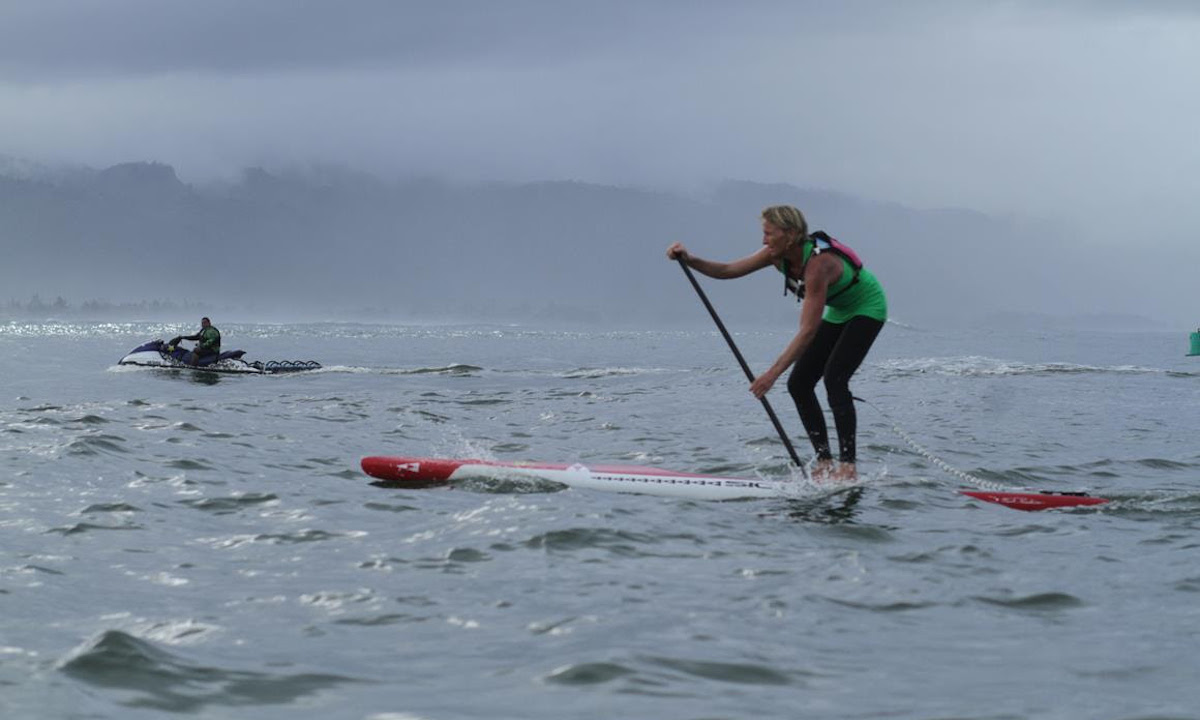 It was a welcomed return back to Turtle Bay and the World Series Finals for the talented German SIC Maui athlete Sonni Honscheid, an expert in open ocean paddling who spends much of her year on the neighboring island of Maui. Saturday’s challenging long distance course saw Sonni finish in an impressive 3rd place, as she worked her way down the magical 7 mile miracle, passing amongst the World's most iconic surf breaks on her way to Haleiwa.

Rounding out the podium on Day 1 sets Sonni up for a strong finish as she comes into the final day of action in the arena out front of the Turtle Bay pool bar, as it will all come down to the wire in the World Series Sprints.

Make sure to check out Saturday’s highlights below. And to see more action and highlights from the Stand Up World Series, Click HERE.

More in this category: « Drink A Beer, Save A Turtle: Purakai Looks To Help Save The Oceans Candice Appleby Wins World Series Final On A Tie-Break, Kai Lenny Secures Overall Win For The Men »