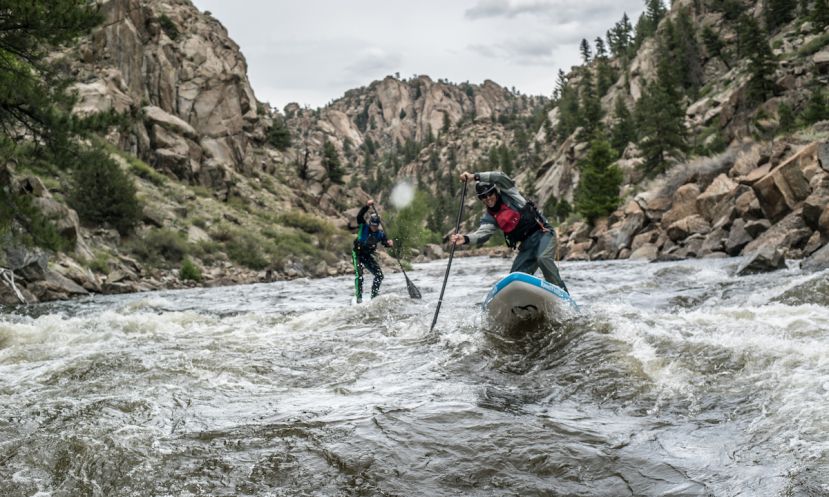 SALIDA, Colorado — The origin story of Colorado’s original standup paddle board company, Badfish SUP, is adding another chapter. Call it a rebirth. Call it a renaissance. Or, as company co-founder Mike Harvey likes to call it, a “re-independenting.”

While the expression may not exactly roll off the tongue, it’s the perfect description of the originally independent and always inventive surf and SUP company’s return to its riverside roots. After a fruitful 6-year partnership with Boardworks Surf in Carlsbad, CA, Badfish SUP has announced it is not renewing the licensing agreement and is once again handling all aspects of business from its corporate headquarters alongside the Arkansas River in Salida, CO, effective immediately.

Mirroring the classic tale of a garage band that has outgrown its first big label, Badfish has forged its own production company in order to expand its creative offerings. The new Badfish remix will focus on a fresh variety of top-quality inflatable SUPs, performance river-runners and high-end epoxy river-surfing boards in both SUP and shortboard shapes. And like that burgeoning band, co-founders Harvey and Zack Hughes have brought in industry rock star Luke Hopkins as an equal partner poised to push them to the top through added expertise in design, manufacturing, sales and distribution.

“I like to think of it as Badfish+,” says Hopkins, a passionate paddler and longtime outdoor industry guru. “Zack and Mike have done something great: They’ve created their own sport of river SUP that other brands have been trying to catch up to ever since. Now Badfish+ is expanding into even more innovative products, features and designs, with the ability to offer service that parallels product quality.”

Drawing on a lifelong surfing background from his native San Diego and a successful stint as a freestyle kayaking pro, Hughes began shaping river surfers designed to maximize his rides at the local Salida Whitewater Park in 2008. Those waves just happened to be built by Harvey, a renowned river park designer and budding standup paddler who was seeking the same result from the other direction. The merging of minds soon led to the birth of Badfish.

Since diving in full-time in 2010, the pioneering watermen behind Badfish SUP have benefited from the ultimate backyard river surfing laboratory to create a new culture based around their cutting edge designs. They’ve been shaping adventures ever since, now unleashed to further explore the evolution of the sport they helped establish.

More in this category: « Weekly Recap 8/8/2017 Paddle at the Porch Bringing Family Fun to Destin »