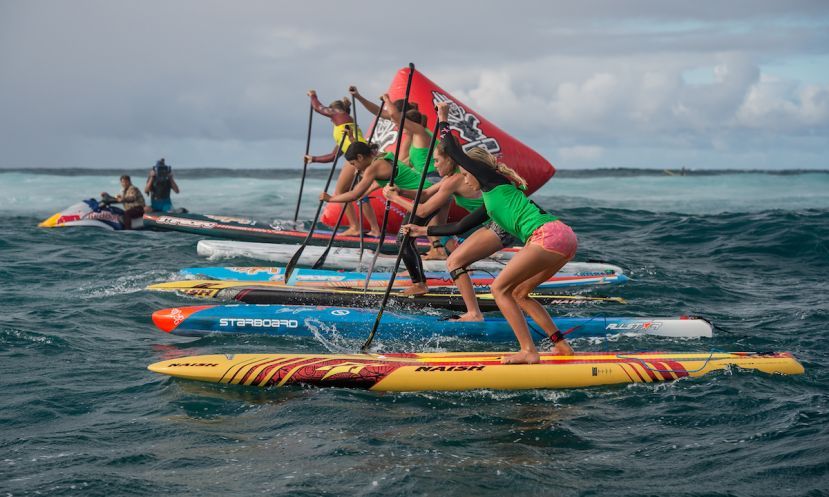 The Tour, which runs from February through December, will make eight stops at some of the world’s most iconic, up-and-coming paddlesurf spots – including Tokyo (Japan), Hainan (China), Canary Islands (Spain), Scharbeutz (Germany) and Hawaii (U.S.).

Having previously had open competition for the two disciplines, 2017 is the first year APP have closed the roster for the World Tour, mixing in wildcards and inviting the world’s best paddlesurf professionals to compete for the World crowns.

“We’re very excited to see some of the athletes who have decided to join us on this year’s World Tour,” says Tristan Boxford, CEO, APP. “We have thirty-two men and twelve women for racing, and thirty-six men and eighteen women for surfing from over twenty countries. These athletes, in addition to the wealth of up-and-coming talent set to take center stage on the World Qualifying Series, will ensure 2017 is the best year on record for paddlesurf competition.”

Headquartered in Oahu, Hawaii, it is not surprising that the APP World Tour is stocked full of homegrown talent, but it has also managed to attract some global stars. SIC Maui’s Caio Vaz (Brazil) and James Casey (Australia) are just two of these stars who will be riding the waves of the Tour’s surf stops, notably those of the Sunset Beach Pro in Oahu in February.

Stand Up Racing stops make up the bulk of the 2017 World Tour and provide another fantastic international line-up. Athletes including Kenny Kaneko (Japan) and Naish’s Casper Steinfath (Denmark) will take to the waves as part of the group of paddlers fighting to knock elite waterman, Starboard athlete Connor Baxter (U.S.), off the APP top spot. 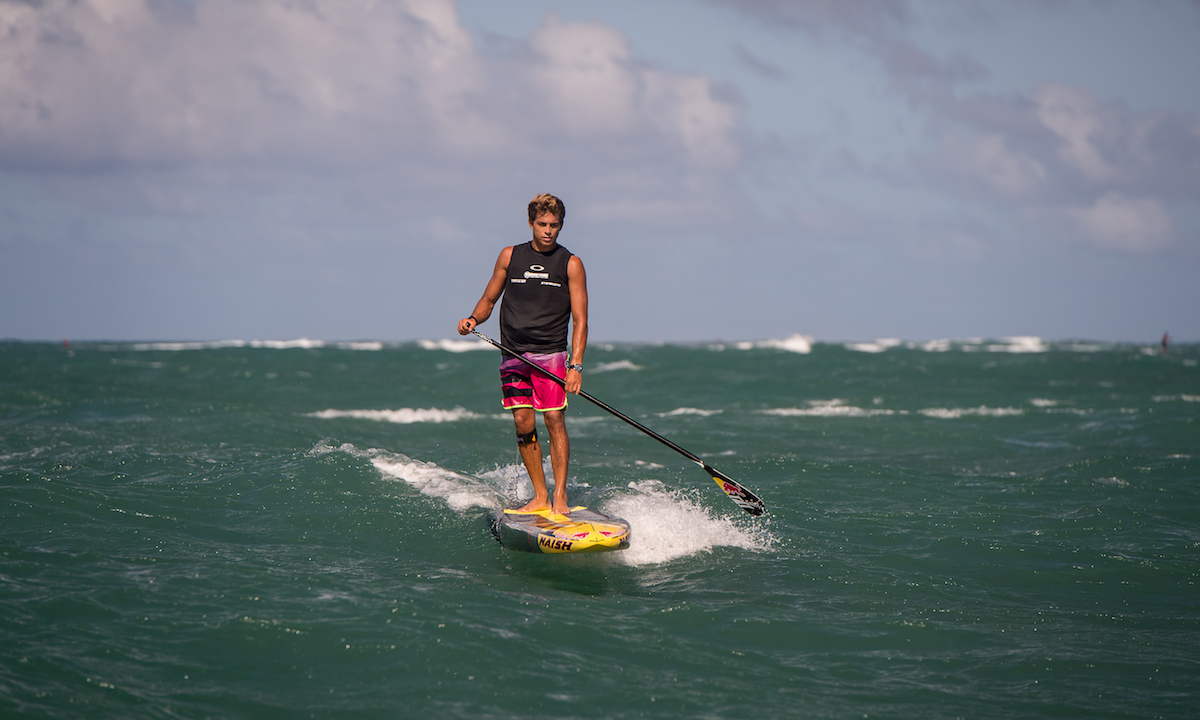 Can Kai Lenny regain the top spot in 2017? | Photo via: APP World Tour

Maui-born Baxter goes into the 2017 APP World Tour as the top-ranked athlete, two places ahead of neighbor and watersport phenom Kai Lenny. Connor and Kai will go head-to-head at seven racing stops in what is guaranteed to be a mouth-watering battle. The rivalry is fierce between these two well-rounded athletes, with both Maui boys desperate to showcase their talent and ultimately be named best paddler in the world.

Completing the 2017 roster is a wealth of the finest female athletes. Surfing will feature Florida-born Izzi Gomez, Oregon-raised Fiona Wylde and Australian Shakira Westdorp. Sonni Honscheid (Germany) and Manca Notar (Slovenia) will make their presences felt in the Racing along with 2016 and 2015 World Racing Champions from the USA, Fiona Wylde and Candice Appleby. 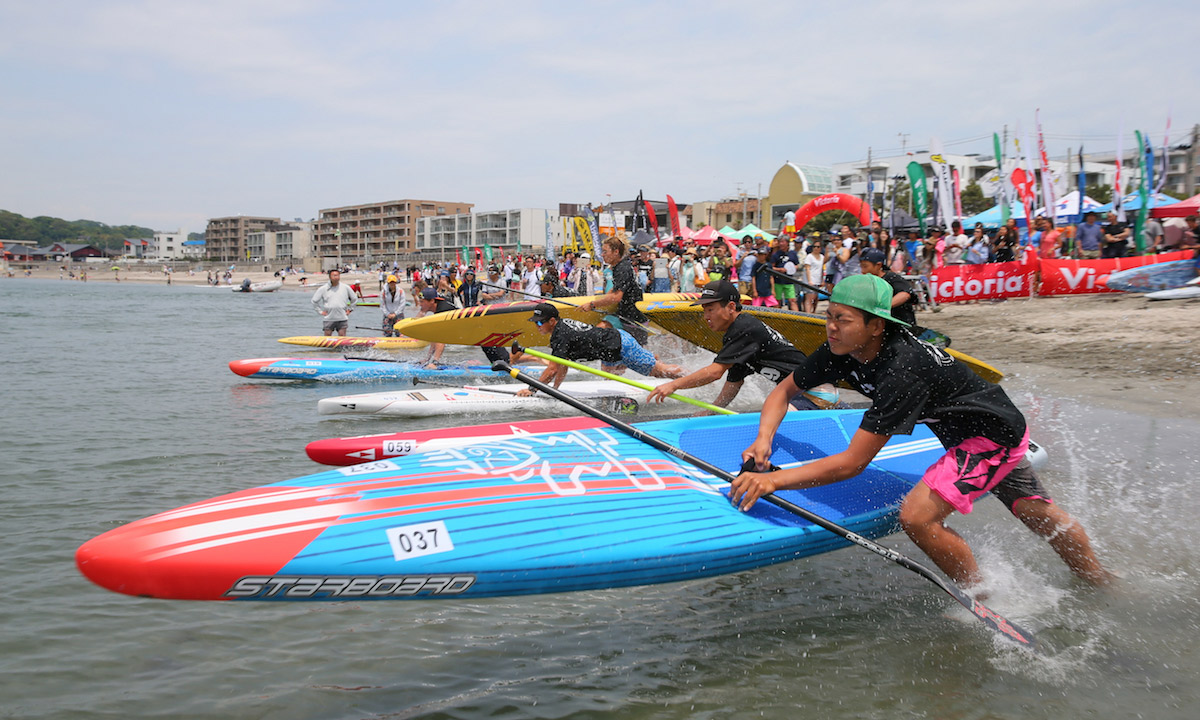 Competition will be fierce in 2017. | Photo via: APP World Tour

As we announce our elite roster of athletes, it is with great sadness that we pay tribute to one of our greatest up and coming female stars that was scheduled to compete in both racing and surfing on the 2017 APP World Tour, Sophia Tiaré Bartlow. A larger-than-life character and an undeniable talent, Sophia was one of the most well-rounded Waterwomen of her generation, able to excel in any form of wave riding. Sophia was taken away from this world far too early and will be sorely missed by all of us here at the APP World Tour.
Watch our tribute to Sophia below.

Sophia’s energy and positivity will always be remembered. We are planning a paddle out and memorial for Sophia prior to the kick off of the Sunset Beach Pro on Oahu, Hawaii, at 10am on Friday 10th February. We welcome all to join us to celebrate the life of an incredible young talent.

All the action from this year’s Tour can be watched free via live stream at www.appworldtour.com, and via an independent series of shows on premier global TV networks such as CBS Sports. See the preview for the upcoming 2017 APP World Tour in the video below.

About the Association of Paddlesurf Professionals

The APP World Tour produces a complete inventory of programming, including live and post produced broadcasts from all its events, with distribution to over 100 countries worldwide via premier global networks such as CBS Sports and Fox Sports Australia, supported by IMG Media. Information is available at www.appworldtour.com and fans can follow events on Facebook and Instagram at @appworldtour.

More in this category: « A Look Back at 2016 Chattajack SIC Maui Signs Seychelle Hattingh and Kody Kerbox »