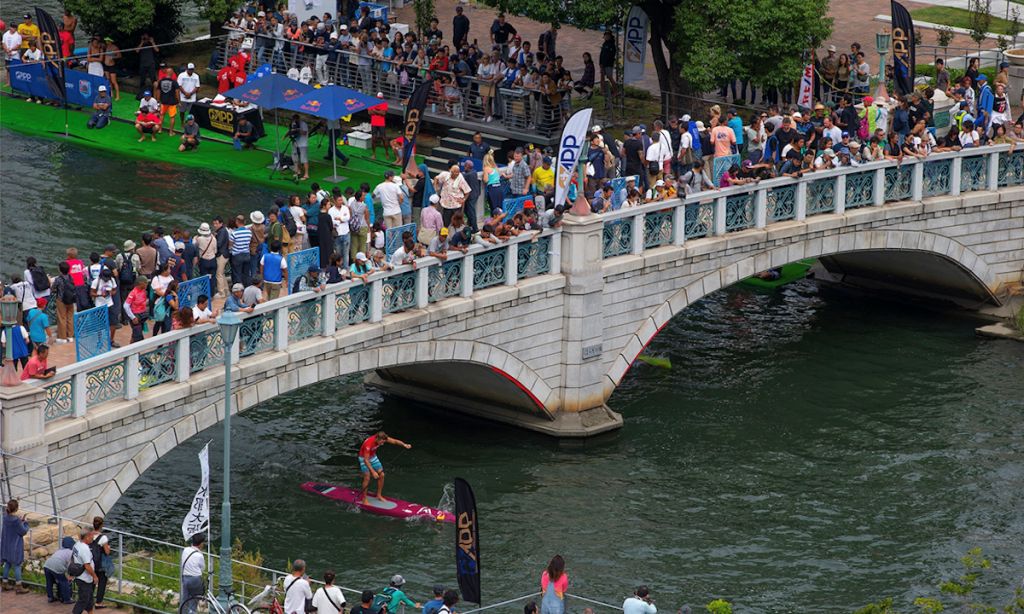 ERICEIRA, Portugal - After much discussion with APP partners and stakeholders in Japan, the APP regrets to announce that it has no option but to postpone the Osaka SUP Open until 2021 due to the ongoing Covid-19 crisis.

The safety of athletes, spectators, and all participants remains our number one priority. Given the nature of the event at the heart of the City and the category of 'mass gathering' that it falls into, together with the international travel that is required for athletes to take part, it has been deemed that September is too early to move forward with the event at this stage.

With the current restrictions in place on international travel, together with the varying state of the pandemic across participating nations, the safety of athletes traveling from all over the world and all parts of Japan is difficult to ensure.

While Osaka was to be the first of three events on the APP World Tour this season, the APP is committed to maintaining 3 stops for 2020 if at all possible, and is working on several alternatives for this first event of the season in order to achieve this.

The APP hopes to be able to announce a replacement for this first stop of the 2020 season later this month, that will likely take place in late October / early November. Stay tuned for the latest updates on the APP World Tour at appworldtour.com and @appworldtour.