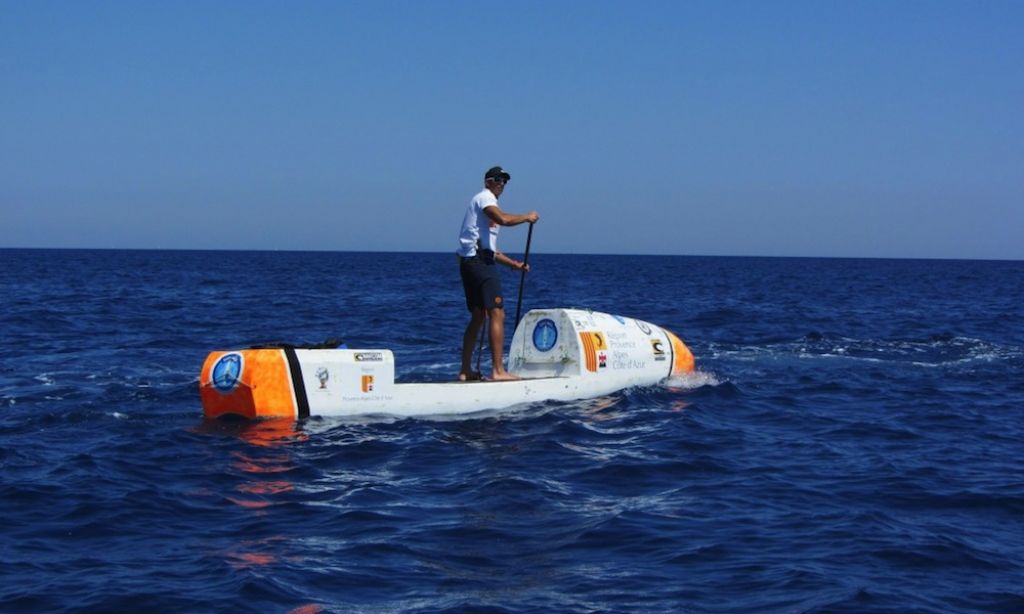 Nicolas Jarossay tests out his custom SUP made for his Transatlantic excursion.

CAPE VERDE, Africa - In January 2016 Nicolas Jarossay, a 38-year-old French paddler, will be making an attempt to be the first person to cross the Atlantic Ocean, solo and unsupported, on a stand up paddle board. Jarossay, a firefighter by profession, has been planning this trip for the past two years, and is currently making his final preparations before he sets out on this extreme expedition across the Atlantic.

Jarossay plans to paddle from Cape Verde, a volcanic archipelago off the northwest coast of Africa, to Martinique, French territory island in the Caribbean, a journey that would last for a period of two to three months and cover approximately 2,500 miles (4500 kms). To carry Jarossay across the Atlantic, a stand up paddle board was specially designed to withstand the elements that Jarossay may encounter, but also as a shelter and storage area for himself and his food supplies, among other items. The custom-made board created for Jarossay has an area of 6.5m long and 1m in width which will be the standing area where Jarossay will be paddling on during his estimated 75 days on the water. In addition to this area, the board has a watertight compartment, 2.2m long x 0.45 m high x 0.80 m wide. This compartment is organized to allow dual use: storage for technical equipment and food, as well as a space dedicated to Jarossay where he will be able to rest and seek shelter.

Jarossay will paddle from Cape Verde to Martinique.

Within the compartment, Jarossay will take:

The entire trip will be quite costly and is largely being made possible by the financial support and partnership provided by Region Provence-Alpes-Côte d'Azur. Here is a breakdown of the Transatlantic budget:

Jarossay will be taking 3 months worth of food, clothing and gear on his journey.

Nicolas Jarossay will be bringing his entire food supply for the 75 day journey which will consist of freeze-dried foods only. In addition to the freeze dried food, Jarossay has chosen to take two water filters that will desalinize the ocean water and turn it into fresh drinking water. Jarossay plans on stopping at least three times per day, morning, noon and in the evening to use these pumps and obtaining fresh drinking water. Jarossay will also be bringing along navigation equipment and embedded security including GPS, locator beacons, survival suit, etc. Jarossay will have an on-land support system including Patrick Favre, who will be in daily contact with Nicolas and will be his guide, helping him indicate the weather and choosing the course to steer. Jarossay will also have the medical team of Dr. Coulange from Ste Marguerite Hospital in Marseilles, who specializes in underwater and hyperbaric physiology, and has been helping Jarossay to prepare for sea survival. 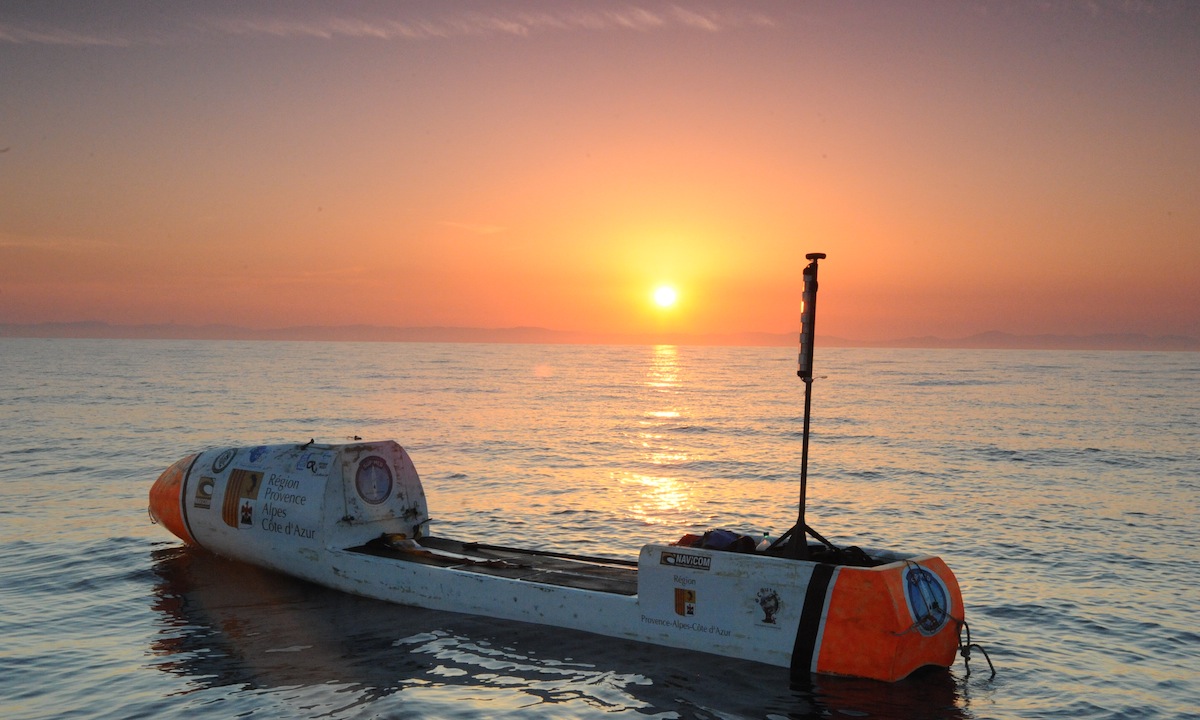 This custom SUP is what Jarossay will be calling home for 2-3 months starting in January 2016.

In comparison to other SUP expeditions that were done like Will Schmidt's 2014 paddle from Canada to Mexico which was 1,386 miles paddled over a period of 61 days, or one of the many expeditions completed along the East Coast by Tom Jones, none have gone (that we can recall) to extremes like what Jarossay is about to attempt. Nicolas Jarossay is about to put an attempt at paddling across an open ocean where things can go wrong very quickly. He will not be able to paddle to shore if the weather is rough, he will not have a boat nearby following his every move. Jarossay is on his own and will be fully self-supported. Jarossay looks to be prepared for quite a wild ride and if completed successfully, he will not only make history, but also memories to last a lifetime. As the expedition draws near, stay tuned for updates. For a preview of Nicolas Jarossay's upcoming expedition check out the trailer in the video below.

To learn more about Nicolas Jarossay and his upcoming Transatlantic SUP expedition, check out his website dedicated to the entire journey HERE.

More in this category: « Surf4Smile Introduces SUP To Madagascar A SUPerior Adventure: Man Becomes First To Circumnavigate Lake Superior On A SUP »