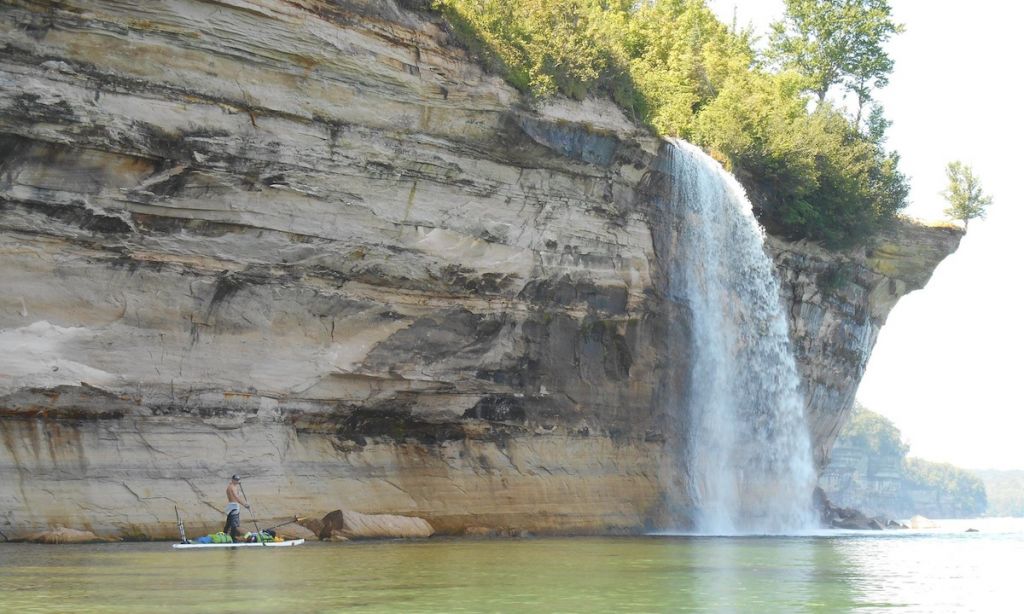 DULUTH, Minnesota - 23 year-old Jared Munch isn't your average college student. Rather than living carefree and with no responsibilities Jared wanted to experience more. A couple of years ago, Jared decided and committed to circumnavigate Lake Superior by SUP and after two long years of preparations he was the first person ever to do so. The journey covered 1350 miles over 46 days on the lake and was largely a solo and unsupported expedition. To learn more about his expedition over the summer we caught up with Jared to talk about what his experience was like out on the water. Take a look:

Lake Superior is quite the task, what was your motivation in doing this extensive paddle?

I had originally been looking at a study abroad option in Patagonia that was designed specifically for whitewater kayakers. It looked awesome, but it was expensive and wasn’t going to help me with my major (civil engineering). I started looking for other ways to broaden my paddling experience and the idea came to me as soon as I looked out my dormitory window. I remember thinking “Why am I trying to travel hallway around the world to have a cool adventure when I have THAT right in my backyard?” At first I thought paddling around Lake Superior was just a crazy idea. It had never been done before on a SUP. I at least took the dignity of writing the idea on a whiteboard for further considerations. After a month of staring at the whiteboard, I knew that it had to be done. This all occurred almost two years before I actually departed.

Did you train for this beforehand? What was your training schedule like?

Training? No. That’s for people with time and money haha. My “training” consisted of me frantically scrambling between school and work for the two semesters leading into the summer. I was working anywhere from 30-50 hours a week on top of being a full time college student just to fund my summer adventure. Physically, I wasn’t in tip top shape when I started. I was over prepared mentally though. I spent a lot of time in class 5 whitewater and surfing Lake Superior. I was totally comfortable being out there in some big water. In addition, I had gotten pretty good at making use of little supplies, and just being miserable in general over the last year during my “training”.

How long did it take you?

It depends on how you look at it. To me, it took me two years on planning and squirrelling away money to pull it off. My total number of days actually paddling around the lake was only 46. I left in early May, then returned to Duluth for two weeks to teach whitewater classes and raise more money for the rest of summer. I left again in June and got back at the end of July. 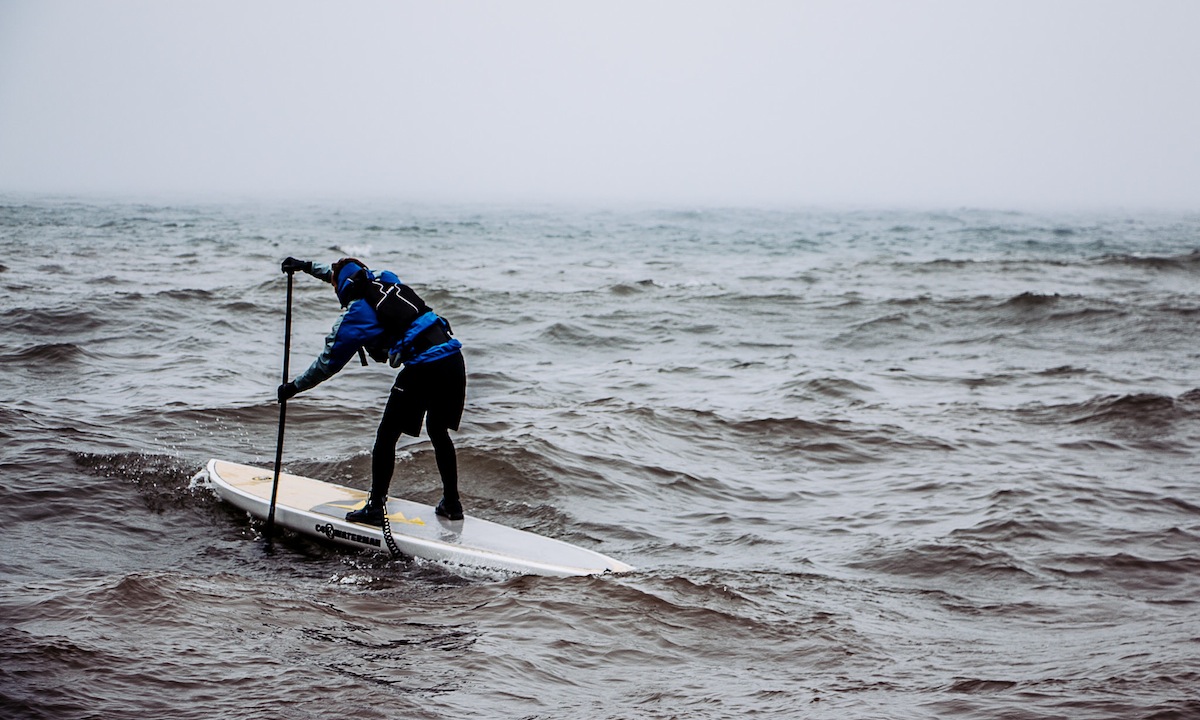 How far on average would you paddle each day?

Over the summer, including my days off for waiting out the weather, I averaged just under 30 miles/day. My biggest day was 52 miles.

Was your adventure supported or unsupported?

What gear did you take with you? 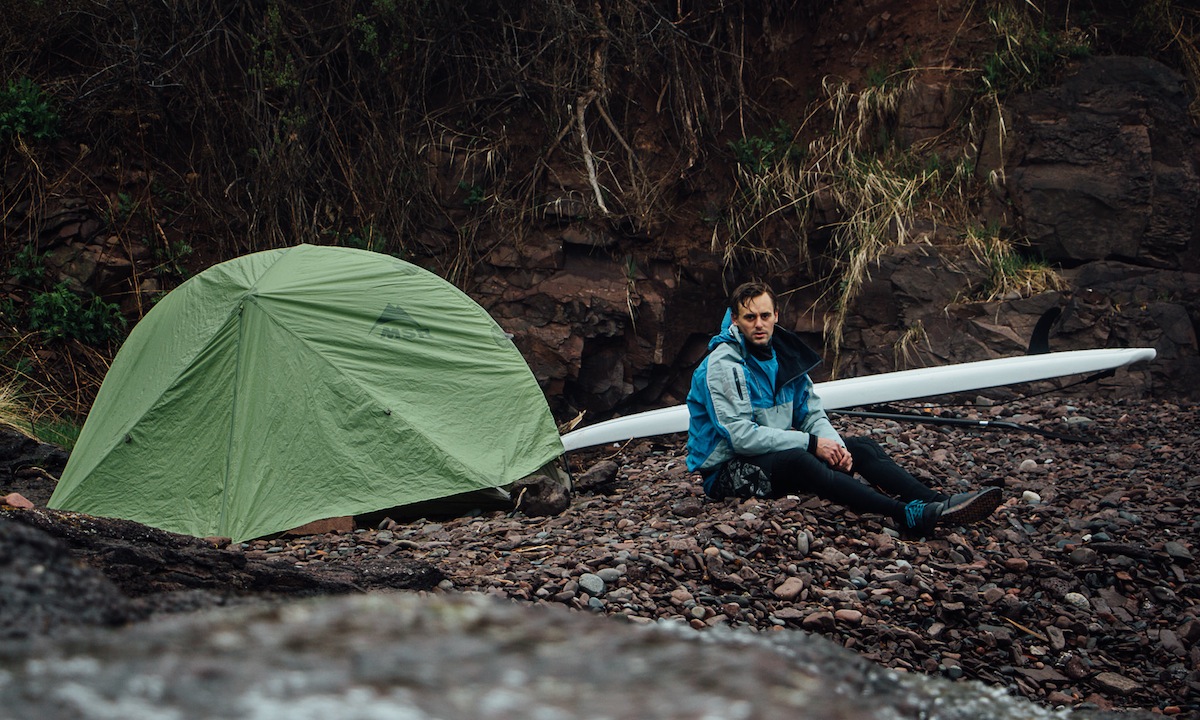 Dealing with the wind was a huge thing for me. Keeping a 14’ board tracking well in a strong beam wind is one thing, but put a bunch of camping gear on it and you will have a much larger problem. Hunger was also a big thing for me. I had no possible way of eating as many calories as I was burning. I lost 15 pounds in the first three weeks. The remoteness was difficult at times, but I mostly enjoyed the thrill of having only myself for any type of support.

Biggest thing you learned after going on this adventure?

Paddling flatwater all day isn’t very fun. You start to hope for some storms and nasty weather just for an ounce of excitement. 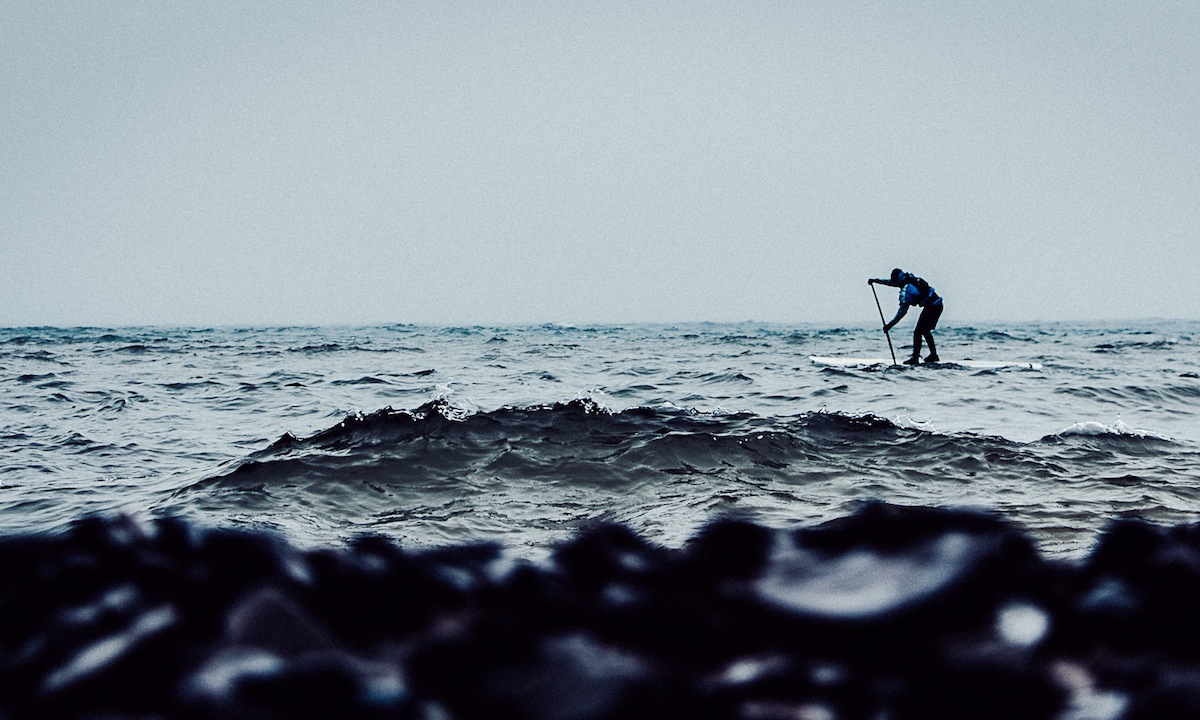 Munch getting the nasty weather that he had hoped for. | Photo Courtesy: Jared Munch

Would you consider doing it again?

The exact same trip? No. A circumnavigation of the lake was a one and done thing for me. I would feel weird doing it again. There’s kind of a spiritual thing about the lake to me. The memories from the trip are so vivid in my mind that I don’t want to relive them or change anything about them. I’m sure I’ll paddle parts of the shoreline again, or tour to some of the more remote surf breaks that I found, but I will not do another full circle continuously.

Do you have any other SUP adventures planned in the future?

Yes I do. Next spring I will be completing the first descent of the Steel River of Norther Ontario. We’re going to hit it as the snow is melting, which means living in a drysuit for a week and paddling lots of whitewater with camping gear on the board. Very little about the trip will be easy, but that’s what makes it an expedition.

We look forward to seeing a lot more expeditions from this young talent and we wish him the best of luck in his endeavors. To see a sneak peak at the documentary that Jared is editing check out the video preview below!

More in this category: « Crazy Or Courageous: Man Attempting To Cross The Atlantic On A SUP Stand Up Paddle Boarding Through Algarve's Legendary Benagil Caves »