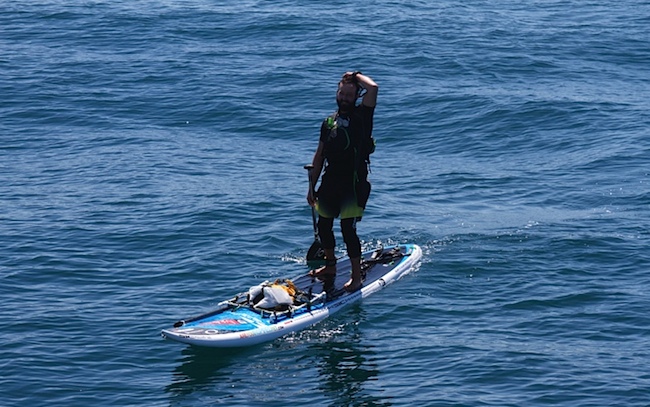 DANA POINT, California - Local Southern California ocean athlete, Will Schmidt, has completed what will now go down in history as the first consecutive Canada To Mexico voyage via the Pacific Ocean solo on a stand up paddleboard.

On May 24th, 2014 Schmidt navigated a SIC F-16 stand up paddleboard solo and largely unassisted from Neah Bay, WA to Swiftsure Bank in the Strait of Juan de Fuca (Canadian/US border) and paddled south 1386 miles to the USA/Mexico border fence in Border Field State Park, Imperial Beach, CA. The voyage lasted 61 days total with 58 days of actual paddling. Schmidt surfed to the shore and touched down at the border fence at approximately 6:45pm on Saturday, July 26th, 2014. 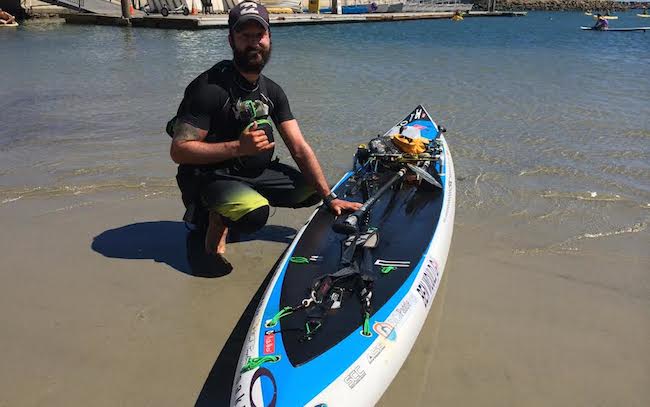 Will Schmidt paddles as a brand ambassador for SIC, Oakley, Nemo Equipment, Carapace Wetsuits, Astral Designs, Black Diamond Equipment, Swiss Barefoot Company, and the Wounded Warrior Project. He continues to seek donations through his crowd-funding site to benefit active duty and veteran US service members suffering from post combat anxiety, depression, PTSD, and traumatic brain injury. By visiting Will's athlete website, areyouinspiredyet.com, and following the 'click to donate' link, anyone can place a donation to his cause. 8k of a 30k fundraising goal has been met to date.

For more information, to set up an interview or appearance, or for unique press ready photos and video clips, email [email protected] or by phone at 949-374-3751.

More in this category: « A Day With Will Schmidt As He Paddles From Canada To Mexico Circumnavigating Puerto Rico By Paddleboard »