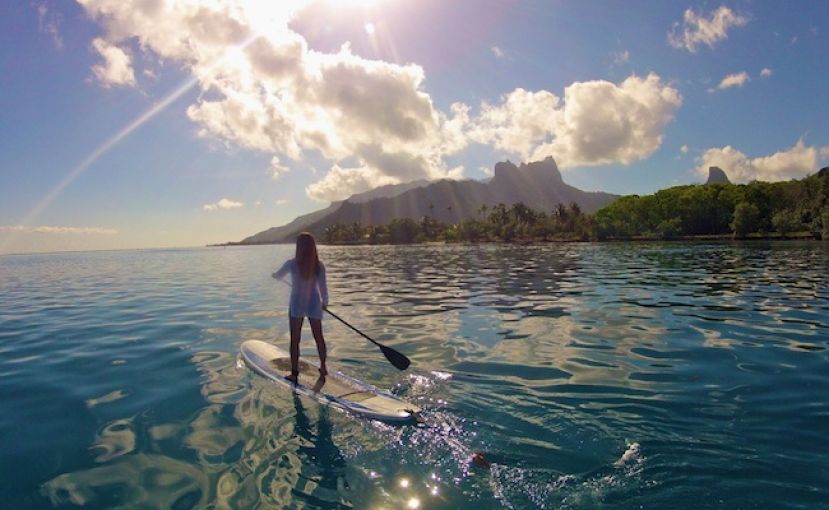 SAN DIEGO, California - You're always hearing people say that Stand Up Paddling is the fastest growing water sport in the world today. While we're not out to say whether or not it is, one thing is for sure: SUP sure is growing. This week we wanted to pay homage to our Photo of the month Submissions that come in from all corners of the globe. It's awesome to see them every month, so please don't stop submitting.

If you'd like to see your photos featured on Supconnect or get in touch with other paddlers from around the world, take some time to join the community and start connecting. 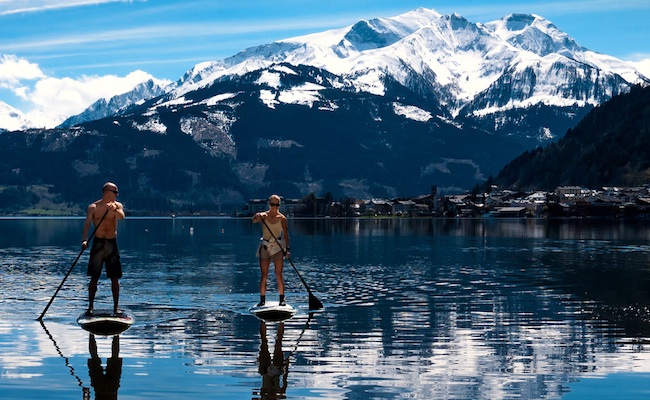 The slopes of Zell Am See are more famous for skiing, but David Bangtsson shows us a very different side. 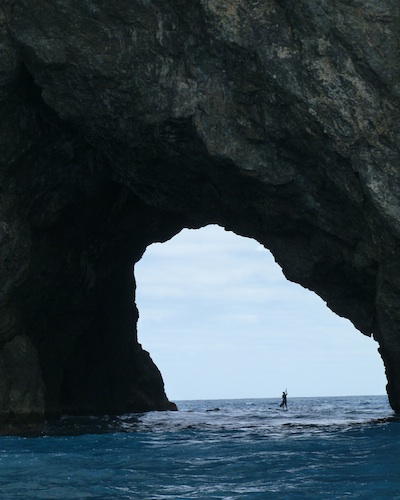 Bay of Islands is one of the most beautiful outdoor spots off New Zealand’s Northern Island. While it shot to prominence as a fishing and diving location, paddlers are starting to take advantage of the scenery. Image by Phill Smith. 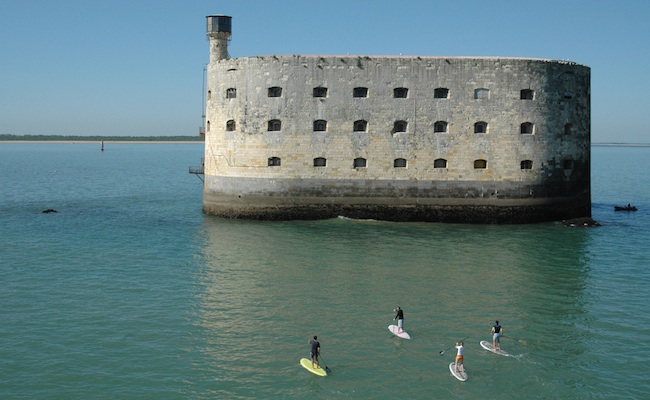 Fort Boyard is an aquatic military base on the West coast of France with an interesting history. The fort was originally commissioned in 1757, but numerous delays held back its completion until 1857. Emeriaud Jerome snapped this shot of four paddlers enjoying the scene. 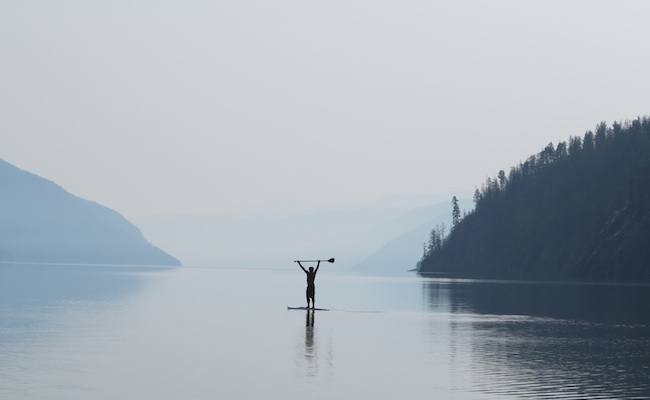 According to photographer, Michelle Mitchell, this shot of Arrow Lake was captured on a rare, calm day off a sandbar. There is no photoshop, filter or correction added - just a simple shot that makes you wish you were there. 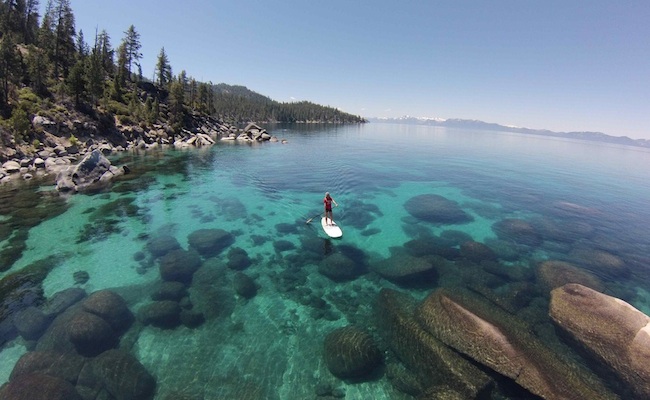 Lake Tahoe is a magical place: amazing to paddle through summer, spring and fall, but pretty dicey during frozen spells in winter, when ski season kicks in. Nicole Pratt isn’t fazed by snow on the mountains. This is her cruising on the Eastern Shores of Tahoe. 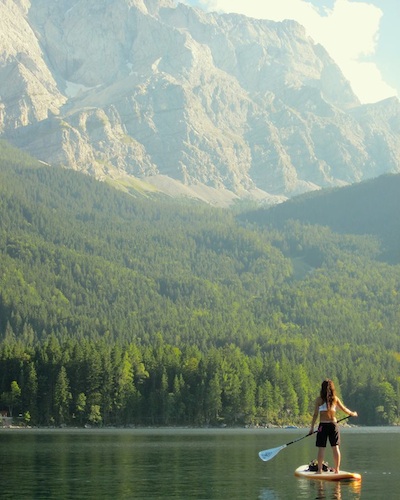 Tina Mazur sent us this stunning image of her enjoying a paddle below the foothills of the Zugspitke, Germany’s highest peak - 2962 meters. 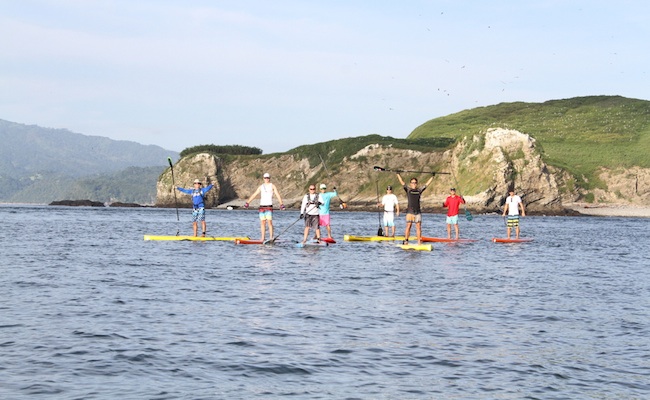 Costa Rica is one of those amazing places that makes you want to sell everything you have and move there. Weny Solano sent us this fun image of her crew crossing the Nicoya Gulf, the body of water separating the Nicoya Peninsula from mainland Costa Rica. 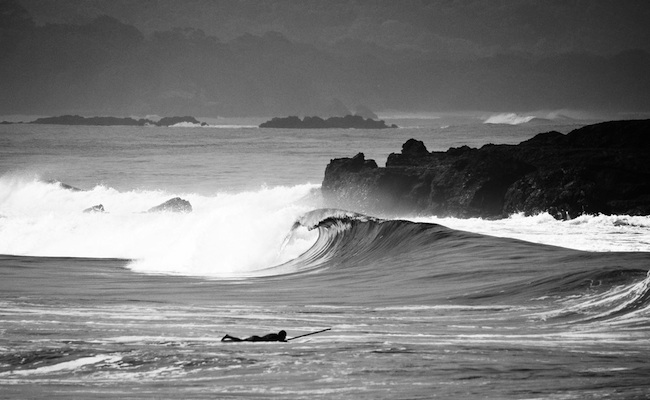 There’s also a few waves in Costa Rica… Nate Smieja Submitted this image of a glassy, early morning paddle out for some juicy tubes at a secret nook. 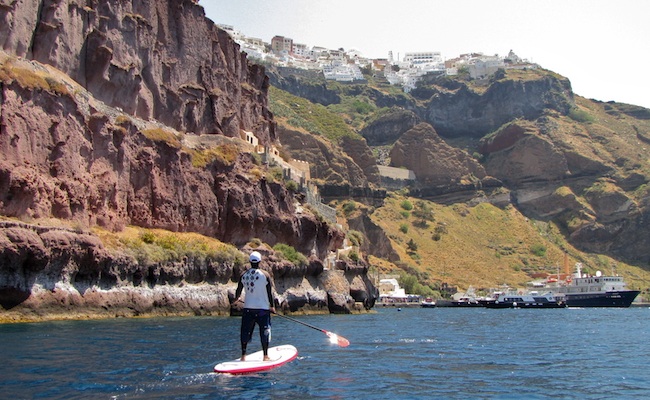 With some of the most mesmerizing islands in the Mediterranean, it’s no wonder Stand Up Paddling in Greece is taking off. Konstantinos Anastapoulos sent us this image, captioned “arriving at the Lost City,” referencing the the ruins of Akrotiri, a Bronze Age settlement that is said to have inspired the Lost City of Atlantis. 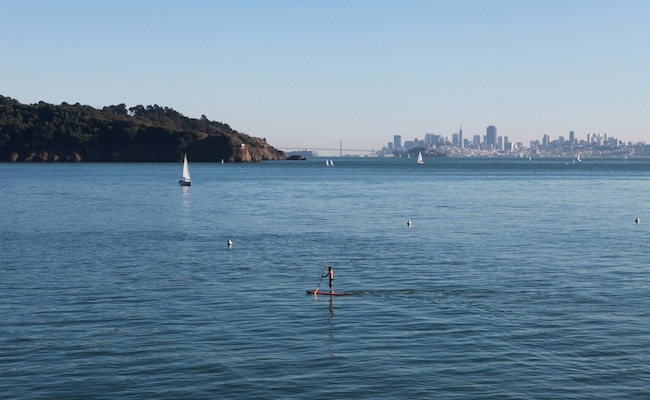 San Francisco is a city of many faces. Foggy mornings on the bay, with ships passing and Alcatraz looming beneath the haze, can give it a spooky vibe - especially when you throw cold water and hostile wind into the mix. On clear, warm, sunny days it's like another city altogether. Here Casey Sullivan shows us her fairer side.

If you haven't done it already, please take a moment to vote for your choice as Supconnect Photo of the Year.