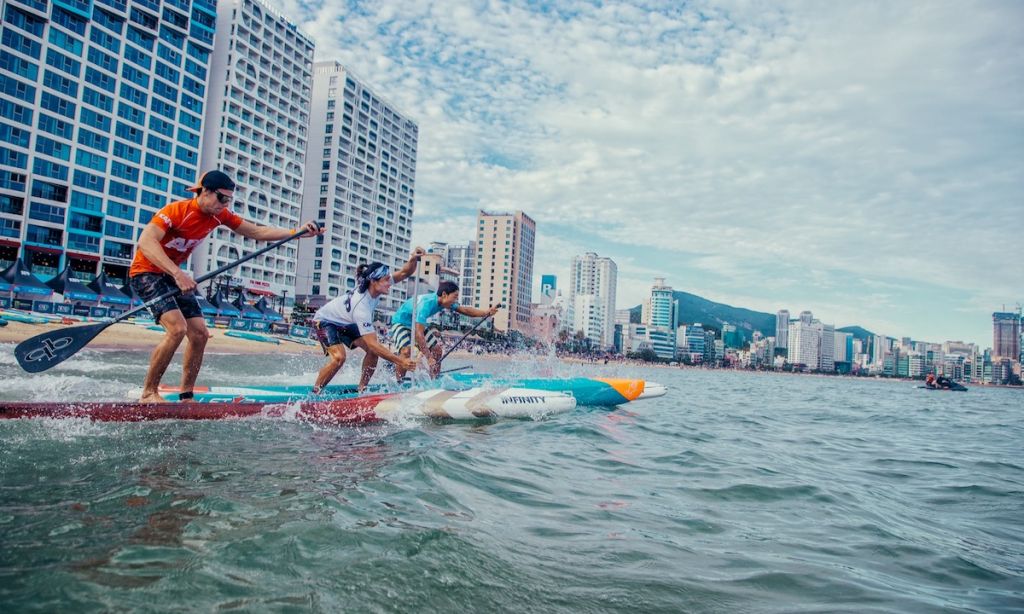 BUSAN, KOREA­—Over the weekend, the inaugural stop for the APP World Tour in Korea delivered spectatular action with wins secured by Rai Taguchi, Caroline Kuntzel, and April Zilg. Stop #3 of the Racing World Tour came to a close on Sunday with a technical 10km distance race that offered enthusiastic bystanders an incredible display of athletic prowess.

The Busan SUP Open started strong with Japan's Rai Taguchi and Denmark's Caroline Kuntzel claiming their first ever sprint win on the World Tour. Stop #3 of the Racing World Tour was the occasion for one of the most incredible men's finals ever seen at the event.

With Rai Taguchi's slow start, we all thought it was over for the Japanese Young Gun. However, the determined athlete put the hammer down and against all odds caught the rest of the pack, taking the win for the men. This was no easy feat, as he came up against some of the best sprinters in the world, with Claudio Nika, Itzel Delgado and Shuri Araki also in the final.

Denmark’s Caroline Kuntzel claimed it for the women, in a long overdue win on the APP World Tour. The Danish sprint powerhouse dominated both local and international talent throughout the heats and saved just enough energy to battle with Argentina's Juliette DuHaime and Busan local Choi Ji Won in the finals to clinch her first sprint title. 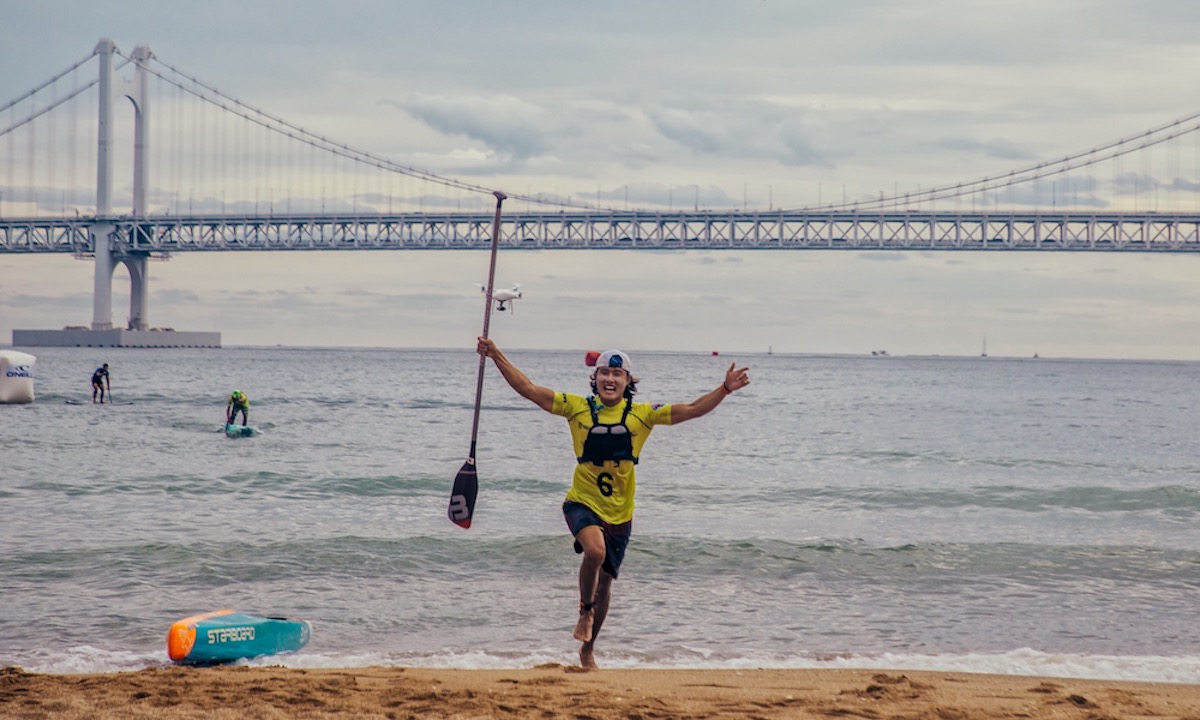 Sunday saw our athletes embark on a very technical 10km distance race, where Taguchi clinched his second win of the weekend with April Zilg winning it for the women.

The first lap of the men’s distance race was a tight battle between the lead pack, but by the second lap, sprint champ Rai Taguchi managed to break away from the group with fellow Japanese racer, Shuri ‘Shrimpy’ Araki. Taguchi’s ocean knowledge and technical ability prevailed, and he was greeted at the finish line with not only the distance title but the overall title too.

In the women’s race, USA’s April Zilg was untouchable from the get-go. She paddled gracefully in the choppy conditions, with every wave taking her farther away from the rest of the pack. With Zilg practically unbeatable, the battle was on for second place between Argentina’s Juliette DuHaime and Denmark’s Caroline Kuntzel. Juliette’s endurance triumphed and she claimed second place. Kuntzel's placement in third meant she secured the overall title after her victorious run in the sprints the previous day.

Missed the live action? Check out the video of the distance race below!

Gwangalli Beach provided the perfect venue for a weekend of racing for both the professional athletes and the hundreds of amateur racers in Busan, which has one of the most vibrant and hospitable SUP communities in the world. Catch all the results and watch the best highlights from the Busan SUP Open right here.

More in this category: « Events of the Month: October 2022 Starboard's Exciting Lineup For 2023 Has Dropped »