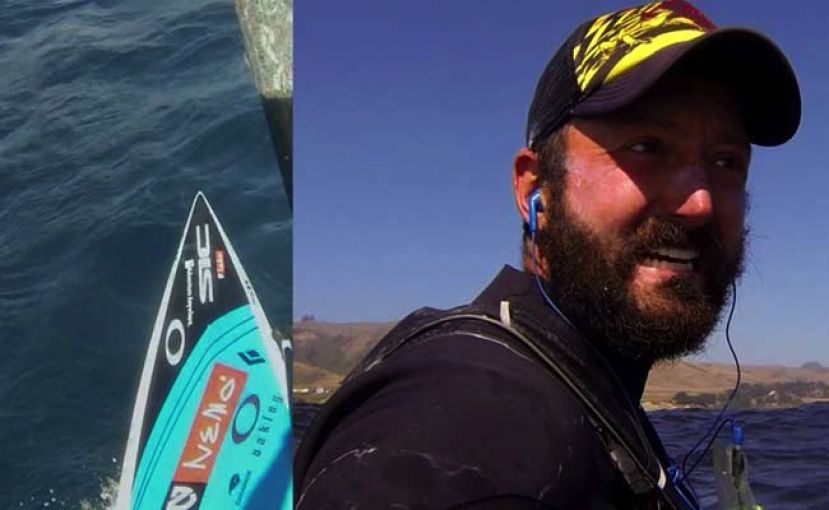 Will Schmidt takes a selfie on his journey from Canada to Mexico. | Photo: Will Schmidt

SAN DIEGO, California - The name Will Schmidt might sound familiar to you. That's because earlier in 2014 Will set a world record and was the first person to standup paddle largely unassisted from Canada all the way down to Mexico on his SIC F-16 standup paddle board. As you can imagine, this journey was an incredible accomplishment for Will as well as a trying time while attempting to overcome mental breakdowns and physical exhaustion. Will's journey lasted a total of 61 days, 58 of which he was paddling.

Will has been putting together images and video of his journey and has just released a brief teaser of what we can expect from his film. The teaser is comprised mostly of selfies he had taken while on his journey, but you will also be able to see a few snippets of video. Will describes his teaser below:

"In the summer of 2014, I embarked on a largely solo and unassisted stand up paddle journey from Canada to Mexico with nothing but food, important survival items, and enough personal camera equipment to document everything twice-over. 15 hours of video footage and photographic evidence has emerged as a result of that endeavor and a documentary film is in production with a tentative mid-spring 2015 release date set. There were more than a few instances that I had to decide whether to save myself from impending doom at the hands of a furious ocean...or turn a camera on first! Of course, documentation won that battle most of the time and I have the bumps, bruises, scars, and stories to prove it."

"I thought it would be great to provide a short sneak peek into my world before my film and future expeditions unfold. What I have compiled is roughly two minutes of 'selfies' from video screenshots along the way. The following images are 100% unedited, unfiltered, raw, real, in the moment, in your FACE reality checks of just what it looks like to attempt modern day oceanic expeditions. The camera capturing these stills was either mounted on my body, my board, or held in a outstretched hand in fairly precarious moments in time."

Take a moment to take a peek inside of Will's epic journey and prepare to be excited for his full documentary that's to come later this spring.