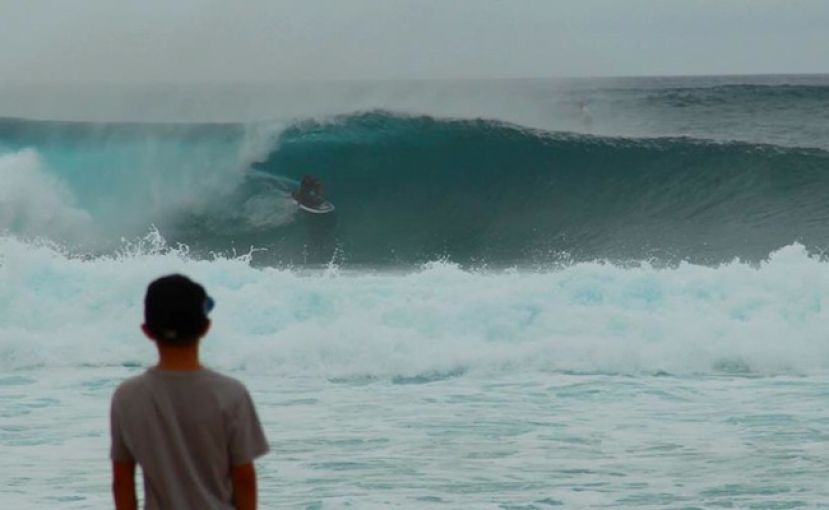 OAHU, Hawaii - After a challenging first outing at Pipeline last Friday in lacklustre conditions, an elite crew of 6 Stand Up Paddle athletes took to the water for an hour long exhibition, as the winds turned offshore, and the surf turned on for a unique showcase for Stand Up Paddling at Pipeline.

Keali'i Mamala has been off the Stand Up World Tour radar for a few years, after a strong early surge in Hawaii and Tahiti, but comes back into the limelight this week by taking the win in this second SUP exhibition at Pipeline held in far superior conditions than the first last week. After a few months in Europe riding everything from Stand up to tow surfing boards, Keali'i has been looking fit and hungry, as he used his knowledge out at Pipeline to find the best barrels of the heat, scoring a 9.6 on one to take the win in this 'best wave' format.

As an exhibition of Hawaiian talent out at Pipeline in memory of Duke Kahanamoku, it only seems fitting that Keali'i should excel not only at Pipeline, but celebrating this unique opportunity to showcase a Hawaiian sport in Hawaii waters. One thing is for sure, Keali'i is certainly looking like a strong contender as we look ahead to the Sunset Beach Pro coming up next month as the prestigious Opener for the World Championship Tour. 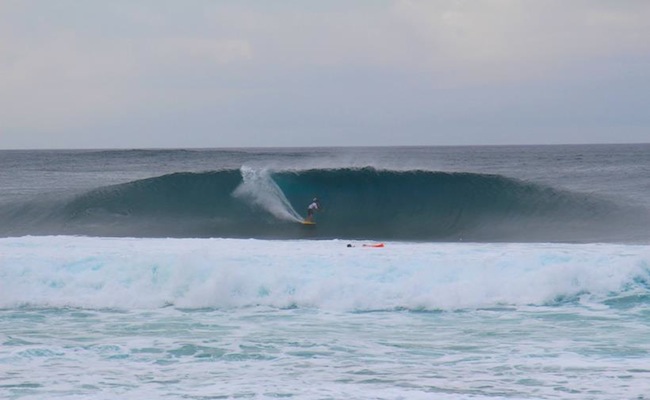 Noa Ginella comes into his own, driving through a beautiful Pipe barrel to place 2nd. | Photo Courtesy of the Waterman League.

Noa Ginella (Naish) grew up here on the North Shore of Oahu and is one of the more laid back characters on the Stand Up World Tour, with an eye catching, fluid style and approach to his surfing. Pipeline proved to be the perfect canvas for Noa yesterday as he picked off a couple of great waves, inclusive of a high score of a 7.6 to take 2nd place in this prestigious exhibition.

A well deserved way for Noa to kick off his year, as he will not put his head down and focus on the upcoming World Tour Opener at Sunset Beach. Watch out for this young talent this year from Oahu's fabled North Shore and check out the highlights from yesterday's action by watching the video below. 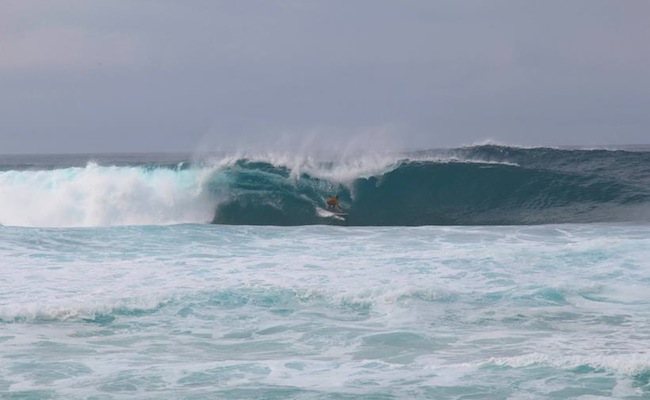 Kainoa McGee once again stamps his authority out at Pipe opening the showcase. | Photo courtesy of the Waterman League.

Kainoa McGee has long been one of the standout chargers at Pipeline, first as a pro bodyboarder, then Surfer, then Stand Up Paddlesurfer, as he continues to have a dominant presence out at the infamous Banzai Pipeline.

Straight out of the gates, Kainoa rolled in on a second reef Pipe wave, positioning himself perfectly to get barreled and posting the first score of the day of a 6.77. While he didn't find another good one until after the heat, where he pulled into a long barrel to applause on the beach, Kainoa once again proved himself to be a major threat out at Pipeline

For more highlights of the event and to learn more head to watermanleague.com