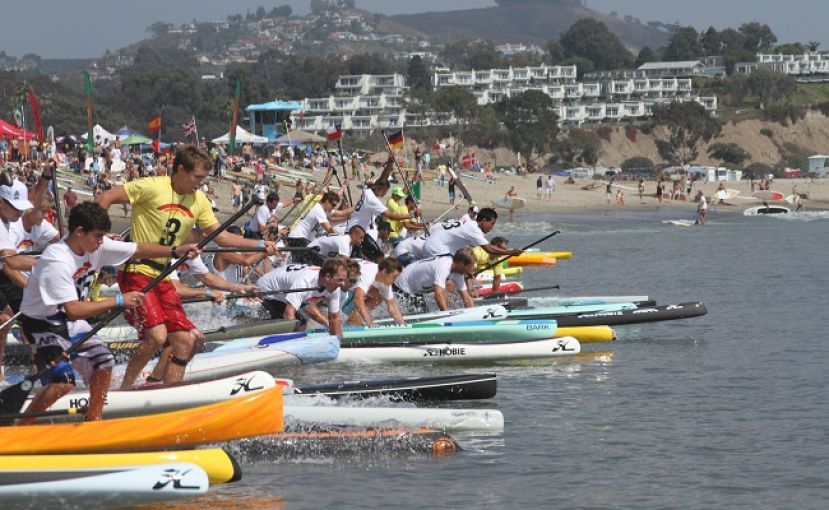 DANA POINT, California - The biggest race of the year has finally arrived and we couldn’t be more excited to watch the weekend unfold. There is already a cloud of rumblings about what is to happen over the weekend, like, who will win, will there be upsets, and the ever-changing drama with the new location.

Here’s our breakdown of what to expect this weekend: 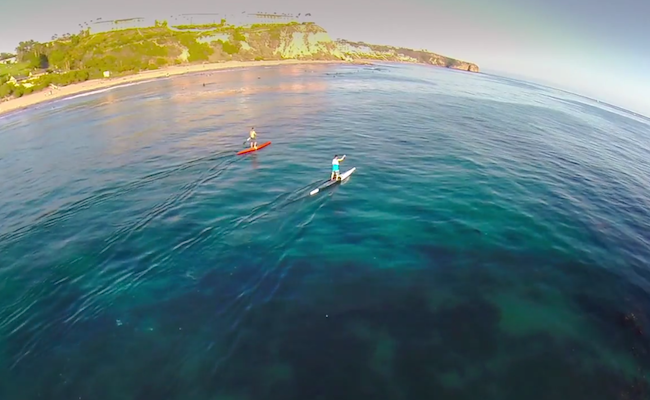 Traditionally, the BoP has been held at Doheny State Beach, but, after last year saw a maxed out crowd and more competitors than ever, the BoP Committee decided to move three miles north to Salt Creek Beach. Salt Creek has the potential to hold almost double the exhibitor spaces than what was at Doheny and the beach stretches twice as long.

As a bit of added drama, rumor has it that because of all the swell Southern California has had in the last two months, the beach at Salt Creek has diminished to something much smaller than normal and much of the sand has disappeared. Only time will tell and we will find out soon how much truth there is to this rumor. Stay tuned…

The Battle of The Paddle features an offshore course that will challenge competitor’s technical, surfing and athletic skills. Elite Race competitors will race on SUP Class 12’6” boards and will compete multiple laps of an off-shore circuit that will include an exchange area where they must beach their equipment for a short sand run around a course flag. 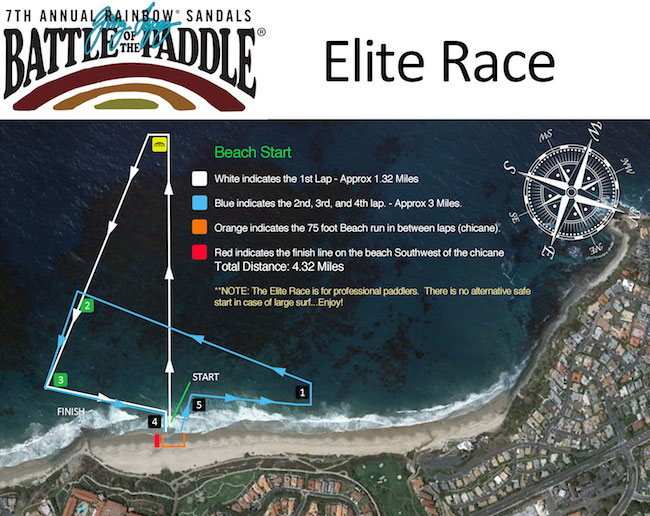 The Long Distance Race will have an Elite Race category for men and women, as well as, age groups. Elite Distance racers will race on 14’ boards (men and women). All participants must provide their own hydration and be skilled and experienced enough to complete a ten mile open ocean paddle. 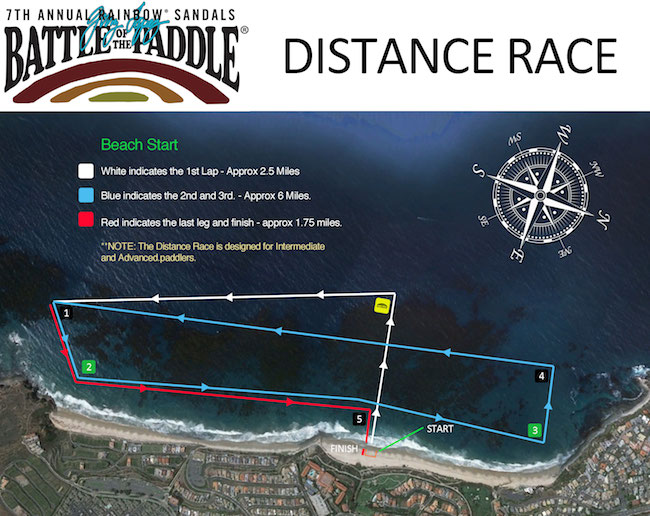 To view the Open and Prone race courses, click here.

Moving the location to Salt Creek added a whole new level of excitement surrounding the Battle of the Paddle. While Doheny State Beach gets swell, it is nothing compared to the strength and level of performance when it comes to surfing these waves as does the left point break down at Salt Creek.

With a solid southwest groundswell predicted to hold strong through the weekend, the Battle of the Paddle will be quite exciting and potentially dangerous to those who are not properly prepared.

For those competing, PFD’s are required and helmets are strongly advised. 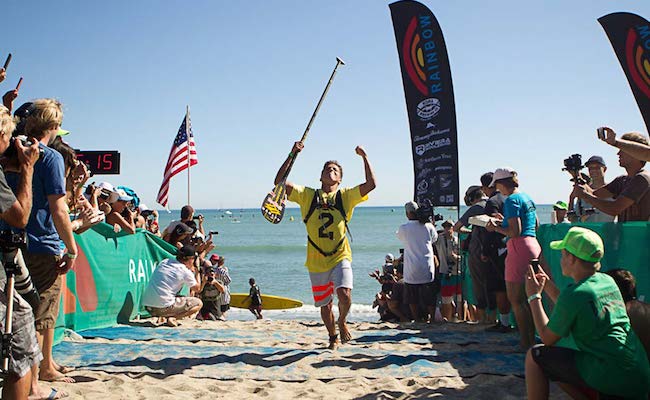 Kai Lenny, the 2013 BoP Champ will be defending his title.

Danny Ching - Danny Ching (FCS SUP) is a mad man. He broke a world record this year and became the paddler with the fastest time in the 200m sprints while in Europe, and, he has been on the podium year after year at the Battle of the Paddle.

Kai Lenny - As the reigning champ of the Battle of the Paddle, you can bet Kai Lenny (Naish) is prepared to reclaim his title and get the crown once again.

Connor Baxter - Connor Baxter (Starboard) has been on fire this year and he seems to be unstoppable. He is coming off a recent win at the Huntington Beach SUP World Series where he won the 2014 World Title. With momentum and confidence on his side, Connor will be a force to be reckoned with.

Travis Grant - Travis Grant (NSP) is no stranger to the BoP and he won the Elite Distance race last year. Aside from finishing second at the M2O, Travis has had a relatively quiet year so far in 2014, and I can guarantee that he will pull out everything he has to get another win this year and maybe even take the title away from Kai in the Men’s Elite. 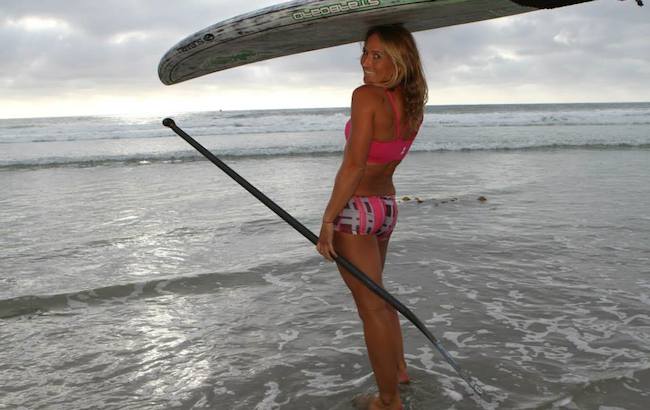 Annabel Anderson - With two consecutive wins at the 2012 and 2013 BoP, we are betting that Annabel (Starboard) wants to come away with a three-peat and take it again this year. Annabel is a beast and she won’t go down without a fight.

Candice Appleby - Candice (Ocean Minded) was the dominating female at the BoP for years on end. Last year, Candice had to miss the BoP due to an injury, so, with her being back in the zone this year, you can bet Candice will come swinging out of the gates in an effort to reclaim her crown.

Jenny Kalmbach - Jenny has been a top female in the SUP race scene and has done very well each year at the BoP. She’s due for a big win and the 2014 BoP could be her calling.

Lina Augaitis - We’d be silly not to include Lina in the top female contenders. This year, Lina (SIC Maui) won the Lost Mills 200m sprint naming her ‘The Fastest Paddler on Earth.” With that title alone, Lina is definitely in the contention for winning this year.

With that said, we look forward to the pure chaos that is to unfold this weekend as we are sure to see history be made at the 2014 Battle of the Paddle. Stay tuned for the follow-up report on all of the happenings and everything you need to know about what happened this year.

More in this category: « What is The World Championships of Paddleboarding? What's Next After Biggest Race of the Year? »