The Repechage for both Men and Women wraps in building surf and great conditions, as the Barbados Pro intensifies. | Photo courtesy: APP World Tour

BATHSHEBA, Barbados - Increasing swell with a longer period and light tradewinds greeted the world's best this morning in Bathsheba for the second day of competition here at the inaugural Barbados Pro.

Action got underway right off the bat with Men's Repechage heats, as Marcio Grillo posted some great scores (and went on to win the Best Barrel later in the day in the Expression Session) to convincingly win his heat and advance through to Round 3. The Brazilian theme continued, with some great surfing from the youngster, Kauan Terra, while Juan Barrios from Spain and Julien Bouyer both put together strong performances to advance through to Round 3. 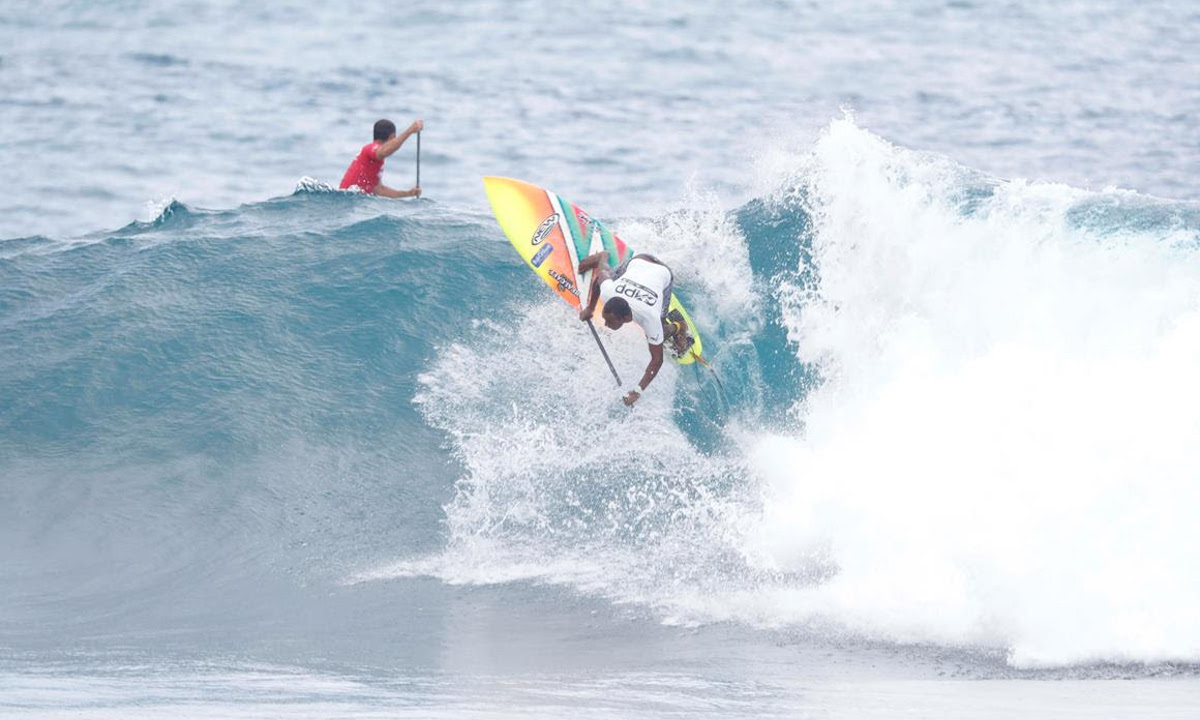 Stand out performances in the Men's repechage sees the cream rise to the top as Lucas Medeiros posts highest score of the day. | Photo courtesy: APP World Tour

The Brazilian theme continued through the second half of the repechage, as Wellington Reis put on a strong performance to advance (he will now meet Luiz Diniz in Round 3 for one of the most anticipated clashes of that round), followed by fellow countryman Lucas Medeiros, who posted the highest single score of the day.

Another young Brazilian, Leonardo Gimenes continued the roll, taking victory along with the Puerto Rican phenom, Maximillian Torres from Puerto Rico, who strung together some progressive turns, demonstrating flow and style in his surfing.

As we await even better conditions that are forecast for Friday to continue on with official competition (with similar size surf and mellower winds), Sea2See Eyewear stepped up to present the Barbados Pro Expression Session, to take advantage of the great waves on tap and showcase the element of progression in the sport of SUP, that is omnipresent, now more than ever.

That is never more the case then when watching Luiz Diniz' surfing, a point noted by the APP Judging panel as they awarded Luiz with the best air award of the Expression Session presented by Sea2See Eyewear. However, it was certainly not a one man show, as 26 of the best in the world stepped up to showcase progression and performance at the Soup Bowl. 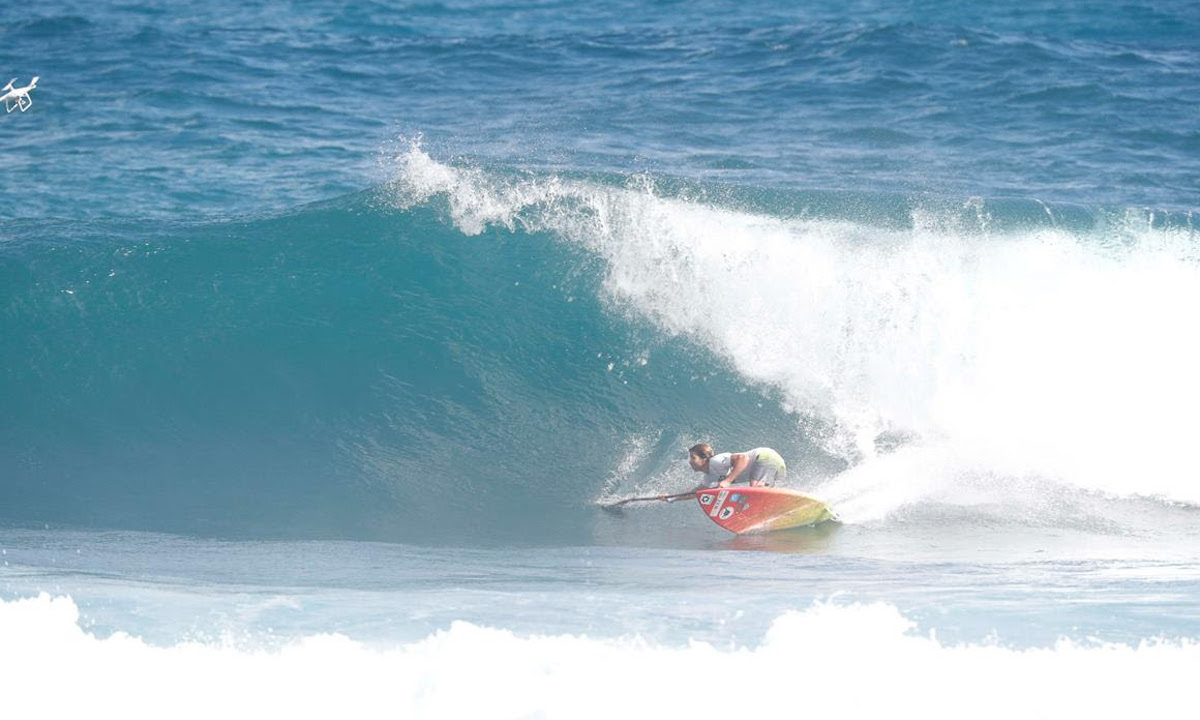 Julien Bouyer just edges out Wellington Reis for best wave after much deliberation by the Judges in the Expression Session. | Photo courtesy: APP World Tour

France was also well represented in today's action, with a brother on brother heat in the repechage (that saw the elder, Julien come out on top) and stellar performance from Benoit Carpentier in the Expression, narrowly missing out on the best wave award.

But it was Julien Bouyer who was able to edge out Wellington Reis from the top spot to take the Best Turn Award with a critical, in the lip turn executed with 1000% commitment. Julien will certainly be one to watch out for in the next round of competition as we pick back up with Men's Round 3 from 12pm local time Friday. 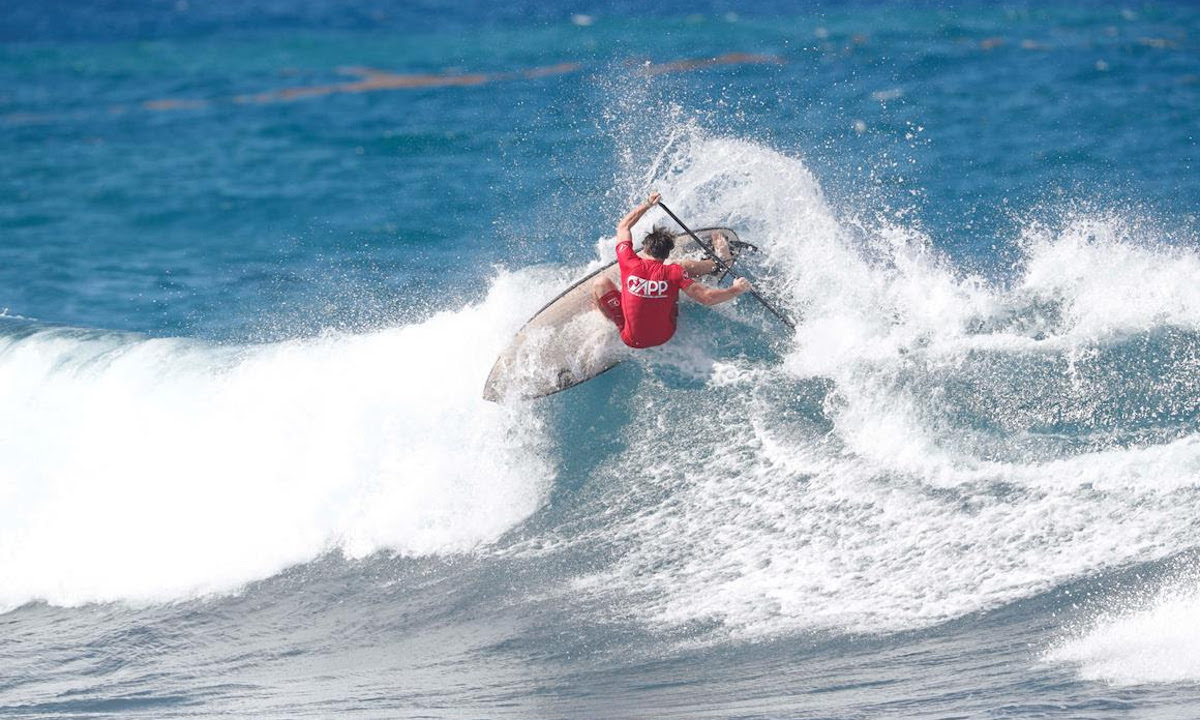 Current World Champion Sean Poynter from Florida has already developed an affinity for Barbados and its gem, the Soup Bowl in Bathsheba, and that was never clearer than it was in today's Expression Session. Sean was able to back up a strong opening round performance (where he posted the highest score of the contest so far) with the best wave award for a powerful, but cleanly executed wave that ended up stealing the show from the Frenchman Benoit Carpentier who had been on the top of the leaderboard until then.

It will be back to the real business at hand from 12pm Friday however, as Round 3 action will get underway as competition intensifies, surf builds and wind conditions improve to set the stage for a show to remember. 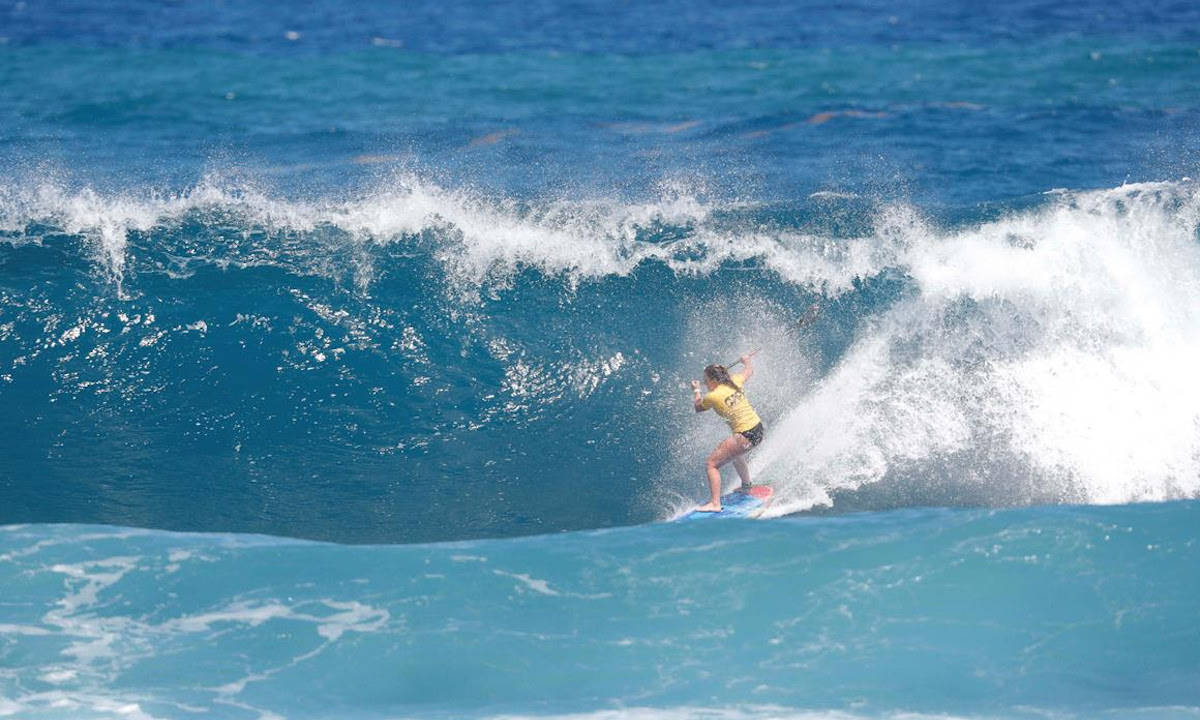 The Women's repechage sees Fiona Wylde and Lara Claydon excel as the final 4 advance through to the Quarterfinals. | Photo courtesy: APP World Tour

The Women's Repechage brought forward some more great action, as Fiona Wylde and Lara Claydon set the standard for the round, advancing through to the Quarterfinals.

Also advancing was Alazne Alonso and an on-form Gabriela Sztamfer, although it was a disappointing farewell to one of the on-form surfers here this week, Aline Adisaka, edged out by a strong performance by both Lara and Gabriela in Repechage number two.

Plenty more action still to come for the Women, with Quarterfinals set to come with real World Title implications, and all players still very much in the mix.

Check out the highlights, galleries and full broadcast replay of today's Barbados Pro action at appworldtour.com & @appworldtour and make sure to join us tomorrow for more action LIVE from the Soup Bowl at 12pm.

The Girls once again put on an impressive show in the Expression Session, with Lara Claydon from Maui taking poll position at the outset, only to be overtaken by the current World Champion Iballa Moreno from the Canary Islands, who defended the top spot for much of the heat.

But, in the dying minutes of the heat, it was the 4-time World Champion Izzi Gomez representing Columbia who stole the show with one of the best put together waves of the day, linking flowing and powerful turns.

Check out the highlights and broadcast replay from today's Expression Session and Repechage action by going to appworldtour.com and @appworldtour

More in this category: « Barbados Pro Kicks Off With Outstanding Performances Sean Poynter Wows and Wins at Barbados Pro »