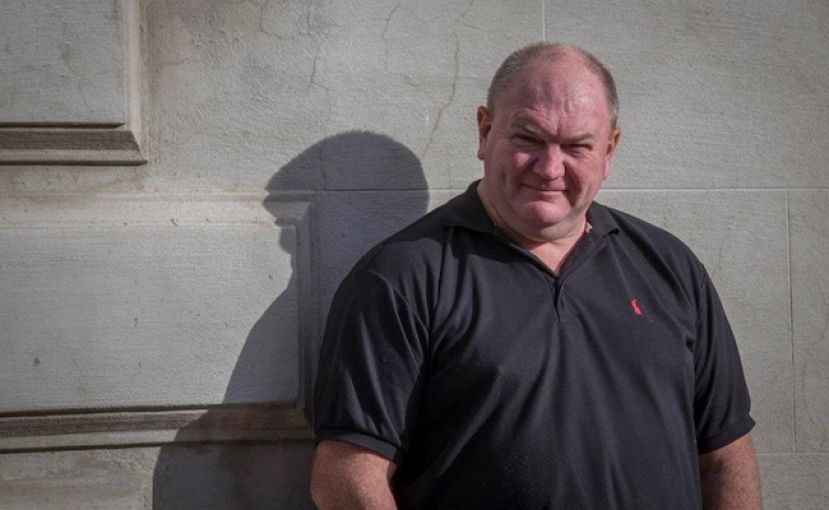 VICTORIA, Australia - Supconnect reader, Stuart Happ, sent us this amazing account of his big turnaround through stand up paddle boarding. It is a privilege and pleasure to share his (and other) SUP stories with all of you.

In late October 2013 I was a statistic waiting to happen. Mid 40’s, stressed to the eyeballs, no energy, high blood pressure, eating too much and taking in way too much of the wrong food. In 14 years my weight had blown out from a reasonably fit & muscular 95kg to over 145kg.

Staring Type 2 Diabetes in the face quite literally, the thought of a lifetime of needles & pin pricks terrified me and was the ultimate motivation to change. Having led a reasonably healthy life for many years, 14 years ago, my life changed forever – I became a father. A second child followed soon after and when only months old, I’d suddenly become a single parent of 2 kids under 2. As a result, by life became third fiddle to my children and the bad eating habits became larger and the exercise dropped like a stone. I had to and willingly dropped an international level sporting career in sailing to be a proud parent and with that I let my primary means of staying reasonably fit. Slowly, but surely, my weight ballooned and some legacies of a 30 year sailing career became obvious in terms of back, neck & knee injuries. 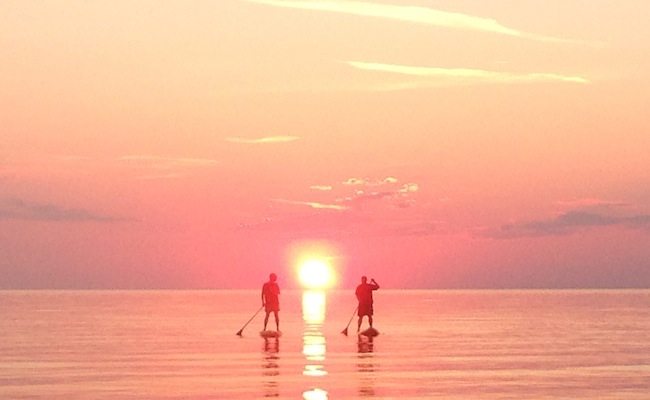 Do you remeber the first time you saw stand up paddle boarders? Image: Gary champman via the Supconnect Photo of the Month contest

In 2009, I saw my first Stand Up Paddleboard and thought to myself “what sort of idiot would do that?” I’m pleased to say I’ve since eaten those words and they actually didn’t taste too bad. Fast forward to 2012 and some sailing friends in New Zealand had caught onto Stand-Up and convinced me to give it a go.

December 2012 saw me buy my first board. It was big & wide just like me. I managed to not fall off on my first outing albeit with a fair few near misses, but I’d paddled 500m and I was hurting. Feet, ankles, legs, back, shoulders all hurting like hell, then I realised I had to paddle back! I’d persisted for some time and with each paddle it got a bit easier and I went a bit further. It took about 3 weeks to paddle 1km non-stop. It was at about this milestone that I’d realised that I’d come off the board much calmer and less stressed than when I got on the board. For the next six months and even to this day, the therapeutic benefit of hearing nothing but your board gliding through the water, seeing people smile & wave as you pass them or they pass you can transform your state of mind in minutes quite literally. Stuff that winds us up doesn’t matter. Quite literally, this paddling was changing my mind, body & soul for the better and I never dreamed of the profound effect it had on me. I kept paddling periodically when conditions were excellent, but made too many excuses on some days as to why I shouldn’t go out. 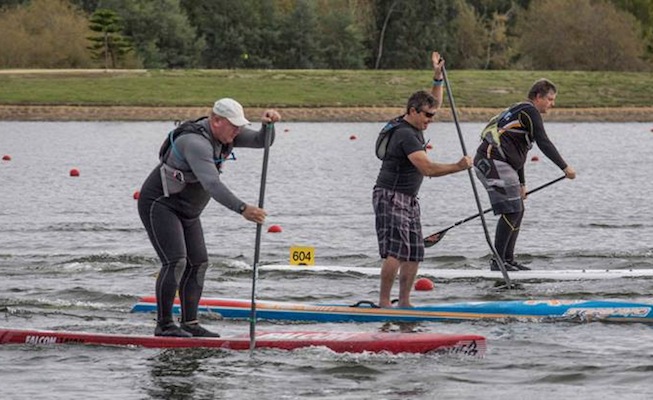 Stuart doing what we all love | Photos: Janine Livingston

Skip forward to November 2013, I come back from the doctor still trying to process my Diabetes diagnosis stunned, shocked & devastated. After a bit of soul searching, I found that drive that had I had in abundance as a sailor and missing since I had become a father. I made a decision to do three things – improve my diet, walk and paddle and do at least 2 of the 3 every day. The diet was simple – drop my sugar intake by 75%. Nothing else. The walking was almost as simple. I bought a pedometer, worked out that in my normal course of a day, I typically walk 6-7000 steps. I decided to double that and do a dedicated walk each day or two shorter walks morning & evening. 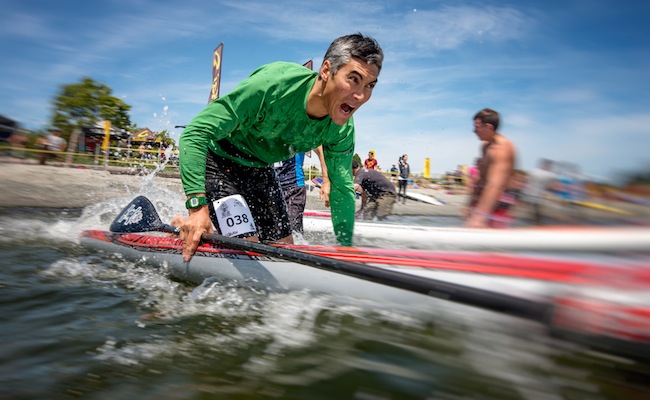 Bain Douglas, Canada | Photo via the Supconnect Photo of the Month contest

Now the paddling. When I walk I burn almost 100 calories per km. When I paddle it’s at least 50% more and sometimes double that. To burn 900 calories in an hour is common. Very consistently, an hour of paddling can result in me dropping 1kg overnight. Back in November I was just over 145kg. Now that figure is just under 125kg. My lean mass (body weight less fat) was 83 kg, now it’s 95kg. This is the first time in my life I’ve dropped weight and kept it off. Sure I have quite a long way to go to get to a double digit goal, but no hyped up daytime television promotion can come close to burning over 30kg of fat in 7 months for about an hour of work 3-4 days a week. Sure the walking has helped as has the diet, but for me what shifted my weight was paddling. In 90 days, I’d reversed the Type 2 Diabetes. Not only are my blood sugar levels normal, they’re rock solid consistent.

To start, you can get on the water paddling for something similar to in cost to an annual Gym membership. Like me, start slow, have fun, exercise, get calm and get fit. From the words of a couch potato, if I can do this you certainly can. I’m lighter, calmer & much, much happier. You can be too!