PAPEETE, Tahiti - A partly-cloudy yet crisp and beautiful morning greeted paddlers and spectators alike for the 2016 Air France Paddle Festival in the beautiful waters of Tahiti in French Polynesia. With another record-breaking year in terms of participation, over 300 paddlers registered for the 4th Annual Event and the Air France Paddle Festival has truly become the largest SUP event in the South Pacific.

With light winds early in the morning the 9.5 km lagoon race was ready to hit the water and kick off the day of racing with a bang. Before the race began, all the paddlers took to the water with leis and flowers and formed a circle to take a moment of silence to honor two fellow paddlers who had recently lost their lives. With hundreds of paddlers in the water splashing in honor of those who had lost their lives, it was a beautiful moment and great start to the day.

The prone paddlers started the race off and had close to a 30-second lead over the start of the stand up paddlers. Once the stand up paddlers took off, it was clear which paddlers were going to be leading the lagoon race. All locals to Tahiti, the lead pack saw frequent lead changes up until the very end of the race. In the end, it was Heiva Paie who was able to pull through to the font and take the win for the lagoon race, earning himself a round trip ticket from Papeete to LAX. Not bad for a day on the water.

For the 24 km elite race, the winds had picked up quite a bit and it was looking like the first few miles of the race were going to provide some pretty great downwind conditions. Compared to the lagoon race which was a water start, the elite racers had a beach start and the excitement of the race started immediately after the horn blew. Local paddler Steve Teihotaata lead the race with the recent Carolina Cup champion Tituoan Puyo hot on his heels for the whole race. Tituoan and Steve had themselves a pretty big lead ahead of the other paddlers during the downwind portion of the race but once the paddlers hit the lagoon the gas was put on and SIC Maui’s Georges Cronsteadt, Rete Ebb and Tamarua Cowan stepped on the gas and were able to close the gap. As the pack rounded the final mile of the race, Steve Teihotaata was able to step up the pace and ultimately get a good lead on the rest of the guys and came in for the win to a roaring crowd waiting at the finish line at Taapuna. 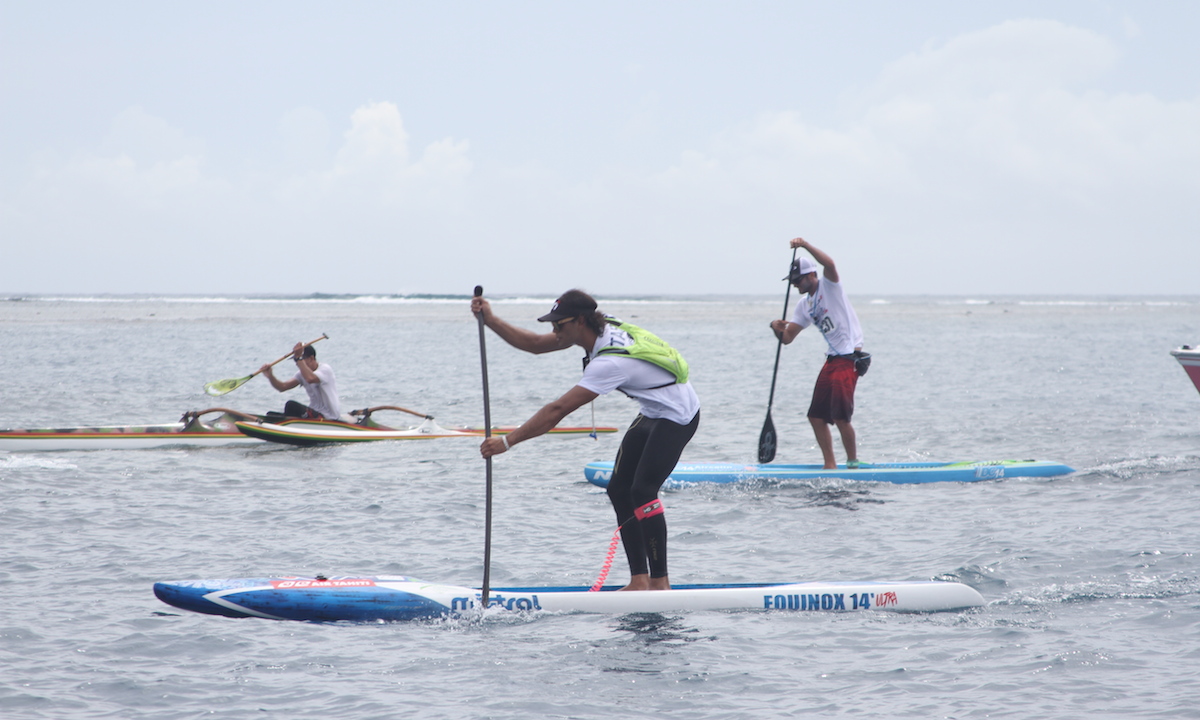 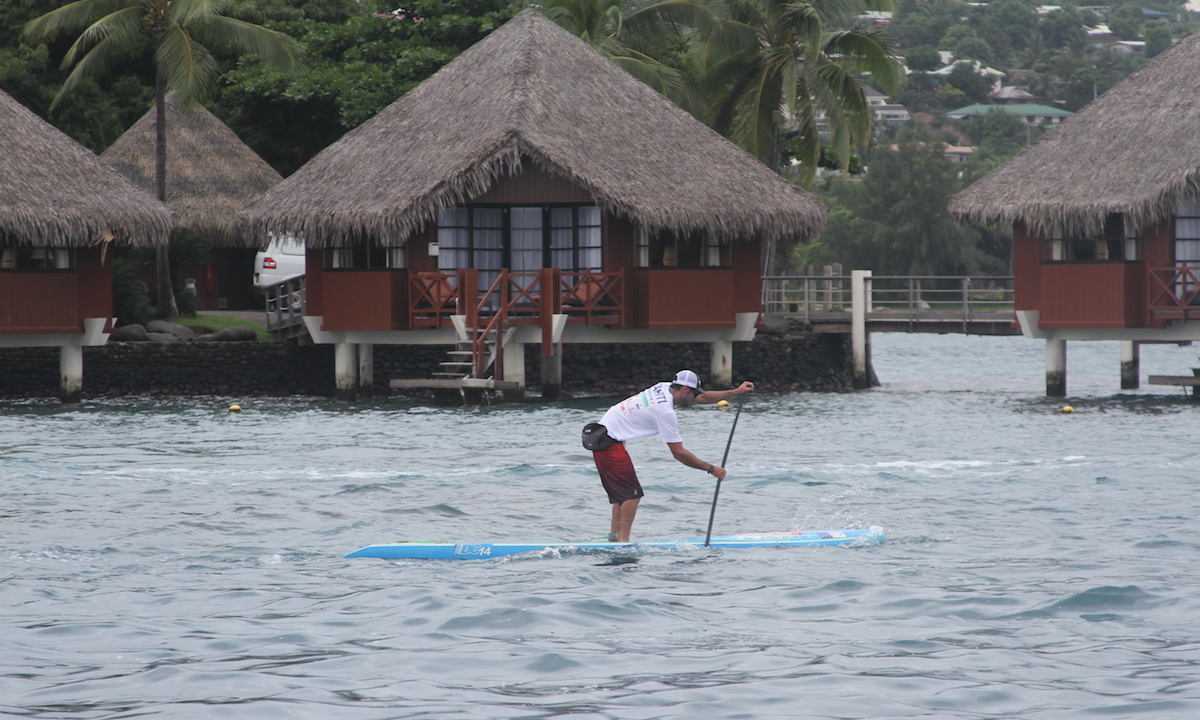 For the ladies, Europe’s Olivia Piana dominated the field of women in the elite race and she came in to the finish line looking strong and stoked to win the 4th Annual Air France Paddle Festival. Both Piana and Steve Teihotaata, winners for the elite race, will receive a roundtrip ticket from Papeete to LAX and Steve will receive $2,500 USD in cash and Piana will receive $1,000 USD.

Following the elite race the vibes and mood were high at the event site at Taapuna and smiles and laughter were heard from the kids in the water playing on the XL SUPs to the fun race competitors and from all of the spectators on the boats. The vendor village had tons of tents and products for the spectators and racers to enjoy and try for the entire day. Overall, the 4th Annual Air France Paddle Festival was an incredible event again in 2016 and is sure to be the race to participate in in French Polynesia. 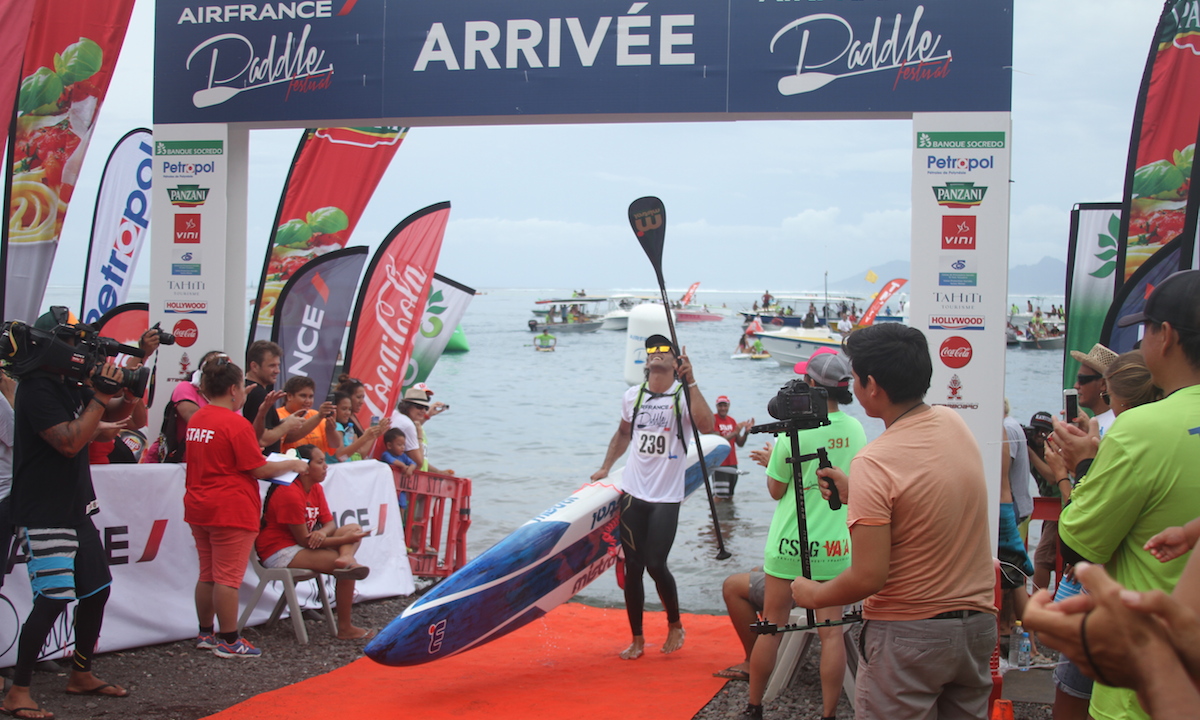