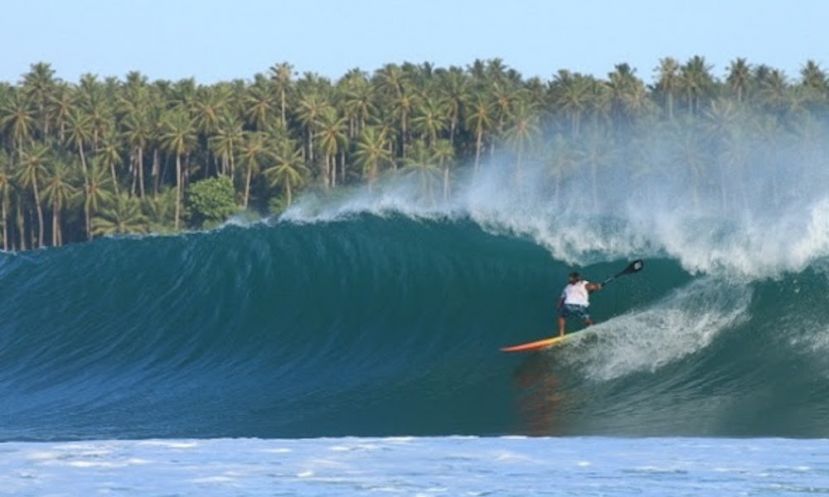 SAN CLEMENTE, California - SIC (Sandwich Islands Composites) announces the signing of Caio Vaz to the Global Team. “I would like to welcome Caio Vaz to the SIC Ohana,” said Jeff Baillargeon, SIC Brand Manager. “As respected as he is in the SUP community, it was clear that he was a perfect fit for the SIC team.”

Vaz joins the SIC Global team as its ninth global athlete sharing the stage with SIC’s other global athletes Sonni Honscheid, Georges Cronsteadt, Lina Augaitis, Kenny Kaneko, Andrea Moller, Livio Menelau, Jeremy Riggs, and Tamas Buday Jr. Vaz has been a leader in the SUP Surf world since he began competing on the global circuit in 2011. With a string of wins under his belt, he has become synonymous with Performance SUP Surfing.

Some of Caio Vaz’s accomplishments include:

Hailing from Brazil, Vaz has spent his early years crafting his signature style, as a competitive shortboard surfer (prone). Under the tutelage of some of Brazil’s greatest coaches, he developed his signature style and competitive surfing techniques. In the summers of 2009/2010, Vaz began translating his love of surfing into the newly emerging sport of SUP. This year Vaz has already started strong with a first place podium at the Sunset Beach Pro and receiving an invite to this year’s hallowed Ultimate Waterman competition held in New Zealand. Vaz will compete at all stops on the Standup World Tour for Performance Surf in 2016. In addition to his competitive schedule, Vaz travels to the corners of the globe filming for his YouTube Channel “TheVazBrothersTV” and shooting photography.

SIC is the stand up paddling industry’s premiere manufacturer of high quality, race proven stand up paddleboards and accessories. Founded on the island of Maui and cultivated on a legacy of world class open ocean racing, SIC is an authentic stand up paddle board maker proud to lay claim to a heritage of designing the most winning board share together with out team of elite athletes, brand ambassadors and customers around the globe. Five Star Performance is our motto and we wear it with pride each day through our commitment to extending the SIC experience on and off the water to our growing family. SIC is committed to delivering the very best paddling can offer; for any condition, discipline or ability level.