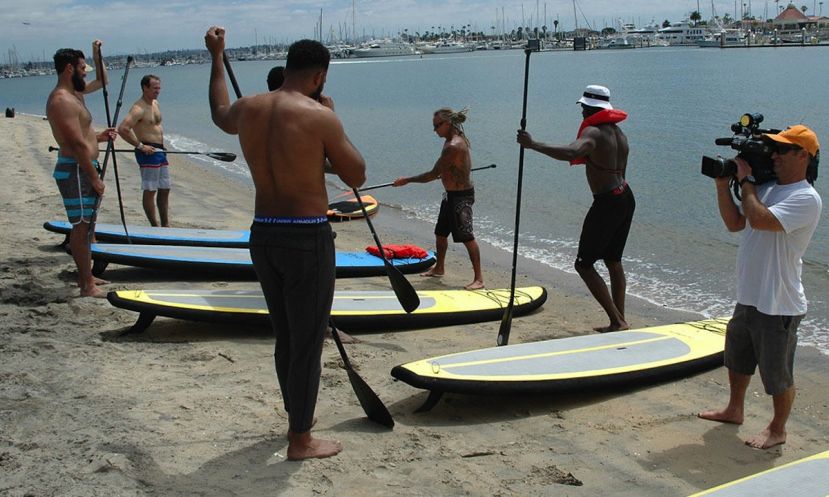 EJ Johnson gives the Saints players a briefing before getting them out on the water. | Photo Courtesy: NBC San Diego

San Diego local and accomplished paddle boarder, EJ Johnson, was on hand to help teach and train the athletes on how to stand up paddle board. Some of the athletes caught on to the sport quickly while others took a little time getting used to it. But, by the end of it the teammates were getting pretty competitive and having a blast on the SUPs.

"They got the hang of it pretty quick, then it became a who can stay on the longest to who can race to the buoy the fastest, knocking each other off and just messing around. It's all part of the fun" - Drew Brees.

Check out the full interview and video with the athletes courtesy of NBC San Diego below.