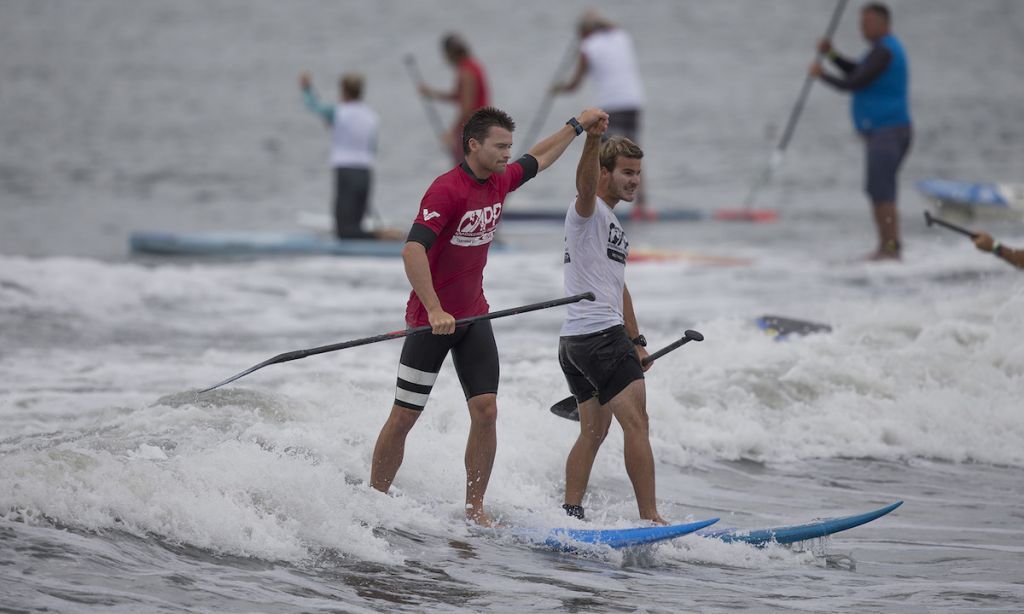 LONG BEACH, New York - It was a day of dramatic action, performance strategy and excellent surfing in Long Beach as the APP World Tour pushed through the Final Rounds of the APP World Surfing Tour's 1st stop for the 2018 Season in New York. To sum it up in three words: Long Beach delivered. After Friday’s lay day due to weather and conditions, Saturday dawned hot and beautiful. The waves were clean and in the 2-3 foot range for the final rounds of both the men & women's competition and it was a day to remember at the New York SUP Open.

The Men's surf competition took on a new level of performance for New York as top seeds such as Poenaiki Raioha, Kai Lenny, Zane Schweitzer and Sean Poytner squared off through the rounds of elimination and faced stellar performances from the ever expanding talent pool on the APP World Tour. Finding opportunities to accelerate speed down the line, executing multiple high performance maneuvers on each wave and using power as well as clean paddle technique began to cut these men apart from the pack.

As the day wore on, Sean Poynter delivered multiple upsets, including the elimination of Kai Lenny in the quarters. Meanwhile, on the other side of the draw, Zane Schweitzer slashed his way through the pack to advance onto the finals, taking down young Brazilian phenom Luiz Diniz.

From Day 1, it has been clear that both Sean Poynter and Zane Schweitzer had locked into the idea of winning the Title here at the New York SUP Open. Both their ferocious talent and professionalism could be felt in every round here in Long Beach. In the end it was to be a Tiki boy final as Zane and Sean, both Starboard SUP teammates, took to the water in the late afternoon to see who would come out on top. By then, the beach was abuzz with excitement, spectators anticipating the win and photographers on the ready.

Strategy, strategy, strategy was on the mind of Coach Ian Cairns, here in Long Beach to support Sean Poynter and Vania Torres this week. Meanwhile, Zane's beautiful partner in crime Kim sat by the water's edge flying the Hawaiian flag for Zane. These stellar athletes put on quite a show in that final heat. From the initial paddle battle to get on that first wave to the final moment when these two great athletes surfed into shore together, celebrating each other in a moment of absolute camaraderie and sportsmanship, the final round held all the great energy and excitement of a world class professional sporting event.

In the end it was to be Sean Poynter's day, as he surfed an incredibly smart heat, and put together a strong performance in every respect to take victory at Stop #1 of the 2018 APP World Tour in Long Beach, New York.

For the women, the action was no less dynamic as supreme athletes such as Nicole Pacelli, Terrene Black, Izzi Gomez and Iballa Moreno battled it out through the heats to make their way through the rounds. Pacelli is super fun to watch with her aggressive surfing style and carefully planned, strategic maneuvers on every wave. Comparatively, Terrene Black advanced through her heats by knocking out world class talents such as Candice Appleby, creating momentum by being thoughtful & methodical in her wave selection, making the most of every ride.

Young Dominique Miller from Hawaii, advanced through from the ProAms to the Main Event, knocked out World Champion Izzi Gomez in one of her earlier rounds in an extreme upset that put Dominique firmly on the map here on the APP World Tour. Dominique eventually fell to Pacelli in the semis but not before putting on a performance that cements her place on the World stage.

In the finals heat, it was two great women, Nicole Pacelli and Iballa Moreno surfing together to decide the champion for the New York SUP Open. Iballa Moreno from the Island of Gran Canaria is an aggressive surfer, not afraid to take chances and go for broke. Her style of surfing is extremely professional and well thought out, and her finals berth has been long awaited. 2012 World Champion Pacelli aggressively sought out every peak she could, finding waves when she was not in priority to keep the competition intense. This was to be a strong heat. 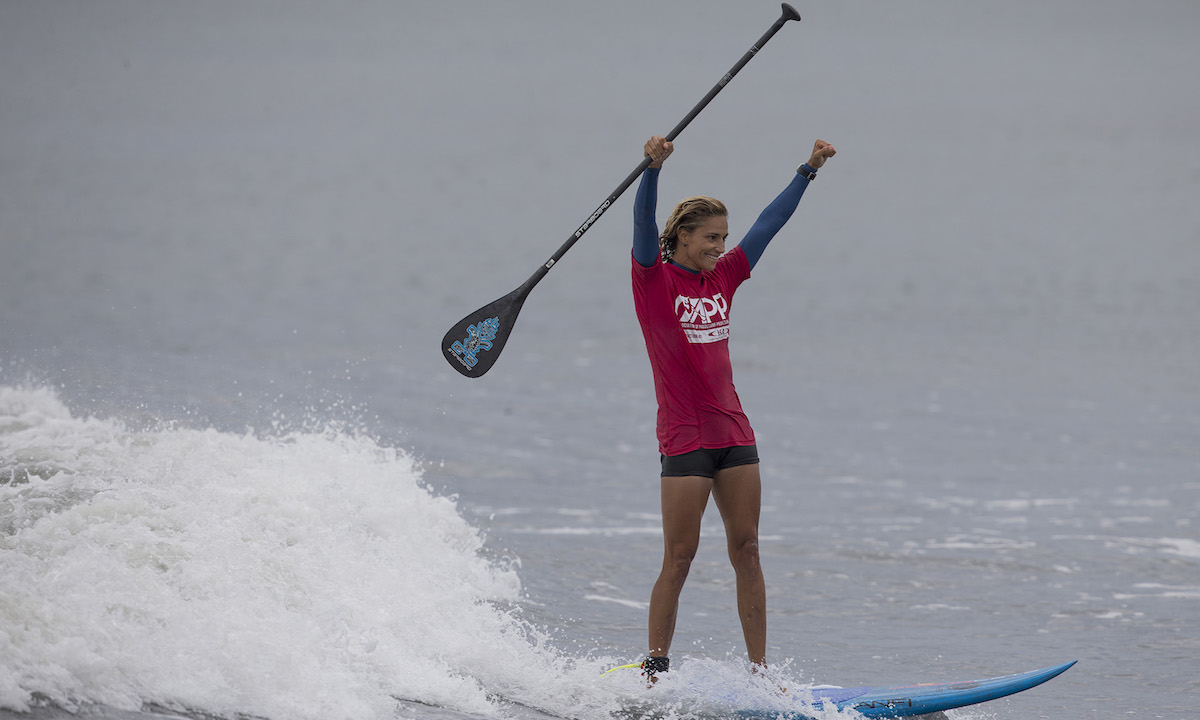 In the end, after the two Champions going blow for blow through the complete duration of the 25 minute heat, it was Iballa Moreno from Gran Canaria that took victory in a closely fought out affair that brought the crowds to their feet.