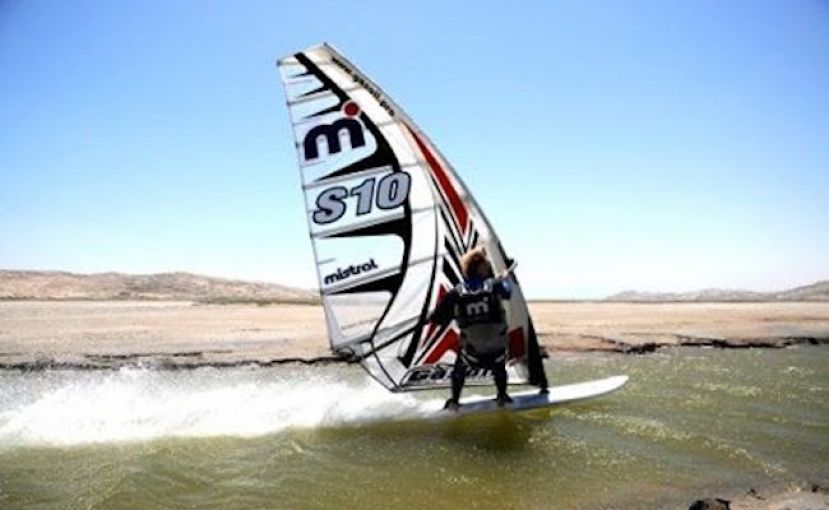 After a near five-year absence, Mistral Windsurfing returns to being under the control of Mistral Red Dot Division Holland.

As if to reaffirm Mistral’s intent to rise like the phoenix from the ashes of Windsurfing, a sport once nothing short of a phenomenon, which at its peak, even over shadowed the popularity of todays fastest growing water sport of Stand Up Paddle Boarding (SUP), the iconic brand has returned home, to once again be under the control of Mistral’s affiliate, Mistral Red Dot.

The agreement sees Anders Bringdal relinquishing the license and heading the newly formed Mistral Windsurfing Division under the control of Mistral Red Dot (MRD). The implications are far reaching, including the centralization of MRD’s Windsurfing and SUP Divisions under the one roof at the companies head offices and warehousing facilities based in Holland in the town of Wierden.

Bringdal under the new structure, will be responsible for liaising with distributors, attending international trade fairs, engaging in a variety of promotional activities, overseeing the management of team riders and product management and development. A once world ranked windsurfer, Bringdal turned his attention to speed sailing and is the current Swedish record holder, pushing a Mistral production board in excess of 50knots, thereby setting the production board World Speed Record.

After a good deal of soul-searching and discussion with Mistral Managing Director, Ado Huisman, Bringdal and Huisman reached agreement on the 9th of Sept 2014 marking a historic return of the brand to its roots. In today’s tough economic climate the absorption of Mistral Windsurfing back under the control of Mistral, means a centralization of marketing, customer service, administration, ware housing and day-to-day decision-making.

With Mistral’s current interests in the development of SUP boards and products, this has served to maintain Mistral’s strong connections with that of water sport. Having Mistral Windsurfing coming back to us has put a smile on everybody’s faces, as the net result will serve to strengthen our brand equity by a return to its roots - and this is not to say that our interests in SUP will diminish, far from it. In fact, with our interests and vision for the evolution and development of WindSUP as the bridge-sport between SUP and Windsurfing, the evolutionary tree will be complete, from paddling to sailing. I could not think of a better time for this initiative and renewed amalgamation to take place, after a near five year absence from the companies control,’ commented Mistral’s International Brand Manager, Steve West.

Also missing from the equation has been the design, production and development of windsurfing rigs: booms, mast, sails and accessories. This will also be addressed, as MRD intends to once again enter into this arena in order to offer an entire package to the consumer. The companies vision, is to once again ‘dot’ the skies with its iconic M-dot logos, originally created by Ernstfried Prade still active in the company today, be it on conventional windsurfing sails or WindSUP sails, so as the brand will come to full circle in reaffirming its position as the most iconic windsurfing, indeed watersports brand of them all.

Other initiatives within the company include the desire to create a line of technical on and off water apparel and functional footwear. ‘We already have a number of licensees manufacturing some outstanding fashion apparel and footwear, but we feel the need to develop and offer technical apparel for our SUP and Windsurfing end-users. In the framework of all that Mistral offers, this is one of the voids we need to fill. For our European spring of 2015, we will introduce our first short list of technical apparel, which will include technical caps, tops and footwear for SUP. Medium term, we aim to develop more hardcore items such as wetsuits,” said Steve West.

Centralized marketing, warehousing, sales, customer service and administration and the opportunity for distributors to deal with a singular entity, will streamline business-to-business dealings and bring greater continuity and concentrated marketing efforts. All in all, this is yet another seminal moment for the iconic brand, for which is there is enormous global affection.

Mistral is a watersport company that was founded in 1972 in Germany in order to manufacture windsurf boards, but the company notes 1976 as it foundation with the creation of its International One Design Class boards. According to Windsurfing legends, Mistral is very likely the most recognized windsurfing brand in the world. Today it leads the world in creating the world’s lightest and most user-friendly performance inflatable SUP boards and its SUP program is ever expanding.

More in this category: « Boardworks SUP Debuts At 2014 Paddle Expo Paddleboarder Attempts To Save Man From Shark Attack »