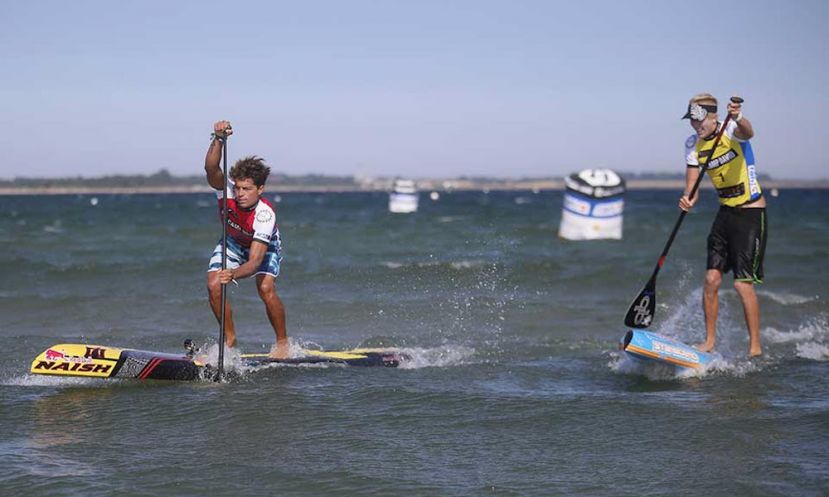 Mercedes-Benz SUP World Cup to set a new gold standard as stop #2 of the 2016 Stand Up World Series will kick off in just 3 weeks. | Photo Courtesy: Waterman League

SCHARBEUTZ, Germany - With just under three weeks to go until the second stop of the 2016 Stand Up World Series, the Mercedes-Benz SUP World Cup in Scharbeutz, Germany, anticipation is mounting for what is without doubt Europe's biggest Race. With $25,000 of prize-money together with vital points towards the 2016 World Championship Series Title Race, the Mercedes-Benz SUP World Cup will provide a show like no other in the beautiful coastal town of Scharbeutz, just outside Hamburg.

From Celebrity Races, Paddling Clinics, Yoga, live music and entertainment to Youth, Amateur and Pro level racing as part of the 2016 World Series, this year's Mercedes-Benz SUP World Cup will set a new standard and provide a true festival celebration for the sport in Germany. The full schedule of events, course maps and entry links are now available online HERE and stay tuned for all new content and teasers over the coming weeks as we build up to what will be a climax of the European Summer Racing season. 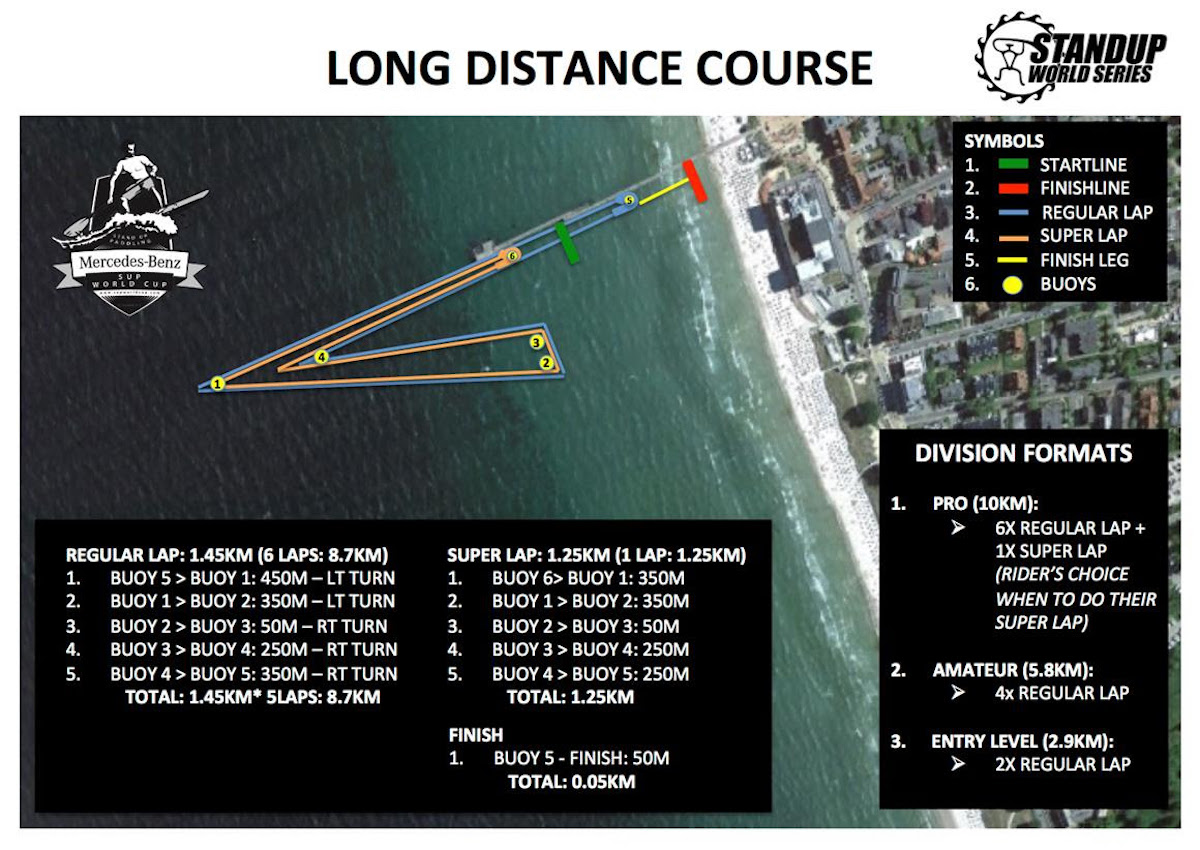 The Super Lap format is to be adopted once again at Stop #2 of the World Series in Germany, with a unique course for a unique location. | Photo Courtesy: Waterman League

After a successful introduction to the Super Lap at the World Series opener in Japan, the Mercedes-Benz SUP World Cup will build on this success to provide a dynamic course for both the competitors and spectators alike. The Long Distance Race in Germany will consist of 7 laps, one of which is the shortened Super Lap coming to a total of 10km for the entire course. The Super Lap in Germany will be just 200m less than the regular lap, providing tighter and more competitive racing, with both inside buoy turns taking place right under the Pier and in front of the event site for maximum audience traction.

The sprint course has been adapted to maximize the location, the Pier and the stadium viewing on offer in Scharbeutz, so the two days of racing promise to be some of the most stunning yet. For full schedule, course and entry information, please click HERE. 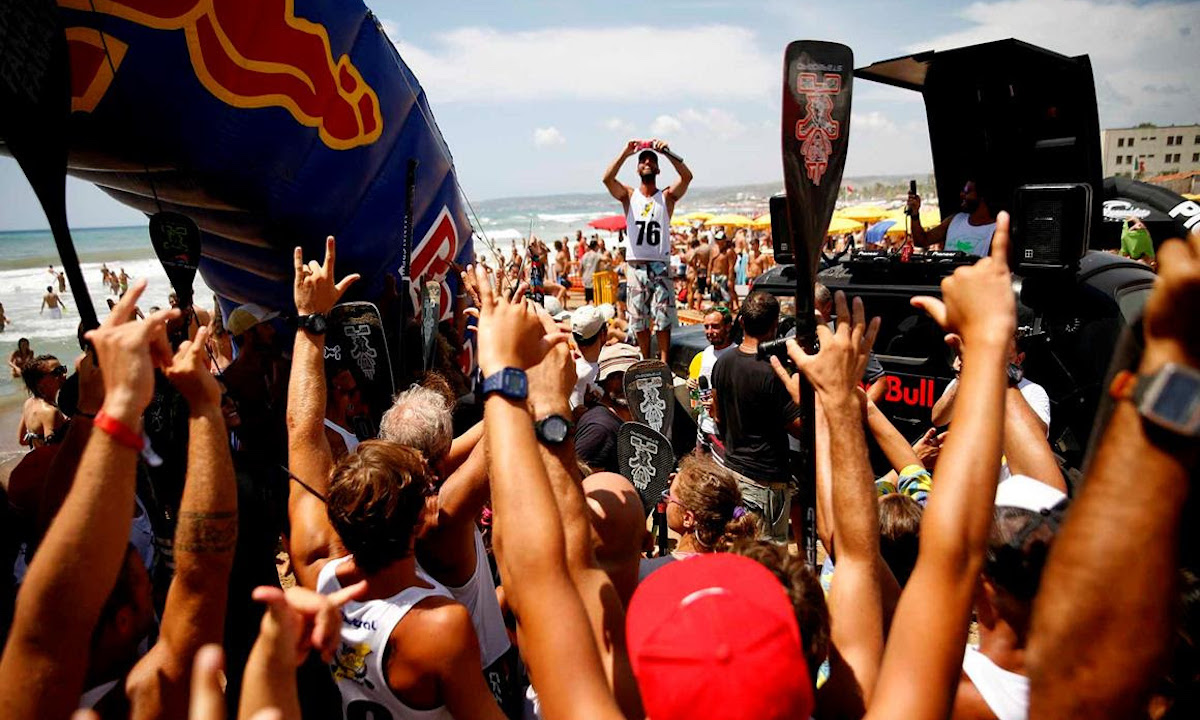 The Italia Surf Expo World Challenge has been on the European Cup schedule now for three years and has been a highlight of the summer, as Italy opens its arms to Europe's and some of the World's best paddlers for the European Cup. This year is no different, as from the 22nd - 24th July, Santa Severa Beach will play host to the 2016 World Challenger Series event in Rome. The venue is ideal for World Class Racing, as the Long distance formats keep the action close to the packed beach venue, lined by Italy's largest Surf Expo, making for an incredible summer experience just outside one of Europe's most iconic Cities.

Also making an appearance in 2016 is Big Wave Legend, Garrett McNamara, reaching out from his European base in Nazarre, Portugal to share some of his experience and stories at this unique gathering. For more information on the Italia Surf Expo, please go to: Italiasurfexpo.it and join us for an unforgettable weekend in Rome.