BILBAO, Spain - The 2016 Bilbao World SUP Challenge was another huge success. Every year this event is one of the biggest stops on the Euro Tour, with an elite field of paddlers and great weekend vibe. After a few days relaxing through Paris and Bordeaux I got to the city on Wednesday. I did a nice jog along the river where the race was going to be held, to start visualizing and planning what I needed to do.

The race was being held during max high tide, so there was little current to worry about, so I just had to focus on paddling. As it got closer to the contest day the nerves and excitement started to kick in and I was ready to go! This year the points were only on the distance race so that meant one day of 120% effort. 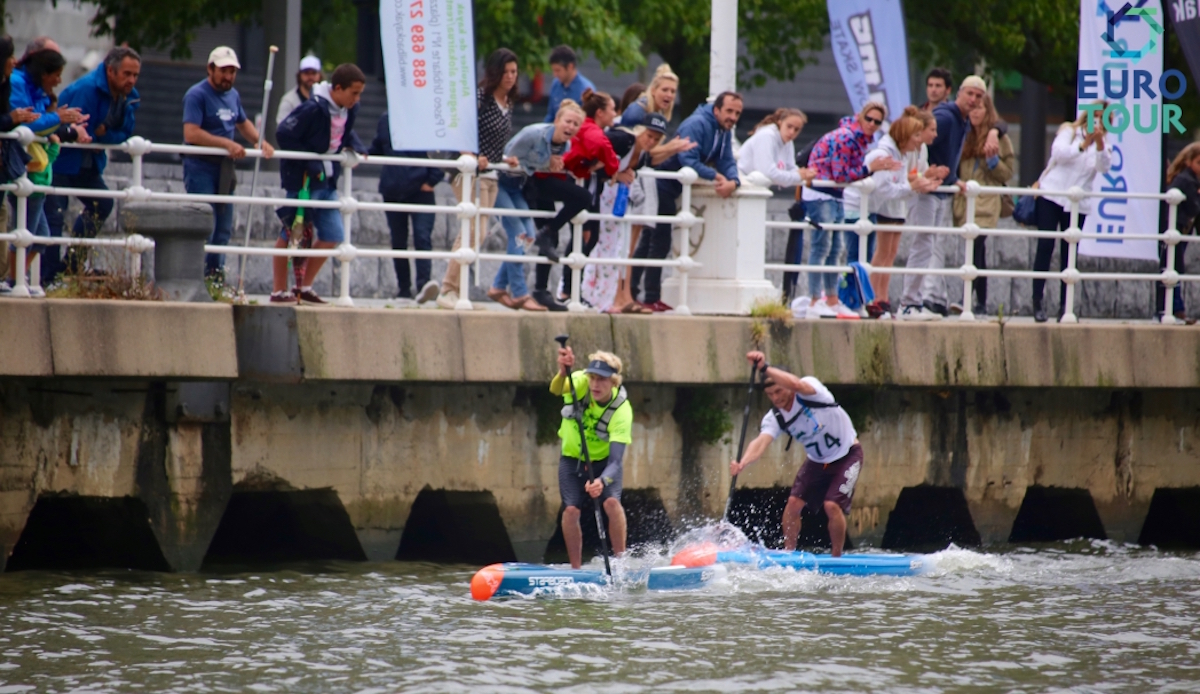 The race started at 4:30 in the afternoon, so it was a lazy morning of stretching and eating food before game time. When I got to the event site I set up my Starboard Sprint with my Manta Futures Fin and headed up to the starting line. It was a standing up rolling start and when that horn blew, I was a little caught off guard and fell back into the super choppy water. I managed to catch a few little wakes from everyone and got some clean water - and started to get into my rhythm for the next 14 kilometers. There were a total of six turns in the course and I knew that was the only way to drop the huge train that was lined up. There were a few huge surges that dropped some of the train, but the top ten guys hung on and were together for the whole race. 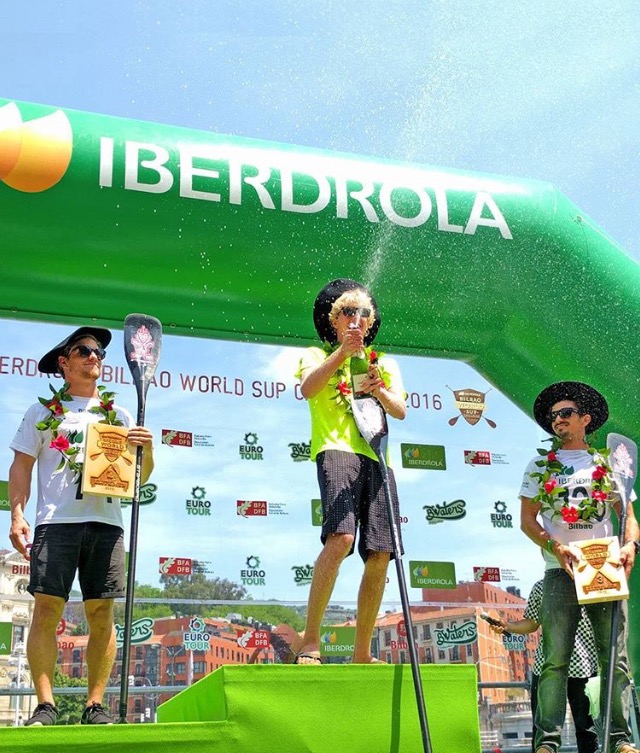 I felt really good and kept telling myself that "I got this", which gave me a lot of energy to stay in the lead pack. Coming into the second to last turn the gear shifted and everyone had the pedal to the metal - and I dropped back to fifth place and was hurting, but then I got some inspiration from one of the greatest athletes Muhammad Ali, "Don't quit. Suffer now and live the rest of your life as a champion". So I went in the next gear and started passing fourth place and then into third before the last turn.

As I got closer to the final buoy turn I knew if I wanted a shot at winning I needed to be turning on the inside and be the first one to turn. So I sprinted again to get on Michael Booth’s inside for the turn. I quickly turned and put my head down for the final sprint. My body was cramping up, but I just kept telling myself - mind over matter - and I sprinted even harder, until I crossed the finish line in first place.

I was super stoked to win the distance race and knowing that there wasn't a second day of racing was a great feeling. Now off to the fourth stop of the Euro Tour - San Sebastián!! I want to thank my sponsors for all their support – Starboard, Dakine, Maui Jim Sunglasses, Futures Fins, Hammer Nutrition, GoPro, Garmin, Waterman’s Sunscreen, OnIt Pro and Hi-Tech Sports. Also a big Mahalo to all the event organizers and all the volunteers. Fantastic Event!!