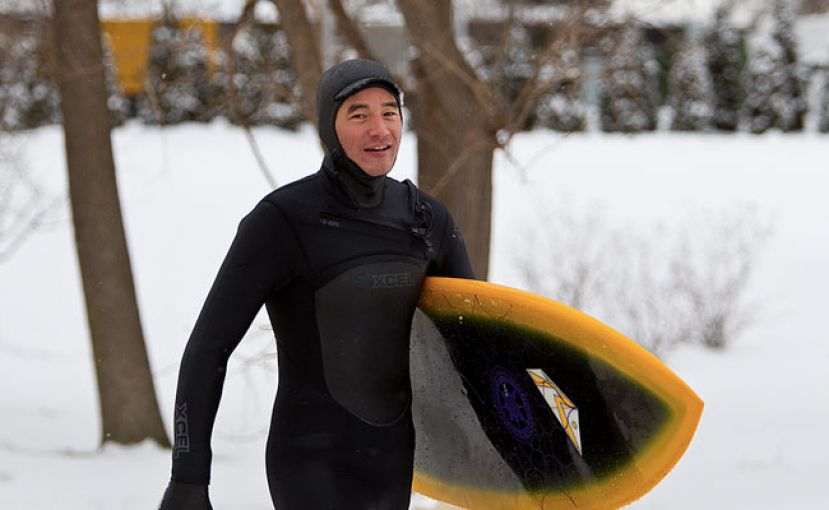 Rex Flodstrom stepping out of the water into his arrest for surfing Lake Michigan in Chicago, Illinois.

CHICAGO, Illinois – Rex Flodstrom was put in handcuffs and had his surfboard confiscated last Tuesday afternoon after a surf session on Lake Michigan in Chicago, Illinois. At first, he thought that the people on the beach were friendly observers, simply watching him surf. "I thought they might be friends, or just someone checking it out," he said. But that wasn’t the case. They were cops waiting to arrest him for surfing Lake Michigan at that location.

Flodstrom’s surfing violation got him charged with disorderly conduct and “two counts of violating a Chicago Park District ordinance and one count of being in a park after hours because beaches are closed until May 25,” according to Fox News Chicago. "I was thinking, 'This is insane!'" he said. "I kept hoping that cooler heads would prevail. Surfing is legal in Chicago. It made me feel like the world is going a little crazy."