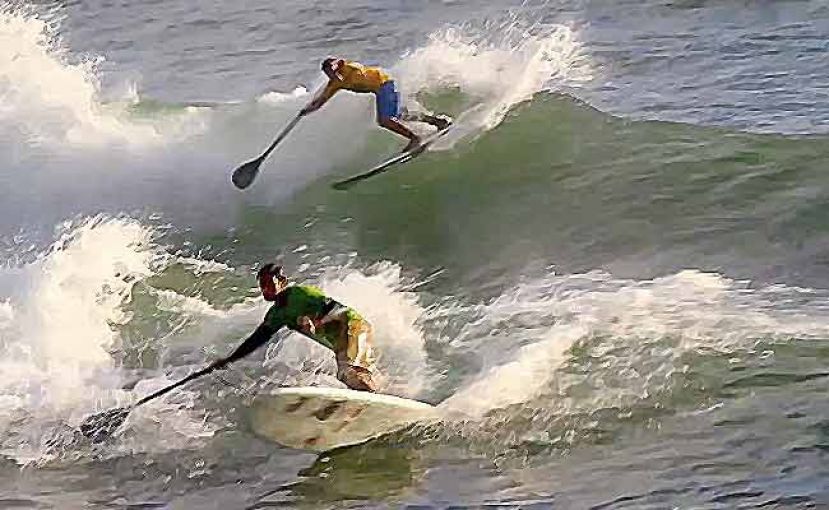 The final stop of the stand up paddle world surf tour in Hilo on the Big Island of Hawaii gathered some of the best talents of standup surfing out there. Follow Supconnect on Facebook, Twitter, and Youtube for sup's latest.

BIG ISLAND, Hawaii – Several of the high-profile names in stand up paddleboard surfing were on hand, including Kai Lenny, Zane Schweitzer, Sean Poynter, Antoine Delpero, and others. With a strong Hawaiian showing, there were several local wild cards advancing through the heats, with the most notable of them being Bullet Obra, who made it all the way to the final to clinch the 4th place. But Hawaii wasn’t the only place to offer up talents. France was well represented in Delpero, California in Sean Poynter, and Tahiti with its colorful and friendly entourage. (See Aaron Napoleon's sup surfboards by Rogue.)

Conditions were challenging but also conducive to some highly progressive surfing. With head-high surf, moderate winds, and waves from every direction, most surfers had to work both their front and backside to get the most out of the rides. The faces of the waves were not always holding up, sometimes leading the rider to engage in an abrupt change of direction to “juice” the most out of the wave. Nonethless, Delpero, Schweitzer, Poynter, and others had a stunning performance and put on a sup surf clinic for the spectators on hand and now on video, courtesy of Matty Schweitzer. Zane Schweitzer came 1st (with his first win on the tour), Kai Lenny (who won his 2nd world title) 2nd, Sean Poynter 3rd, and Bullet Obra 4th. (Check out Riggs Napoleon sup surfboards by Paddle Surf Hawaii.)

Who is your favorite standup paddle surfer? And why?