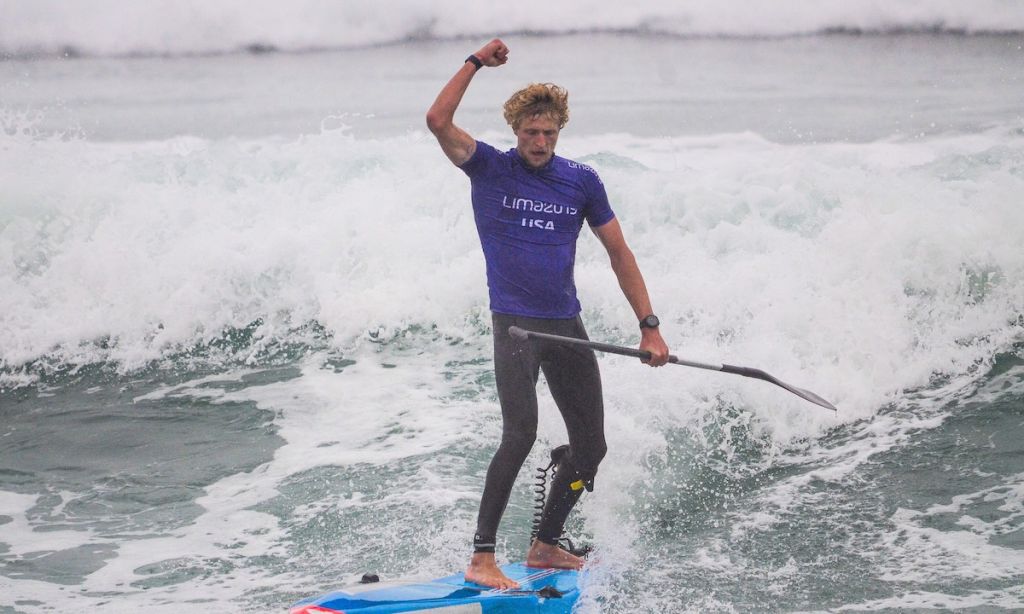 PUNTA ROCAS, Peru - Brazil's Lena Ribeiro and USA's Connor Baxter made SUP Racing history on Friday morning by being crowned the first-ever Pan American Games Gold Medalists for the sport of Surfing and SUP. Ribeiro and Baxter became the first Gold Medalists of the Racing competition at the Lima 2019 Pan American Games, marking an important milestone for the ISA's years of growth and development of the discipline.

"This is the greatest experience!" said Baxter. "What an opportunity that the ISA has provided us SUP racers. To be a part of an event of this size with thousands of athletes from all over the Americas and win the Gold has changed my life forever. Surfing is where our SUP culture belongs. This is where our people are. This is Surfing. We were catching waves. It might be a 14-foot longboard, but we are still surfing."

Rounding out the Women's podium were USA's four-time ISA World Champion Candice Appleby with the Silver Medal and Puerto Rico's Maricarmen Rivera with the Bronze Medal.

"I can't believe it!" said Ribeiro. "I knew that I had to catch a wave to pass Candice (Appleby) and win. When I crossed the line I heard 'Congrats!' and that's when I realized that I finished first. I have no words to explain the feeling. It's amazing." 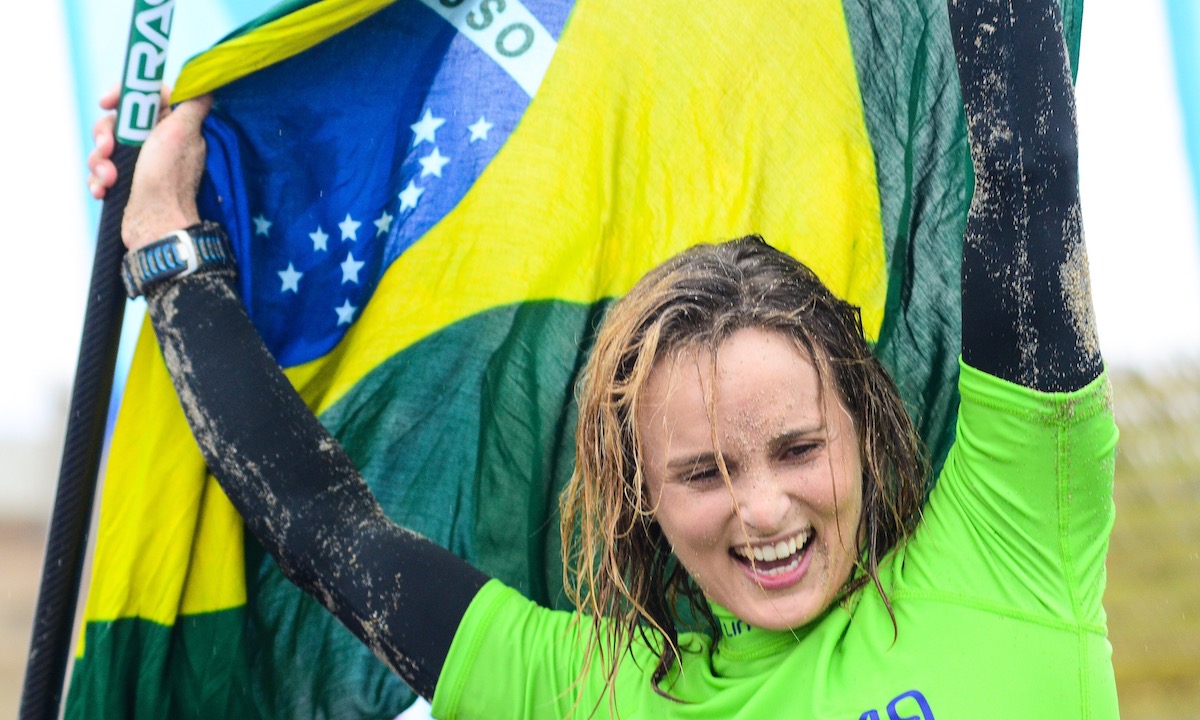 The SUP Racing course was a five kilometer, three lap race that challenged the best SUP racers of the Americas with a thrilling section through the surf zone at Punta Rocas. The overhead waves and open ocean portions allowed the surfers to show their all-around surfing and racing skillsets.

In the Women's race, USA's Appleby built a strong lead heading into the final stretch towards the beach sprint finish. However, an untimely set of waves knocked Appleby off her board and allowed Ribeira to overtake the lead and finish in a time of 33 minutes and 25 seconds for the Gold Medal.

Appleby crossed the finish line 38 seconds off the pace for Silver and Rivera followed 1 minute and 13 seconds behind Gold with the Bronze.

In the Men's SUP race USA's Baxter leveraged his smart surfing skills and world-class paddling to build an insurmountable advantage through the waves at Punta Rocas. Baxter maneuvered masterfully through the final shorebreak section to earn Gold in a time of 24 minutes and 18 seconds.

Brazil's Martins crossed the finish line 1 minute and 33 seconds off the pace with the Silver Medal. The Bronze Medal position came down to a sprint between Peru's Delgado and Colombia's Giorgio Gomez. Delgado nudged out Gomez by two tenths of a second, precisely recorded by wearable electronic chips, to claim a podium finish for Peru. 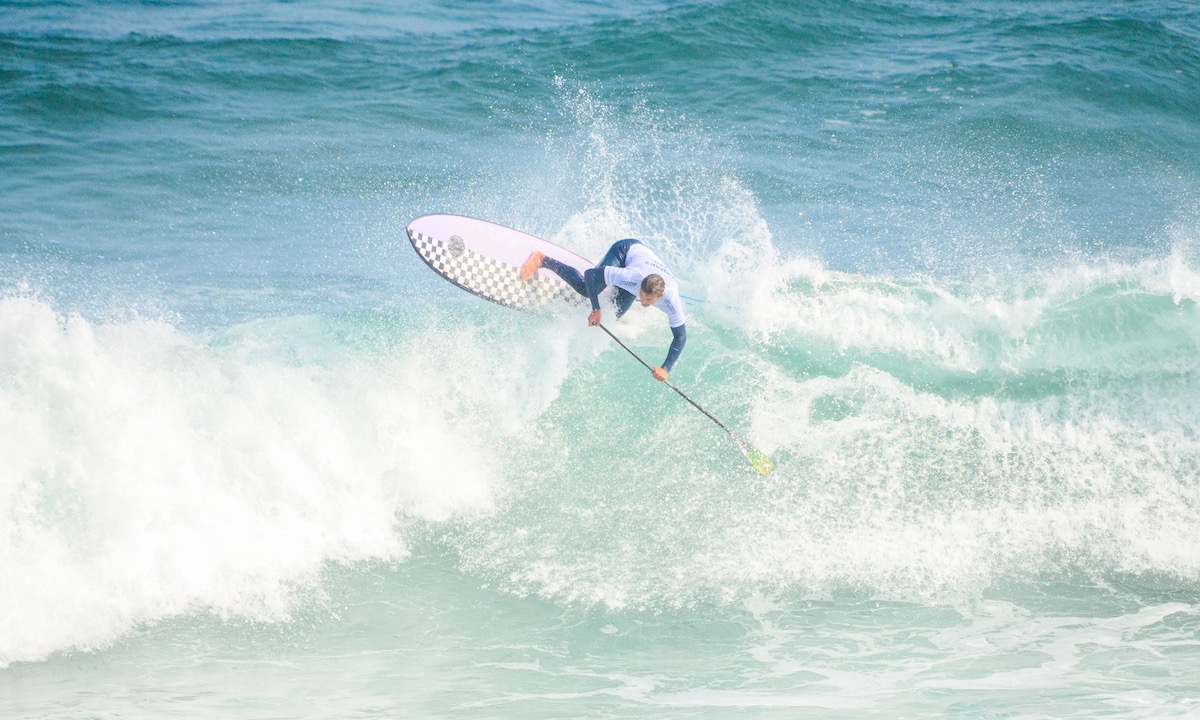 Shortboard, Longboard, and SUP Surfing followed the SUP races with more excitement at Punta Rocas. The top performance of the day came from Colombia's SUP surfer Giorgio Gomez, who had finished fourth in the SUP race earlier in the day. Gomez's 16.07 heat total was the best among all divisions.

Brazil's past ISA SUP Surfing World Champion Nicole Pacelli had the highest mark in the Women's SUP Division with a heat total of 13 points.

"SUP Racing delivered everything we hoped for and more today at the Pan Ams. Energy, excitement, and youth defined an action-packed pair of races that will be remembered as the first to ever crown Pan American Gold Medalists in the history of the sport. The world's best showed that they are surfers and they belong in a surfing environment, especially given the success of the sport's debut today in the Pan Am Games. Everyone that witnessed this event today can certainly attest to SUP Racing's tie to the Surfing family, where it was born. We are now heading into the home stretch with more medals to be awarded, dreams to be fulfilled, and passion to be expressed in the ocean as we crown more continental Gold Medalists on Sunday." 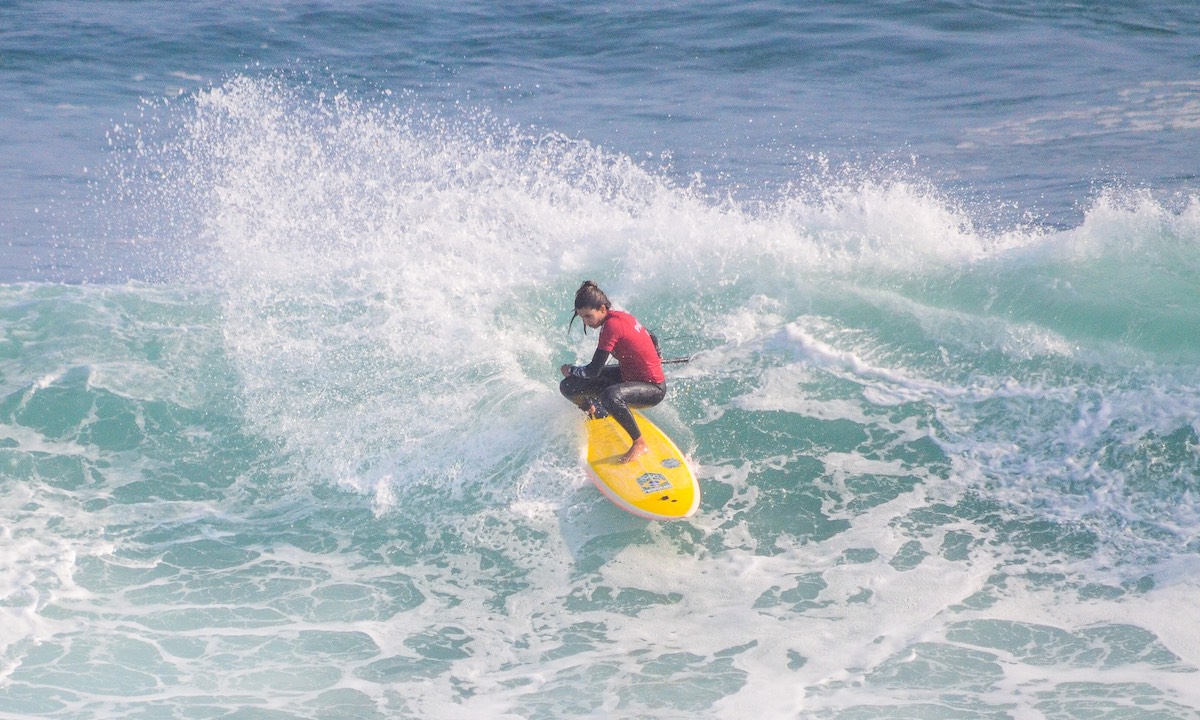 For more news on the Pan Am Games, click HERE.