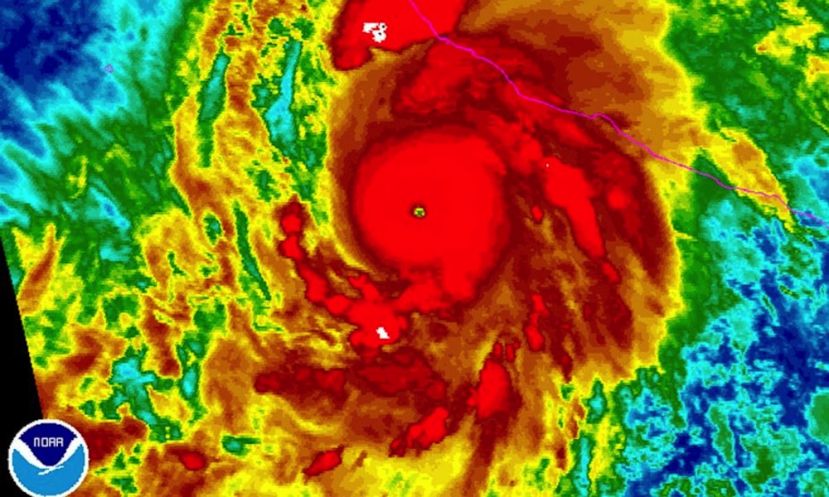 SAN DIEGO, California - In just over 48 hours time, Patricia developed from a tropical storm into a category 5 hurricane overnight and has just recently has grown even more becoming the "the strongest hurricane on record in the National Hurricane Center's area of responsibility (AOR)," according to a discussion earlier this morning from the National Weather Service Hurricane Center.

Patricia is located near the Jalisco state, which includes Puerto Vallarta, Sayulita, a SUP mecca in Mexico, and is also close to cities Manzanillo and Colima. Evacuations are currently taking place and it is said that close to 50,000 residents and tourists in the area have been relocated to safer areas.

Hurricane Patricia is producing winds of over 200mph and gusts that are even stronger and it is expected that coastal areas will take the hardest hit with storm surges and large waves coming ashore. The National Weather Service also stated that "in addition to the coastal impacts, very heavy rainfall is likely to cause life-threatening flash floods and mud slides in the Mexican states of Jalisco, Colima, Michoacan and Guerrero continuing into Saturday."

Stay tuned for updates as Patricia makes landfall later this afternoon and into the evening. Please keep your thoughts and prayers with those who are in the area and stay hopeful, because if the reports and weather models are correct, Patricia will have a catastrophic impact on the areas affected by the storm.

UPDATE: Hurricane Patricia made landfall over Mexico on Oct. 23 at 6:15 p.m. CDT near Cuixmala in Jalisco state of southwest Mexico. While still extremely dangerous, winds had reduced to around 165 mph and within 24 hours after making landfall, Patricia had been downgraded into a tropical depression. While rains and winds definitely caused a heavy amount of damage including flooding and mudslides, things could have been much worse.