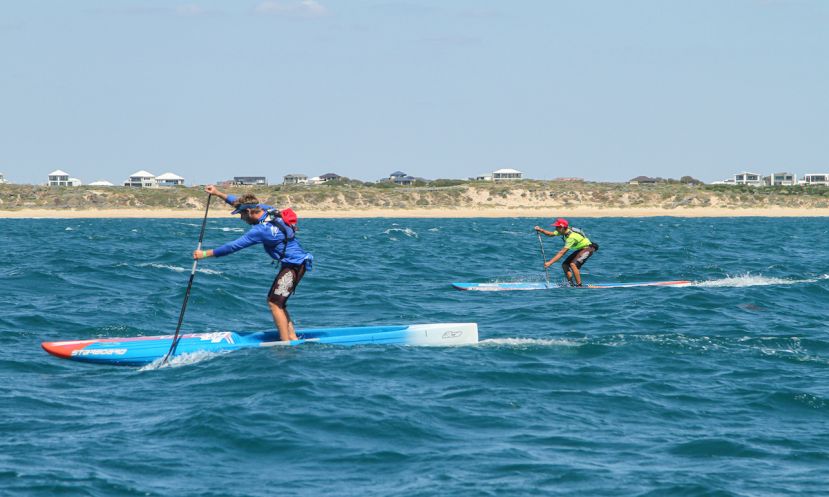 “Not only does it allow family, friends and fans to follow competitors in real time to see how they are going, it’s important from a safety aspect too – we will be able to track competitors, see if someone has stopped and importantly, know where they are,” says Kerr.

In addition to GPS tracking, all competitors carry with them a personal floatation device, a smoke flare and their mobile phones in a waterproof case.

Originally from the Gold Coast, Travis Grant, who has lived in Hawaii for the past five years, broke the coveted four hour race record to claim his third Molokai-2-Oahu Championship in July, cementing his status as a legend of the sport. Landing in Perth yesterday, Grant wasted little time and hit the ocean in his 17-foot-2-inch unlimited board in preparation for Saturday’s race.

“These downwind conditions are some of the best in the world, it’s fast,” the 35-year-old says.

“That’s one thing I like about SUP as a sport, it’s not the biggest or strongest competitor that will win, it’s one that can bring all the skills needed – agility, balance, the ability to read the ocean, technique, fitness and patience.

“Another is that it’s a lifestyle. We get to travel to some really cool places, beautiful places to race – Tahiti, Fiji, America, France and Europe. You meet great people involved in the sport too.”

Grant wasn’t able to travel to Perth last year because of the birth of his first child, but he was all smiles and says happy to be back in Western Australia.

“Besides the wind, which is what I love chasing, WA is such a beautiful place. Every year I’ve come here, I’ve taken a week off after the race and headed to Margaret River. It’s the wine that keeps me coming back to WA!” Grant says with a laugh.

Grant says that the sport is growing all the time and developing at a rapid pace.

“It’s great to see so many young guys chasing it now, and they’re good, rising up. It’s a sport that you can compete in as a fifteen year old like Sam, or as a fifty year old or older. From elite to the masters, it’s a sport you can participate in for a long time.” 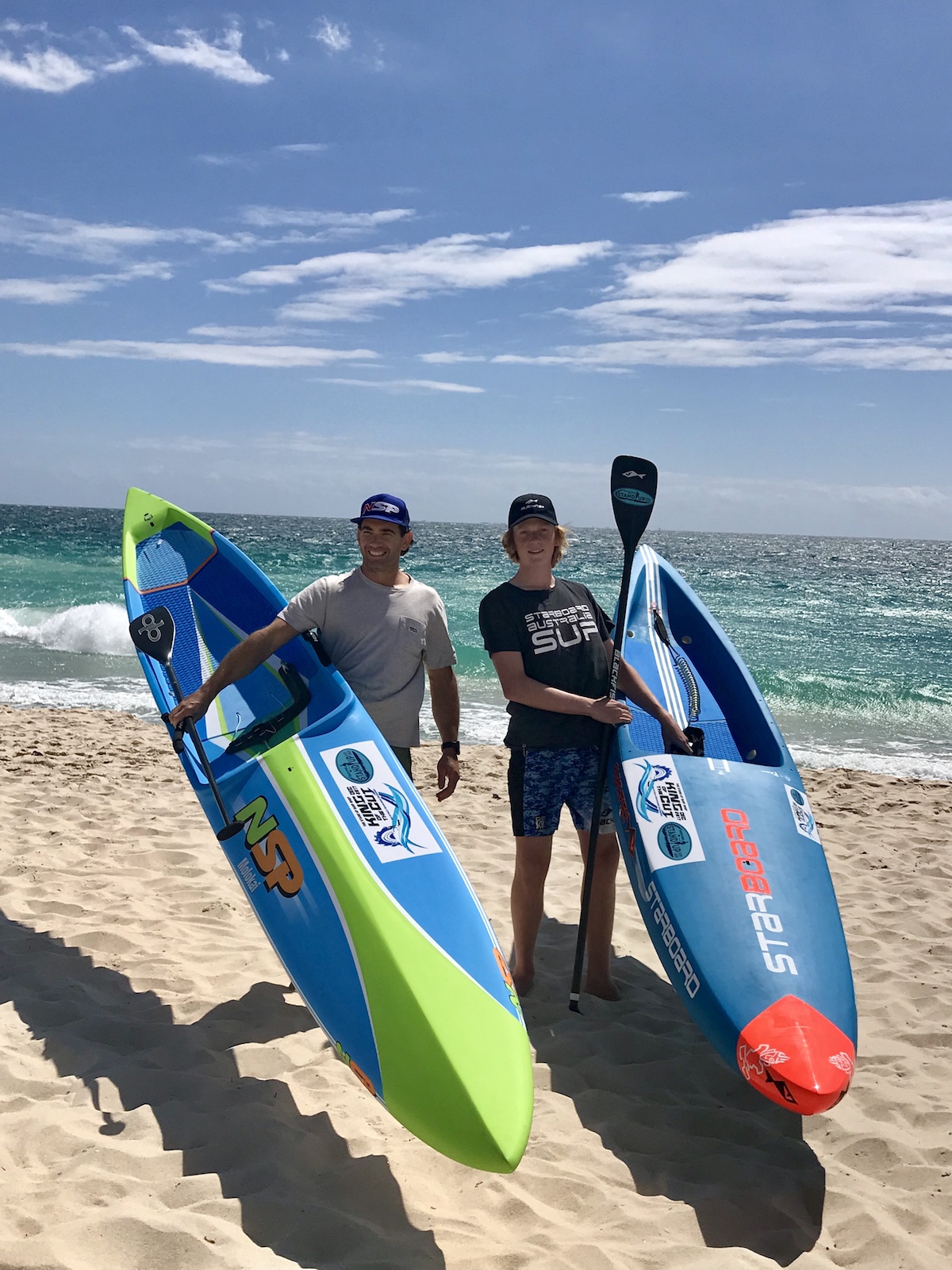 Grant was referring to Sam McCulloch (pictured right), a 15-year-old Year 9 student at Melville High School who is competing in his second Stand Up Surf Shop King of the Cut. Last year he won the West Australian under 40s division in the main event, the 24-kilometer race, earning himself the title of ‘Prince of the Cut’.

“The boards we use are also changing all time – it used to be standard to race on 14 foot boards, now we’re racing on 17 and 18 foot boards, the bigger the board, the faster it goes,” says Grant.

Competitors can reach speeds of up to 20 kilometers per hour if wind conditions are favorable. The average speed is around 12 kilometers per hour. Conditions for Saturday are looking favorable with winds between 15 and 22 knots swinging from east to south as the day progresses. The optimal weather conditions namely the powerful and consistent “Fremantle Doctor” sea breeze makes this fast event a favorite with SUP racers.

Competing for world tour points or state representation, Stand Up Surf Shop King of the Cut will be held on Saturday 2nd December, starting at 1.30pm at The Dawesville Cut at Port Boulevard and finishing at Secret Harbour. The fastest competitor is expected to finish under two hours.

The King or Queen of the Cut title and will be awarded to the first paddler across the line, regardless of board class or age.

More in this category: « Why SUP is an Ideal Sport for Seniors La Ventana Classic Returns to Baja for 2018 »