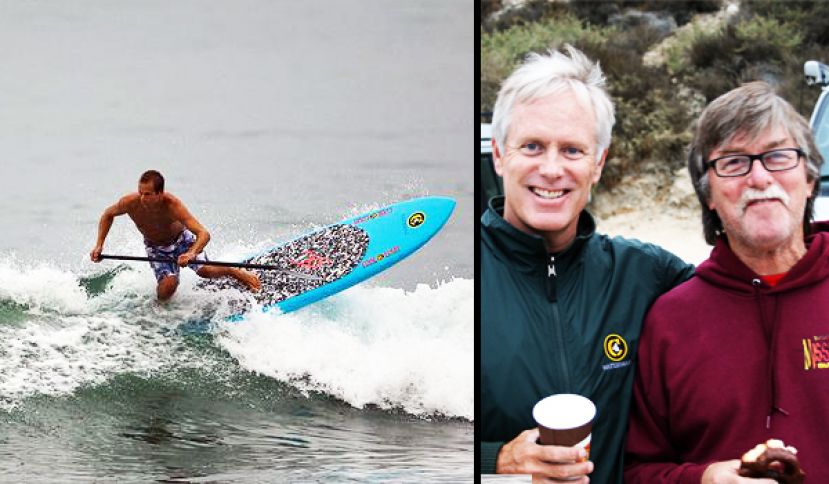 The surf didn’t disappoint. With waist to chest-high waves and a slight texture, participants were able to test-ride all kinds of equipment. Though the choppy conditions made it difficult for the long-distance boards (like the Vortice and Holo-Holo), Ted Rutherford, C4 mainland operator, wasn’t shy to take them out and put them to work. But in that shifty lineup, the high-performance models (like the BK and Swallow models) were more in their element.

The makeup of the participants was fairly variegated. Three times longboard world champion, Colin McPhillips was riding a 9’0” high-performance model and showcased some radical off-the-lips and cutbacks. Some of the C4 riders, like Jeff Warner and Rick Thomas, also appeared at the rendezvous. Warner spent some time stylishly cruising the outside waves first solo and later tandem with his kids Jack and Hanna, while Thomas decided to hang out with the land crew. On the beginner’s front, Sky Rainey was certainly one of the highlights. The teenage girl made it through the impact zone all the way to the outside to catch a beautiful, long ride all the way in, putting a smile on everyone’s face.

In sum, the stoke of the participants, the moderate surf conditions, and (how can one forget?) the stacks of doughnuts made it all for an incredible event, certainly not to be missed the next time around – stay tuned to the mylocallineup.com calendar.