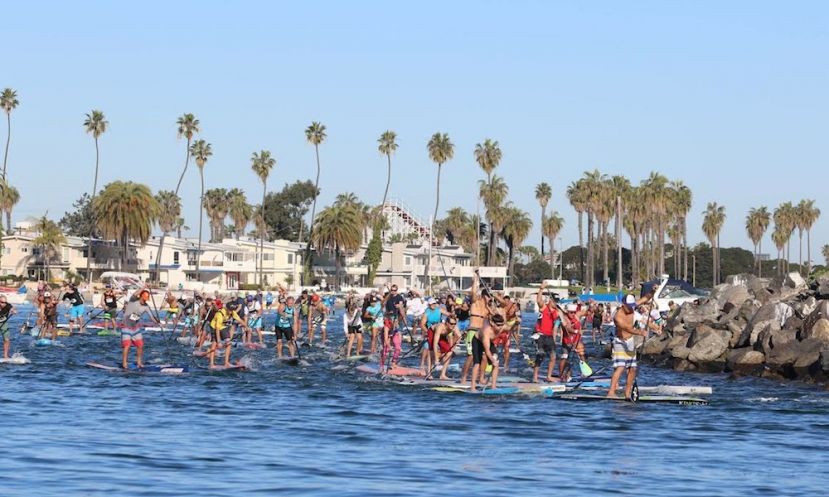 The Hanohano Ocean Challenge kicks off the 2016 WPA race season and will also offer double points to all competitors that are accumulated by region for WPA rankings. All points earned in the short course also will be included towards the WPA National Race series and the points earned in SUP 14’ Men and SUP 12’6 Women will count towards the 2015 Salt Life Cup (points earned from the WPA National races in 2016) and bonus money to the season’s top point earners.

You are encouraged to visit the race Web site for more details: Click here to register!

Important Notes on the event:

To learn more about the Hanohano and see news from past years, Click HERE.

About the Hanohano Huki Ocean Challenge:

Celebrate our 20th Anniversary with us! The Hanohano Ocean Challenge has been hosted by Hanohano Outrigger Canoe Club since 1996 after taking over the San Diego Excel Surfski Race hosted by Club Founder Egon Horcajo which began in the late 1980’s. The Hanohano Huki Ocean Challenge has grown to be one of the Premiere Races in California and one of the biggest and longest running in the nation. The Hanohano OCC is a 501c3 non-profit Organization was formed in order to unite men and women who share an interest in perpetuating and participating in Hawaiian Outrigger Canoe Racing at its’ highest competitive level. The Club encourages and promotes good will and sportsmanship among members. Hanohano Outrigger Canoe Club Web Site.