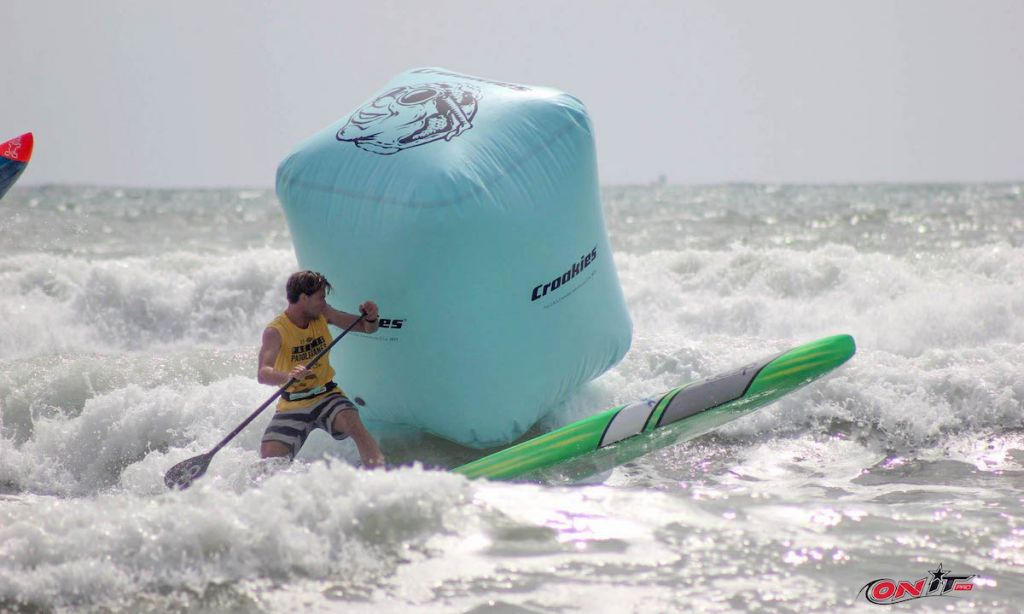 DANA POINT, California - Last weekend the Pacific Paddle Games attracted the majority of the World’s best and brightest competitive paddlers for the grand finale of the SUP racing season. The weekend was action packed and did not disappoint. Here’s how it all went down:

On Saturday, day one of the event, the morning kicked off with the distance race. The race began at 8:30am with racers having a water start in the overcast and cooler conditions (for California standards), drastically different from the hot weather we’ve seen in previous years at this event. For the next six miles racers would paddle their hearts out in their final chance of the season to show their grit. 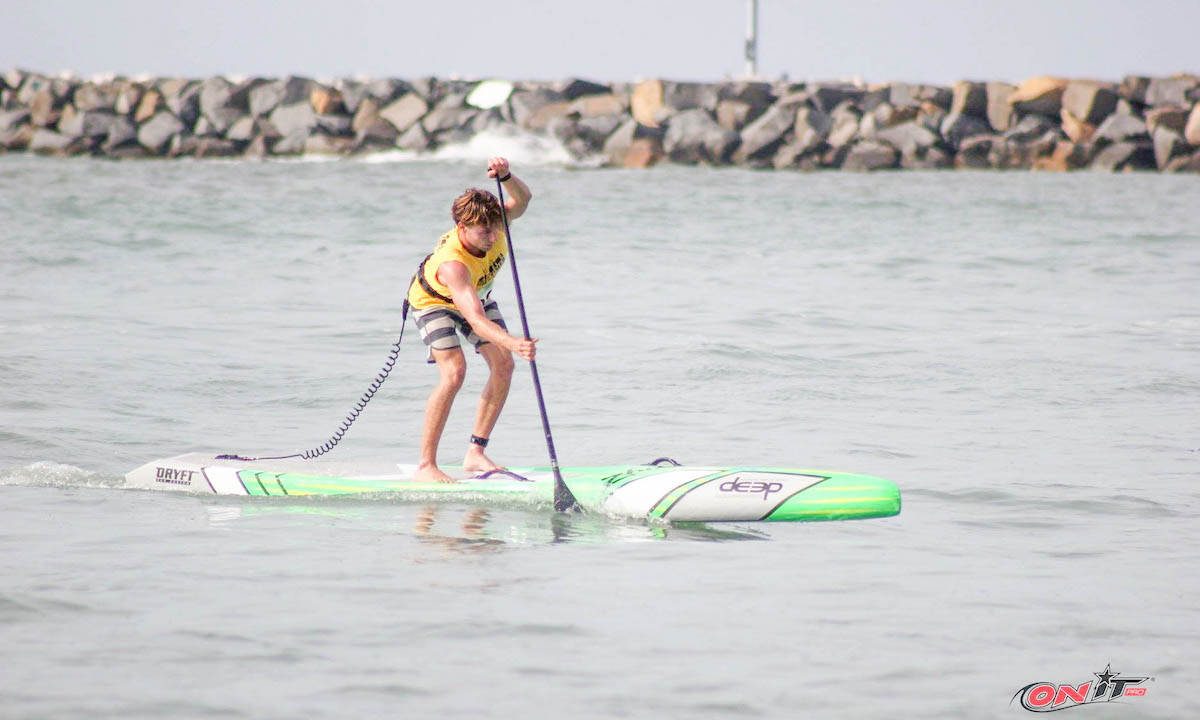 For the men the pressure was on as two paddlers, Michael Booth and Lincoln Dews, were going head-to-head for their shot at claiming the Paddle League’s inaugural World Championship title. Booth had the upper hand coming into the event but Dews was ready to fight and it showed during this first race of the event. Booth and Dews went back and forth leading the draft train for the first lap but when lap two came around, Dews made his move. Slowly but surely he pulled ahead and never looked back. Dews claimed the hard-fought win for this race and picked up some confidence along the way heading into the technical race portion of the event. Behind Dews came the powerhouse from New Caledonia, Titouan Puyo and in third was Brazil’s Guilherme dos Reis, who turned heads with his impressive finish.

For the women, the race seemed to have found its winner early on in Seychelle as she took an early lead and held on throughout the majority of the race. That is, until things went downhill during the final buoy turn where Seychelle fell off her board which ended up costing her the race. Right behind her, Fiona Wylde was in the perfect position and caught a set wave all the way to the beach to claim her first victory at this event. Behind Fiona, the queen of the PPG’s herself, Candice Appleby, came in second and Shae Foudy came in third. Seychelle ended up coming in and nabbing herself a fourth place finish. 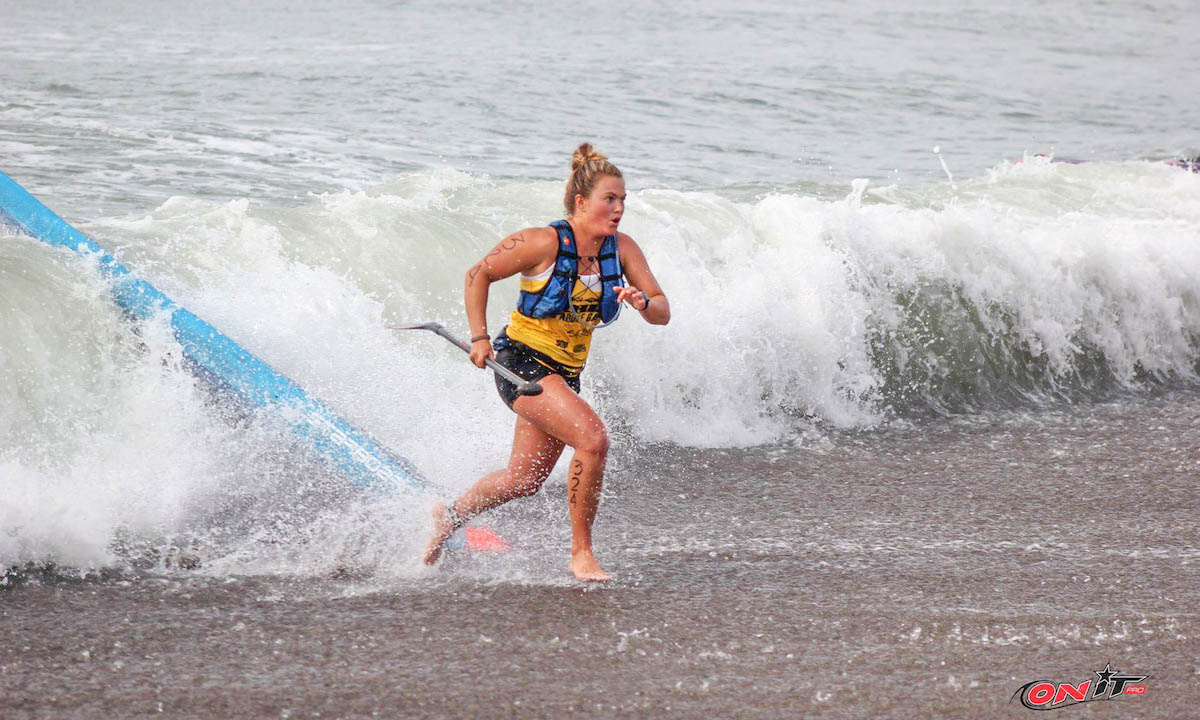 Fiona Wylde running up the beach for the win. | Photo: Onit.Pro

After the distance race in the morning, the afternoon heated up with the preliminary technical race heats where the men got their quarterfinal heats out of the way and the women made it through their semis. Paddle battles ensued and paddlers turned up the heat in anticipation for finals day on Sunday. 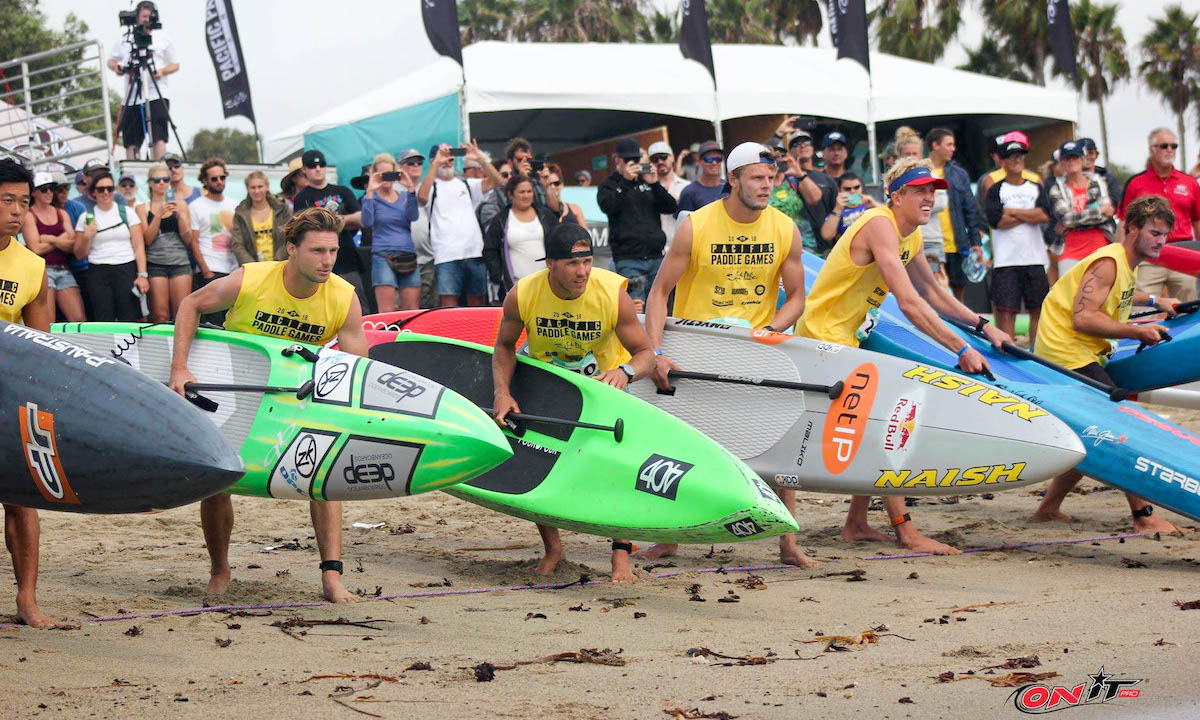 Pro men line up at the start of a Technical Race heat. | Photo: Onit.Pro

To sum it up in a few words, day two was one for the books. After the action that went down on day one the pressure was all the more intense as Lincoln Dews was in a good position to take the overall event title if he did well in the Technical Races of the day which would mean he’d have a shot at winning the Paddle League World Championship title. But you know Michael Booth wasn’t going to let him take it without a fight.

The morning started off with the Open Technical and Youth races where paddlers of all skill levels and ages were able to compete and have their moment at the season finale of paddle board racing. Then came the semi-finals of the Men’s Technical Races where the carnage was at an all-time high. The men’s field of talent was so deep that it was really an all out war to make it to the final and mistakes proved to be costly. Once again there were the vets like Mo Freitas and Connor Baxter who showed up in full force but there were a couple surprise standouts like darkhorse Guilherme dos Reis who shook up the field and claimed a spot in his first-ever technical race final at the PPG’s.

The men’s technical final was incredibly exciting to watch with no clear call on who would come out with the win. The swell in the water made it all the more interesting as one error could cost you the entire race. The race came down to the final buoy turn where seasoned vet, Connor Baxter, pulled out a beautifully executed pivot turn and pulled ahead by a slim margin over Lincoln Dews, Arthur Arutkin and Guilherme dos Reis. The glory moment came when Baxter caught a set wave to the beach where his victory would be oh so sweet. The battle would then be for second and Guilherme dos Reis beat out Arthur Arutkin coming in second and third respectively.

For the women, Fiona Wylde held her momentum from her Distance Race win and took an early lead in the Technical Race finals. After a rough start for the rest of the competitors (carnage at the hammer buoy), miss PPG herself Candice Appleby made an impressive comeback where she positioned herself right back to the thick of it between Wylde and Terrene Black. Right behind Appleby on the comeback was her protégé Shae Foudy. With a bit of luck leaning towards Appleby, Appleby found a small bump and surpassed both Black and Wylde heading towards the beach. Then, right behind her Foudy also found a small wave and was right behind Appleby working hard to catch up to fight for the win.

Ultimately, Foudy was unable to catch Appleby and had to settle for second. It turned out to be quite the nail biter though as Appleby made a crucial mistake and almost blew her shot at the win as she headed for the buoy instead of the beach. She quickly corrected her mistake though and was still able to pull through with the win making it quite the heart-pumping finish to the weekend. 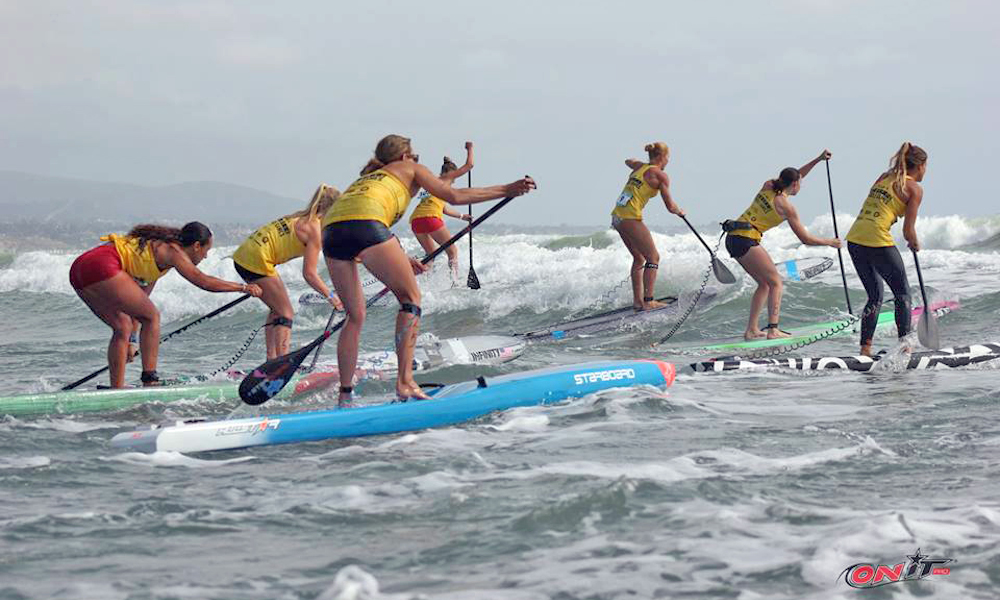 Left: Candice and Fiona battling at the buoy turn. / Right: Candice coming in for the win. | Photos: Onit.Pro

Overall, the 2018 Pacific Paddle Games went down in history as one of the most exciting and competitive events of all time. The vets showed up in full force but also some surprise darkhorses showed up and put themselves on the map as a force to be reckoned with in the future. With Lincoln Dews winning on day one and his fourth place finish on day two, Lincoln was able to earn himself the overall title at the event. With this win and his closest competitor, Micheal Booth, coming in just shy (4th) of where he needed to be on the podium to claim a Paddle League World Title, Lincoln Dews managed to walk away on Sunday as the first-ever Paddle League Mens World Champion.

For the women it was a close finish between Distance Race winner Fiona Wylde and Technical Race winner Candice Appleby for the Overall Women’s PPG Champ. In the end, it was the Queen of the PPG, Candice Appleby who earned the overall title, making this her third PPG overall win in the past four years.

Congratulations to all competitors for an incredible weekend of racing and big props to the race organizers for throwing an awesome event. Until next year…